‘I Was Afraid That Would Happen!’
By Maria Muentes

My 10-year-old son fell asleep during the election night returns. When I wake him on Wednesday morning the first thing he asks was “Who won?” When I tell him he slumps back down into his bed, “I was afraid that would happen!” he says.

He tells me he is afraid of President-Elect Trump’s proposed ban on Muslims, he imagines that Trump doesn’t know anything about Muslims and will probably just target people with olive skin and black hair like him.

“What will he do?” He asks. “Break into people’s houses to see if they’re Muslim?” His fears are not baseless, as a candidate, Trump has fanned the flames of racism and violence, against women, Blacks, Latinx, Muslims, lesbian, gay and trans people. I tell him I too am fearful of what’s to come, but we also have the ability to organize and fight back.

He tells me that when Trump says make America great again he must “have thought it was great when women couldn’t vote, and there were separate schools for black and white.” Although those are different eras historically, he has picked up on the meaning of Trump’s campaign slogan, that women and people of color have too much power. That white people are aggrieved because they perceive themselves as having lost power.

He even manages to joke about the now president-elect’s arrogance and say “Trump will change everyday words to ‘Trump’ so we all have to say his name every time we speak.”

For my 16-year-old daughter, the effects of a Trump presidency are more immediately scary. What will this mean for her as she plans to go to college in two years? Will college be unaffordable and even the meager college aid that currently exists slashed?.

She describes to me the post-election day discussion at her school. Several students were crying. One girl is afraid because her mother is a teacher. Will Trump cut funding to the school or otherwise target teachers? Will her mother lose her job? How will they survive? Another student is afraid that Trump will end the public assistance benefits her family needs to survive. Yet another is afraid because she is part of a religious and cultural minority she fears could become the target of such a racist and intolerant president. “By the end we were all crying,” my daughter say, “but we realized we are not alone.” They made a plan to go to Union Square to be together with others who woke up on the morning after the election to find their very lives in the crosshairs.

My children know that we’ve been here before, even if not quite this same way. In their young lives we have marched for immigrant rights, against the war in Iraq, against the destruction of our environment and against police brutality. They know I will not dismiss their fears because I know how very real they are. They know we will fight whatever terrible changes come our way, together.

An Awake Teen-ager
By Priscilla Grim 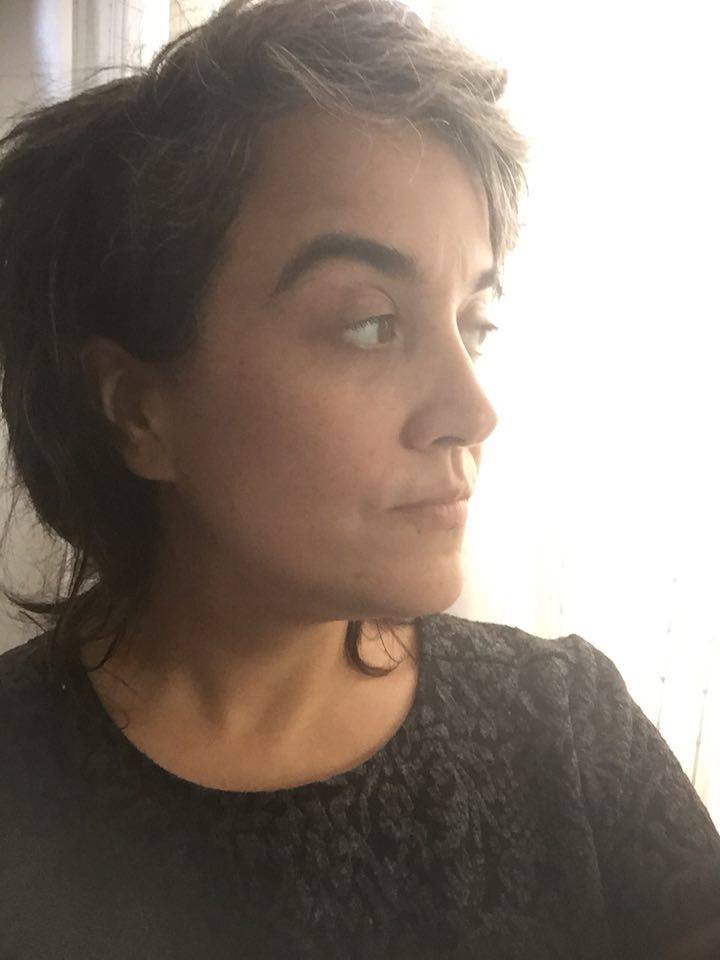 “I don’t have to go to college to become President,” my teenage daughter jokingly responded when I asked her what she has learned from witnessing this year’s theater-of-the-absurd presidential election.

I used to joke that she could go to college only in states that had safe abortion services on demand. Now I am deadly serious.

The day after Trump’s win, we went to see the Julie Ruin perform at Irving Plaza. Band member Kenny Mellman kept pleading with the “young people” in the audience to “take up the fight” against the new form of fascism that has risen in tandem with Trump. My daughter kept looking down; I think because, sometimes, growing up in Brooklyn is hard enough without having to think about fighting fascism. I point out daily that we see oppression when poverty forces people to sleep on sidewalks and teenage moms to shoplift diapers. What does “fighting fascism” look like when you are a teenage girl who just wants to watch RuPaul’s “Drag Race” after school? What does “fighting fascism” look like when you are both flirting with and fighting off objectification?

Over after-show burgers, she told me that a few of the other kids at her Park Slope school have confessed that their parents voted for Trump. “What do you think about that?” I asked her. She said they were shocked and upset. Her generation is as baffled as the rest of us as to why the words of racism and sexism have resonated strongly around the United States. Listening to her, I’m hopeful. She is awake, and I hope she will remain that way. 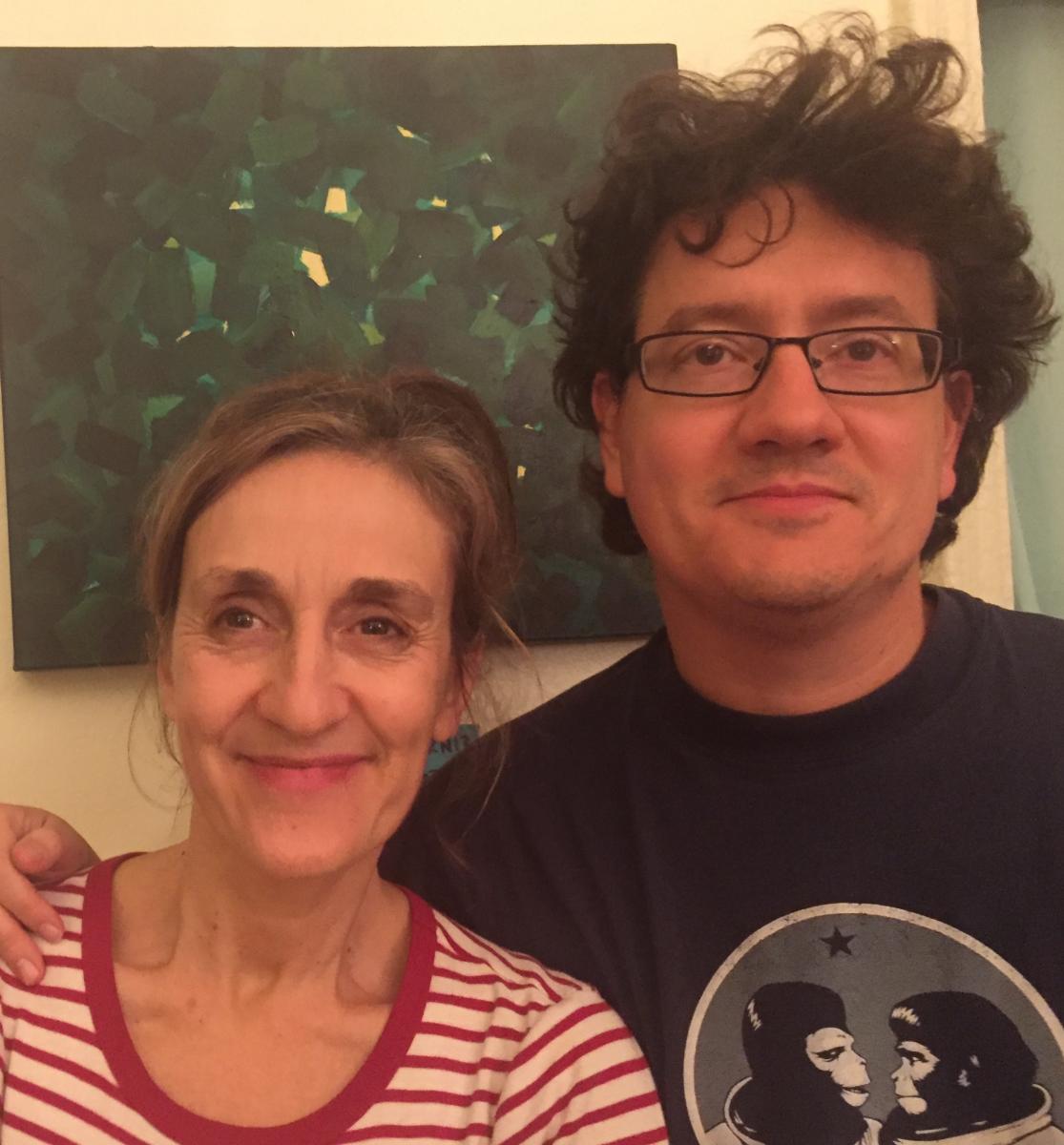 Because we are interested in and affected not only by electoral or institutional politics, but also community, everyday politics, our three-year-old, Max, wants to know about it and asks questions. We have had to decide whether we try to direct his attention somewhere else or we try to include him in our political life. We are trying to do the second at the risk of sometimes sounding like we “indoctrinate” him.

Max knows about the housing movement in Spain, the PAH, because he has seen several times a documentary about people resisting evictions. From there he got the concept that some people -and “the banks”- don’t know how to share and want everything for themselves. When the angry face and the yelling of Trump appeared in his life, he quickly identified him with that kind of people.

He was asking why Trump is like that, so we made up a story about Trump’s childhood: his parents refused to love him unless he always was “the first” and the “winner” in everything. That’s why he became so angry and sad for the rest of his life. Then Max continued the story: “and then Spiderman and Batman went to his house and they played music for him so he wasn’t so sad in his heart.”

We are scared about the fate of public schools with Trump’s administration. Our son is a person of color. We worry about the increase in racism. At the same time, we think there is going to be a possibility for a stronger political alliance between social classes and races in the city to resist what’s coming.