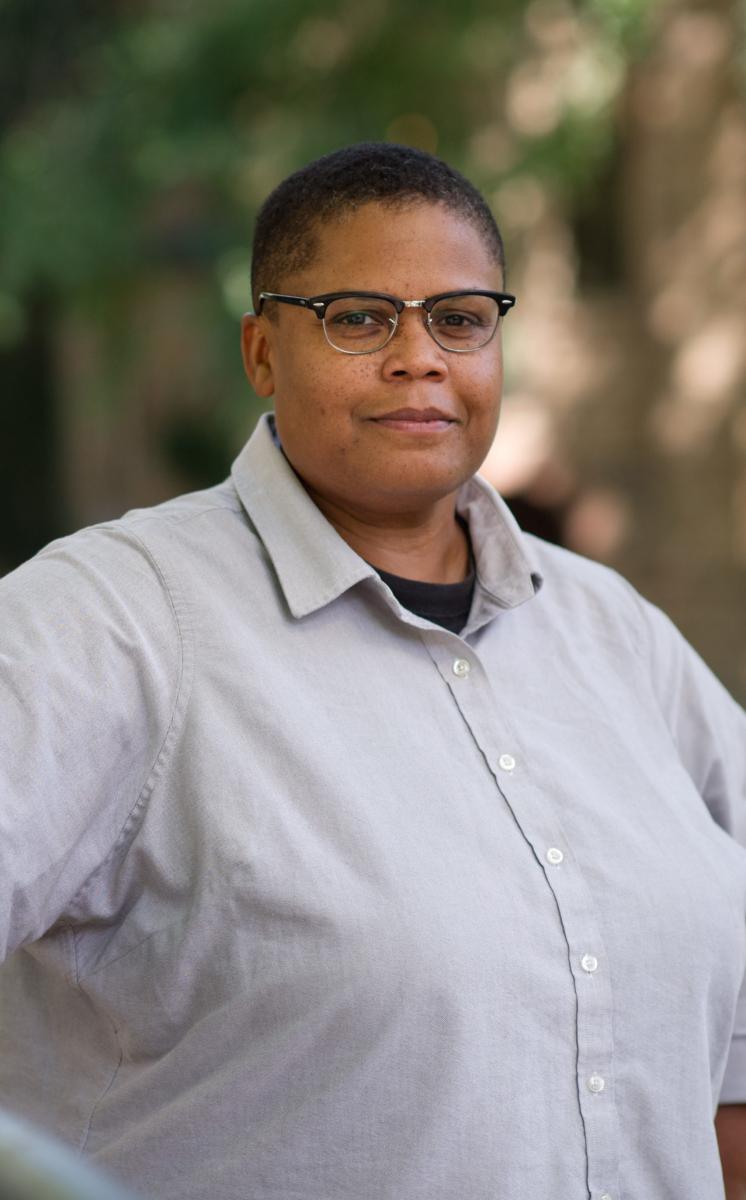 Keeanga-Yamahtta Taylor (right) is the author of From #BlackLivesMatter to Black Liberation (Haymarket Books, 2016). Fellow Princeton professor Dr. Cornel West has described Taylor as “the most sophisticated and courageous radical intellectual of her generation.”

Ahead of the Women’s March on Washington, Taylor spoke with The Indypendent about working class feminism, identity politics, Obama and how social movements can take on Trump.

The Indypendent: What do you hope the Women’s March will accomplish?

Keeanga-Yamahtta Taylor: The march marks the beginning of the Trump resistance. Not only will this be a source of embarrassment for Trump, it will also be the very beginning of building the kinds of connections, relationships and new organizing needed to confront the new president. Since the election there has been so much shock, anger, sadness and despair. Demonstrating is the way out of it. We can still be angry but we need to get beyond the disbelief and despair and into the organizing.

Standing shoulder-to-shoulder with hundreds of thousands of people will cut into the isolation and misery many of us have been experiencing. We will feel defiant and confident. We have to turn that same spirit into organizing and protest. Saturday is the first of a million steps necessary in the rebuilding of our social movements.

Are there immediate steps you recommend women, people of color, immigrants and allies take to defend themselves against Trumpism?

There are some fights that we can anticipate and should begin to prepare for: an attack on immigrants; an attack on the low wage worker struggle; an attack on reproductive rights; heightened confidence and aggression of police directed at African Americans and other racially and ethnically oppressed communities. We should already be preparing defense committees, but also pursuing strategies that look to unite the broadest coalitions and groups of people to take on Trump.

Of course, it is much easier to say this than to put the human and material resources together to make it happen. Yet, there are activists who have been involved in this work for a very long time. Our bigger challenge, as a left, is to figure out how we draw new people into our movements.

The second challenge is developing genuine solidarity among those people who recognize the need to struggle. Our movements have been riven by division and strife. Those divisions cannot just be papered over. Some of them are grounded in politics, strategic questions and genuine differences of opinion on how to move forward. We have to create political spaces within which we can have healthy exchanges and debates about this political period, what is needed and, more generally, how to achieve our goals. It’s a big challenge.

On the left, a lot of criticism has been heaped upon identity politics as practiced by the mainstream Democratic Party. But a lot of people are simultaneously feeling under attack based on their identities. What would you say to these folks and their allies?

The notion that the Democratic Party lost the national election and has continued to lose in statewide battles because they are beholden to the LGBT, Black, Latino and other oppressed groups’ votes is to really ignore reality. Of course, the Democratic Party tries to appeal to these groups, but typically on the basis that the GOP will be worse for them. And appeals that are made are rarely reinforced with actual, tangible benefits. This political posturing should not be confused with actual politics.

There is an entirely separate question for the left to consider — which is, can identity politics, alone, liberate the oppressed? But that debate has nothing to do with the Democrats.

After Clinton ran a campaign promoting what many people see as an upper middle-class version of feminism, what do you see in terms of prospects for a broader-based feminism that speaks to issues of class and appeals to women of color?

The material conditions for the re-emergence of working class feminism never go away. Those conditions, in fact, are about to become even more dire as Trump's right-wing agenda will have a disproportionately destructive impact on women, and especially women of color. But the question of new organization or the re-emergence of a certain kind of politics is not only about the existence of material conditions but is very much a subjective, political issue.

We should expect to see the emergence of struggles around abortion rights, low-wage work, sexual violence, child care among other issues that are central to working class women's quality of life. The class character of these struggles will be undeniable as we can expect economic inequality to deepen and worsen during the Trump regime.

How much weight or significance should we give to the symbolic value of the Obama Presidency?

For most African Americans, I would venture to guess, there will always be a sense of pride and even accomplishment for the Obama Administration — especially when contrasted to the boorish corruption of what preceded and of what will follow it. But as to its value or significance?  For the vast majority of Black people, beyond symbolism, there will be very little value.

If we are to charge the worthiness of a political regime based on the improved quality of life for ordinary people, then on what basis would the Obama Administration be judged as anything but ordinary or underwhelming?

That is not to cast complete and total blame for the dysfunction or ineffectiveness of our government in his direction. But it is to say that he was somewhat inconsequential in the everyday lives of most ordinary people, including most Black people. One need look no further than the Trump victory to understand that. If Obama was truly as great and transformative as he seems to think he is then he will have to explain why Clinton received 4 million fewer votes than he did in 2008, even though 6 million more people voted in 2016. The election was deemed his third term. That is a pretty damning fact.

Given the increased interest in socialism these days, how can socialists avoid the pitfalls that befell their 20th Century predecessors; splits, sectarianism, dogma?

These are important questions to ask. If we can understand the broader context, it can help avoid thinking the state of the U.S. left is only a matter what people do or do not do alone.

That being said, everyone must realize that it’s a new day. There are literally millions of people radicalizing in the United States. Thirteen million people voted for Sanders, an open socialist. Any socialist organization that is not twiddling its thumbs should be able to win people to a deeper understanding of socialism and to being organized. We must open up organizations and engage with new radicals and help build a new left that can take on the many, many challenges presented by Trump.