Born on February 28, 1927, Donald Paneth started his career in journalism as a cub reporter at the New York Times in 1944. He covered the launching of the United Nations in New York in 1945-1946 for The Times. He left the Grey Lady in 1949 and went on to work for a number of New York City newspapers and magazines before returning to the United Nations to edit its annual yearbook for many years.

Shortly after 9/11, Donald came by our office to see if he could help out. He soon became the oldest member of the Indy collective and with his penchant for wearing three-piece suits at all times of the year, the best-dressed as well. Utilizing his encyclopedic knowledge of the U.N. Security Council, the former Timesman provided in-depth coverage from inside the UN of the U.S. drive for war in Iraq. He would continue reporting from the UN for us through 2008. In recent years, the life-long New York native has focused on writing poetry and fiction.

Gruff, erudite and always ready to enjoy a good laugh, Donald has a wide-ranging mind that is still as clear as a bell and boy is he upset about the other Donald. We recently interviewed him at his beloved United Nations and will be sharing that in the near future. For now, he savors a milestone in his long and eventful life.

John Tarleton is Editor and a co-founder of The Indypendent. 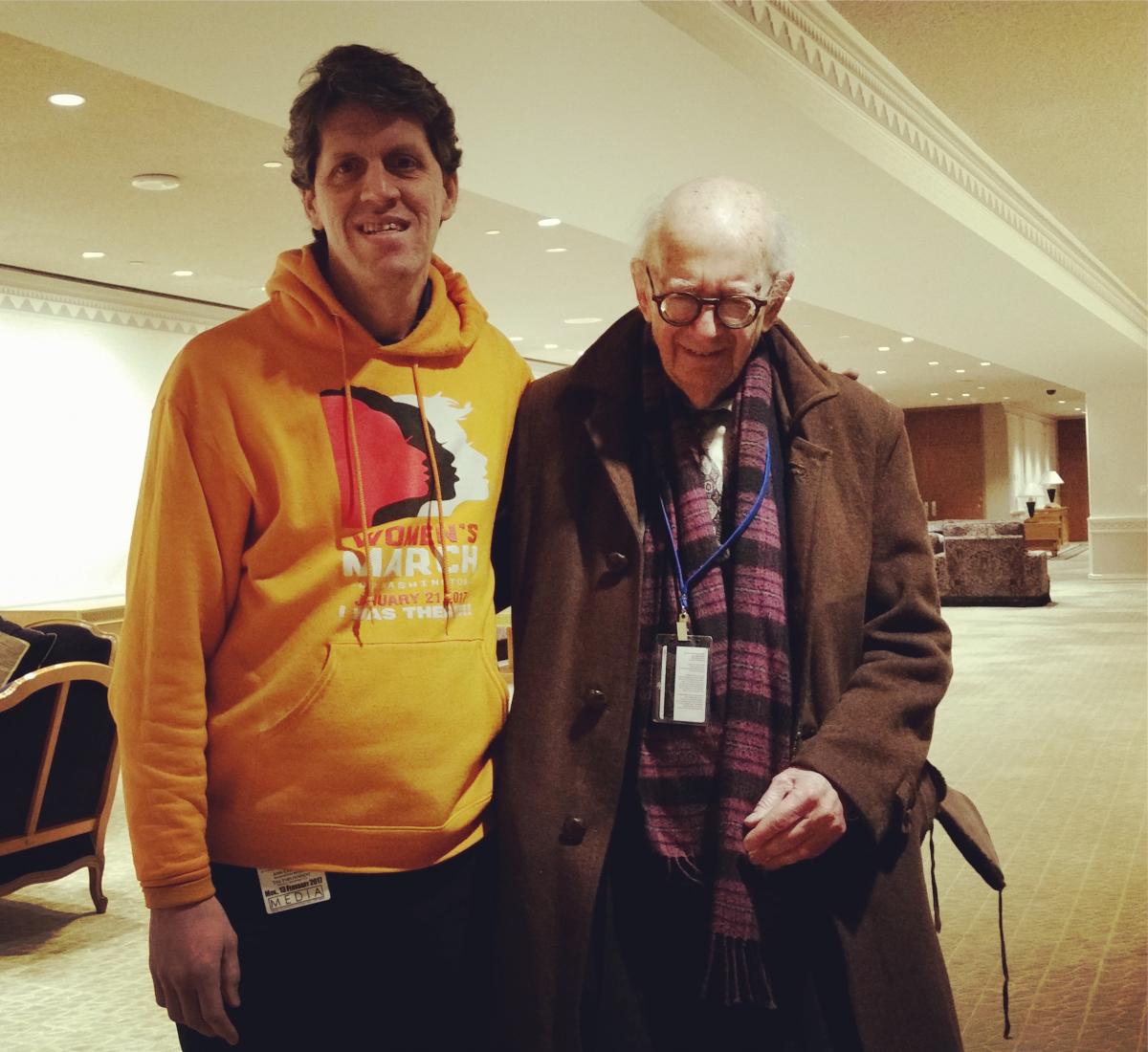