Reproductive rights were a centerpiece of the massive women’s marches throughout the United States and the world, both on Jan. 21, the day after Donald Trump was inaugurated as President, and on International Women’s day, March 8. Trump’s threat to reproductive rights is real and profound. It is already clear that his choices for federal judges will be heavily influenced by the religious extreme right. However, to move forward, this movement must embrace a broader feminist agenda beyond reproductive rights. It must be intersectional and inclusive and avoid the alienation of women of color that occurred in the 1960s and 1970s.

Child care must be part of this agenda. It should be understood as both a necessary social investment and an issue of labor rights for child-care providers. It has only been through the availability of child care that many women have been able to stay in the paid labor force. However, this has often been accomplished on the backs of poorly paid providers, most of whom are women, and disproportionately women of color. In order to be more inclusive, the new women’s movement needs to put concrete universal child-care proposals on its agenda, and fight for better pay and working conditions for providers.

Child care should not be considered “a woman’s issue.” However, any feminist movement must understand the historical and current role that women play in child rearing, and include child-care support and policies on its agenda. Women with children earn 71% of what fathers earn. Having children affects their treatment in the workforce and without proper support, it is difficult for many women, other than the very rich, to keep jobs. Many families have remained in the middle class solely as a result of a second household additional income, that of a woman. Child care must be available to enable women to work, or many more families will fall into poverty.

Any new movement must also put the needs of child-care workers in the forefront. They are among the lowest-paid people in the U.S.: According to a 2016 report by the University of California at Berkeley’s Center for the Study of Child Care Employment, their median wage is less than $10 an hour, and 46 percent receive public assistance such as Medicaid or food stamps. Pre-kindergarten teachers fare somewhat better, it said, but in general, training, educational support, benefits, and resources for child-care providers are “optional, selective, and sporadic.” Only 15 percent receive employer-based health insurance, and even fewer receive pension contributions from their employers. Many of these women face a loss or reduction in health benefits if the Affordable Care Act is revoked. Many have limited or no sick leave. 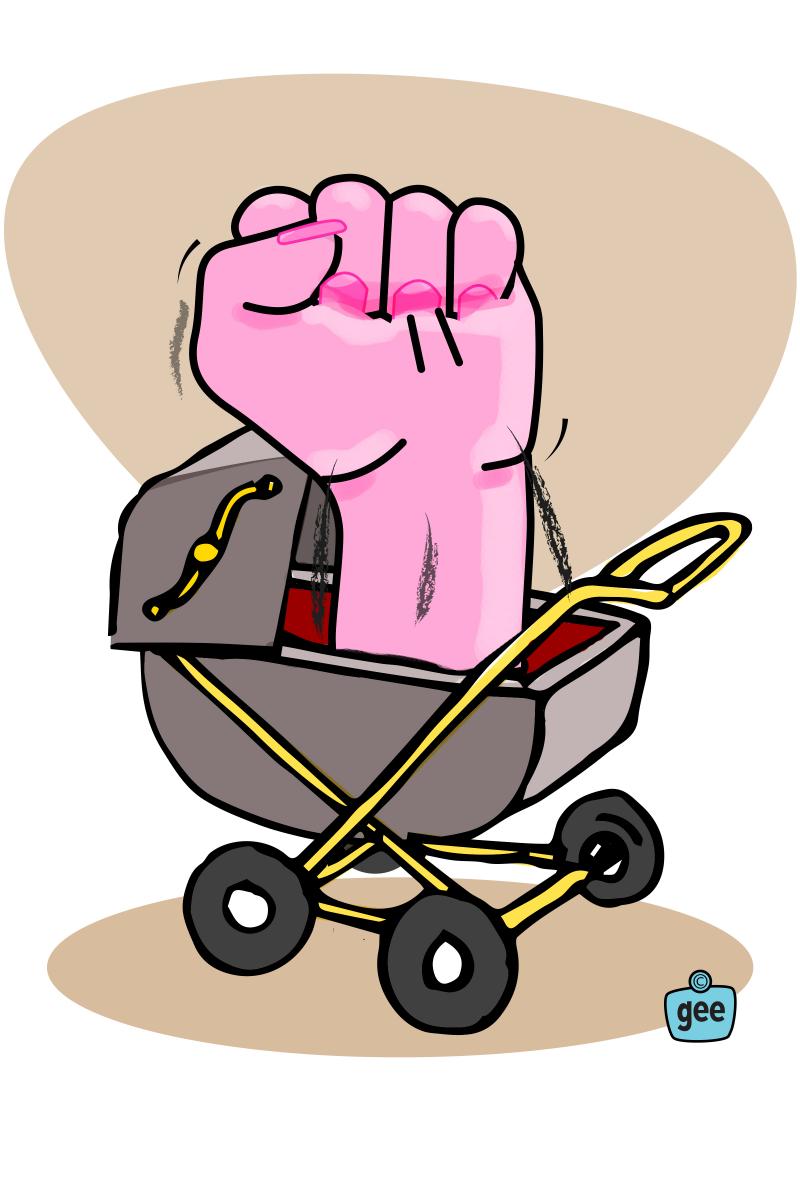 Dr. Corey Shdaimah and I recently completed focus groups with child-care providers throughout the state of New York. Our research found that most need more financial support. Though we did not ask their incomes, we were struck by the financial challenges that the home-based providers reported. Many were struggling to afford participating in training or to fund fingerprinting of new workers, a federal requirement that can cost between $50 and $200.

Immigrants make up a significant percentage of the child-care and early-education workforce. In New York and California, approximately 40 percent of all child-care workers are immigrants. Nationally, 18 percent of all early care and education providers are. Half of these women work in informal home child-care settings. Many are undocumented. An inclusive feminist agenda must ensure that these women remain safe, receive support for their education, and are fairly paid.

The cost of child care is a huge financial strain for many families. Though proposed tax benefits may help some, they fall far short of addressing the core problem: If we want qualified well-educated people to care for our children, we need to be able to pay them a living wage. We have not been able to find a way to use technology to make child care more productive or cheaper. In order to ensure that parents can afford care and that providers receive a living wage, we as a country need to subsidize child care. This will be expensive, but if we want to be competitive in the future, we need a well-educated public and this education needs to begin early.

Subsidizing child care is not a new idea. In fact, much of the industrialized world provides both child care and health care as a basic right. We could learn from Sweden, France, England, and many other nations. The last time this was considered on a national scale in the United States was in 1971, when President Richard Nixon vetoed a bill that would have created a network of federally funded child-care centers, with low-income parents’ payments subsidized. It is time for the feminist movement to add child care to its priorities, and to work toward putting universal child care back on the national agenda.

Elizabeth Palley, JD, PhD, MSW is a Professor of Social Work at Adelphi University and the co-author of In Our Hands: The Struggle for U.S. Child Care Policy (NYU, 2014)