Contemporary country music doesn’t have too great a reputation these days. Even its biggest fans listen half-jokingly waiting to hear watchwords like “Jesus,” “flag,” “family,” “pick-up truck” — expressions that tiredly affirm ideology or lifestyle more than anything else.

Meanwhile, folk music doesn’t have much a reputation at all. Country has been plagued with “bro” tropes and folk muddied with electronic dance. Still, while most of us weren’t paying much attention, American roots music has entered an era of self-reflection, rediscovery, and exceptional growth.

The spirit of the old tradition has been exhumed by luminaries like Chris Stapleton, Jason Isbell, and Sturgill Simpson — all of which have helped pave the way for more like-minded artists to reach an audience they just a few years ago couldn’t have possibly fathomed. In 2017, it appears the future has one foot planted in the present; the other firmly in the past.

Chris Stapleton spent much of his career penning hits for major country stars like Luke Bryan and Kenny Chesney. However, 2015’s Traveller launched him into the highest tiers of popular music and his performance with Justin Timberlake on the Country Music Awards that same year made him a household name. The album was heralded as a refreshing return to form for the genre, drawing inspiration from outlaw country greats of bygone years. With From A Room: Volume 1, one might expect Stapleton to make a strategic pivot to play to a bigger crowd, but as he told Beats 1’s Matt Wilkinson, only one approach seems right: “Dance with the one that brought ya.”

Stapleton’s whiskey infused, gravel gargled, honey smoothed voice is one of the best in music today.

The album was recorded in Nashville’s RCA Studio A, a locale that saw recordings from such icons as Elvis Presley, Dolly Parton and Waylon Jennings. The songs, themselves, have been with Stapleton for years, if not decades, every single one predating Traveller. Though he prefers writing a song in a matter of hours, he’d rather sit on a song for a good long while, to make sure it holds up, than release it right away. As a matter of principle, Chris brings history with him and would rather play up to legend than out to a wider audience.

He plays in the wheelhouse of outlaw and soul greats, influenced equally by artists as diverse as Sam Cooke and Dwight Yoakam. On “Up To No Good Livin’,” Stapleton exemplifies the semi-remorseful dirtbag (“I used to cuss like a sailor/ and howl at the moon/ And I woke up some morning with I-don’t-know-who/ But I never dreamed back then I’d have to pay for it now”) just like Buck Owens before him. On “Second One To Know,” feeling of desire is as red hot (“Don’t put my love on your back burner/ Never let anything that hot get cold”) as any Otis Redding sang about. He smokes weed like his buddy Willie Nelson (“Them Stems”) and is set to die for his crimes like Johnny Cash (“Death Row”).

Yet Stapleton shines bright enough to not stand in anyone’s shadow. His whiskey infused, gravel gargled, honey smoothed voice is one of the best in music today. His appreciation of history doesn’t prevent him from carving his own legacy. 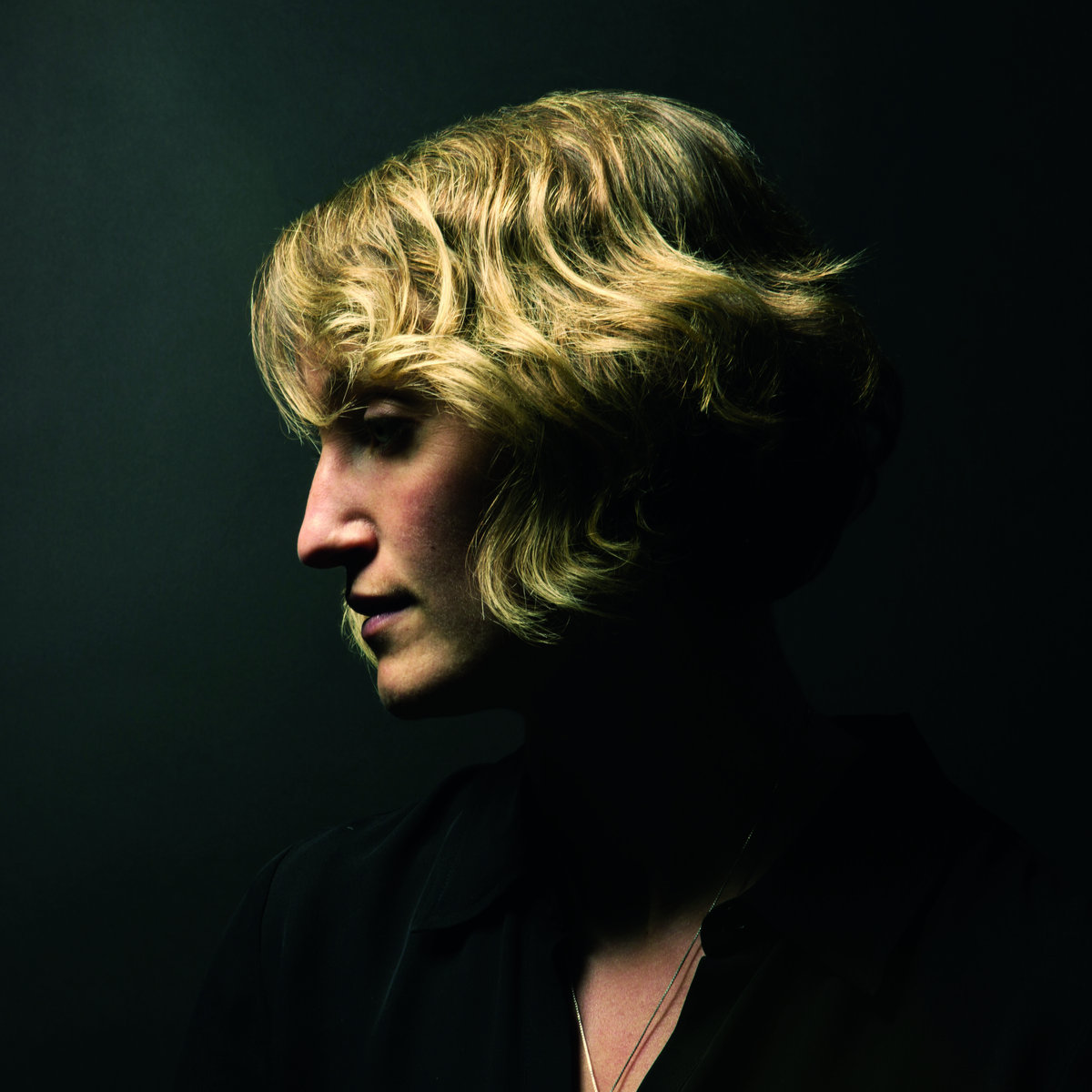 Kentucky folk artist Joan Shelley also plays pretty at home within the traditions of her genre. Her newly released self-titled album positions her not reinventing, but doubling down on the sound she developed over the course of her four prior records. Shelley occupies a folk sound that straddles Appalachia and the British Isles, influenced by songwriters like Pennsylvania’s Michael Hurley and England’s Sandy Denny. Though her music was born out of the past, Shelley thrives in the minutia of the current moment.

The album’s centerpiece, “Even Though,” plays like a series of static images. A set of lovers seem frozen in time, “Resting there, your head across my thigh, there are no calls that could move you from me.” Uncertainty arises, “I’ve seen the sun rise over you, now I see it setting down.” A lover pleads, hoping to stay in this moment forever, “Yes I can bear you, yes I can bear it all.” The entire song, like many others on the album, tells a complete and heart-wrenching story in as many words one might use to order a cup of coffee. Shelley expresses self-doubt and longing, cushioned by touches of tenderness and empathy.

She is a master of minimizing matter without sacrificing impact, adding only what is necessary. The album cover is a portrait of the artist with all but her face and chest shrouded in dark, seeming to imply that all you need is her voice and her heart — evidenced further by the fact that the album’s title is simply Joan Shelley. Her traditional folk sound contains light flourishes of electric guitar and drums, but sparsely, and they are gentle when present. There’s not much here that breaks the mold, but it fits the mold well. It nestles in beautifully, and, as the album itself implores in its final track, “Isn’t that enough?” 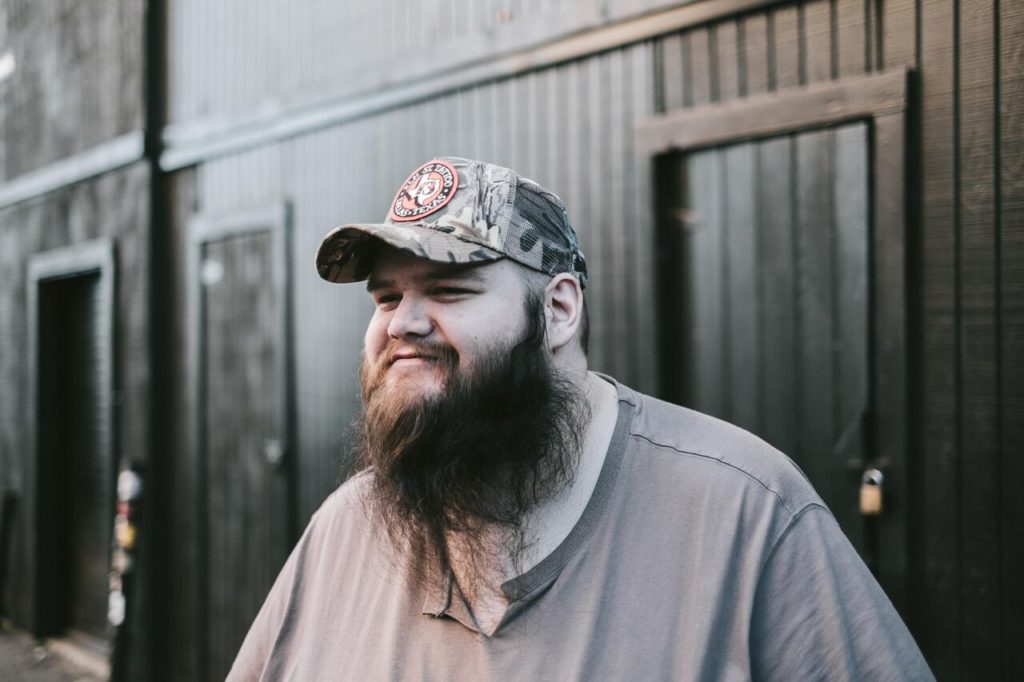 For John Moreland, it’s important to break with the past, at least in personal ways. Moreland’s last album, 2015’s excellent High On Tulsa Heat, showcased his penchant for penning a damn fine sad song. And he still unpacks some of his troubled past on Big Bad Luv, admitting, “If it don’t bleed, it don’t feel like a song” (“Old Wounds”). This time, though, he takes a few moments to appreciate how far he’s come since then.

Moreland was influenced heavily by the punk and hardcore groups of his youth, and he carries their raw emotional energy and heart-on-your-sleeve lyricism into his country troubadour sound. He walks a path that Townes Van Zandt, Lucinda Williams, and even Bruce Springsteen paved for him, and he’s as magnetic as any of them. Moreland has managed to accomplish a difficult task faced by any artist known for sad songs: he found some happiness (recently married, newfound success) and wrote an album that was true to his current self, rather than chase after the man he used to be.

Most of Big Bad Luv focuses on these two different men. On “No Glory In Regret,” he notes, “Don’t it feel like the truth/ Comes at the price of your youth?” You can spend your whole life chasing something, only to realize what you need and want is something completely different. On the album closer “Latchkey Kid,” Moreland proclaims, “Cause I’ve found a love that shines into my core/ And I don’t feel the need to prove myself no more/ And when I look into the mirror, now I see/ A man I never knew that I could be.” Moreland’s melancholic past made him the man he is today.

Modern roots music is in a very good place not because it attempts to recreate old glories, but because it honors its history while looking forward and around us. These are songs for our present in the spirit of the past, and they don’t need much to say a lot. The framework is all there. As John Moreland puts it in “Lies I Chose To Believe,” “Just a little solid ground to stand/ Is all I ever needed.”