The Indypendent
Menu
A Free Paper for Free People
Students on the quad at SUNY Albany. Credit: Flickr/M00by.

On April 12, New York Gov. Andrew Cuomo arrived at La Guardia Community College in Queens to sign into law his much-touted free college tuition bill. “No child will be denied college because they can’t afford it,” Cuomo told a crowd of cheering students and local politicians.

If only it were so.

As a watered-down version of Senator Bernie Sanders’ free college proposal, Gov. Cuomo’s Excelsior Scholarship pits the needs of middle-class and low-income students against each other.

His Excelsior Scholarship will provide free tuition to City University of New York and State University of New York students whose household incomes are under $100,000 as of fall 2017 (this cap will increase to $125,000 in 2019). However, several requirements will preclude most CUNY students, who on average are less well-off than their SUNY counterparts, from participating.

Recipients of the Excelsior Scholarship must be full-time students. They must graduate within four years. And they must remain in New York State after completing their degree for as many years as they received the scholarship — or else it becomes debt that must be repaid. According to the New York Times, only 3,000 to 5,000 of CUNY’s 274,000 students will qualify.

But like most low-income students, the majority of Nestoiter’s tuition expenses are usually paid for by Pell and TAP grants, the federal and state financial aid programs. “The [Excelsior] scholarship wouldn’t really apply to [my] tuition,” says Nestoiter.

Nestoiter would benefit more from assistance with books and other living expenses. He spends around $700 on textbooks and subway fare each semester, and will work full-time over the summer to save for the school year rather than pursue internships that could advance his career. “If [scholarship] money could be spent buying textbooks or covering some living expenses, it would ease the burden of going to college,” he says.

The Excelsior Scholarship does not extend to expenses beyond tuition — unlike the free tuition programs proposed by Sanders. According to the College Board, tuition fees make up well under half of the costs associated with being a college student.

Stephen Brier, a professor of urban education at the CUNY Graduate Center, and co-author of Austerity Blues: Fighting for the Soul of Public Higher Education, says that the Excelsior Scholarship serves both to appease Governor Cuomo’s middle-class constituents upstate, and to strengthen his record as a “progressive” if he pursues a presidential bid in 2020.

“It’s got much less of an impact in New York City, and much larger an impact outside in different parts of the state,” said Brier. “CUNY students are older. Many of them have to work full-time jobs while they go to school. They have their own families to deal with. They’re poor. We’ve got thousands of undergraduates going to CUNY who are homeless.”

But the Excelsior Scholarship marks a substantial victory for middle- and upper-middle-class students, says Kevin Stump, the northeast director of Young Invincibles, a millennial advocacy group — despite its negative impact on the 20 percent of SUNY graduates who typically leave the state upon receiving their diplomas.

“We’re finally providing relief to New York’s middle-class families who maybe haven’t been helped with financial aid as much as lower-income students,” said Stump. “But this actually does nothing for New York’s most at-need students and families.”

CUNY and SUNY students who do not qualify for the Excelsior Scholarship face annual tuition increases of $200 per year over the next five years, which means they will be subsidizing their better-off peers’ free tuition. The Excelsior Scholarship could also hurt lower-income students by making the admissions process more competitive as upper-middle and middle-class families turn away from private schools, and flood the public university system, according to Brier, the CUNY professor of urban education. 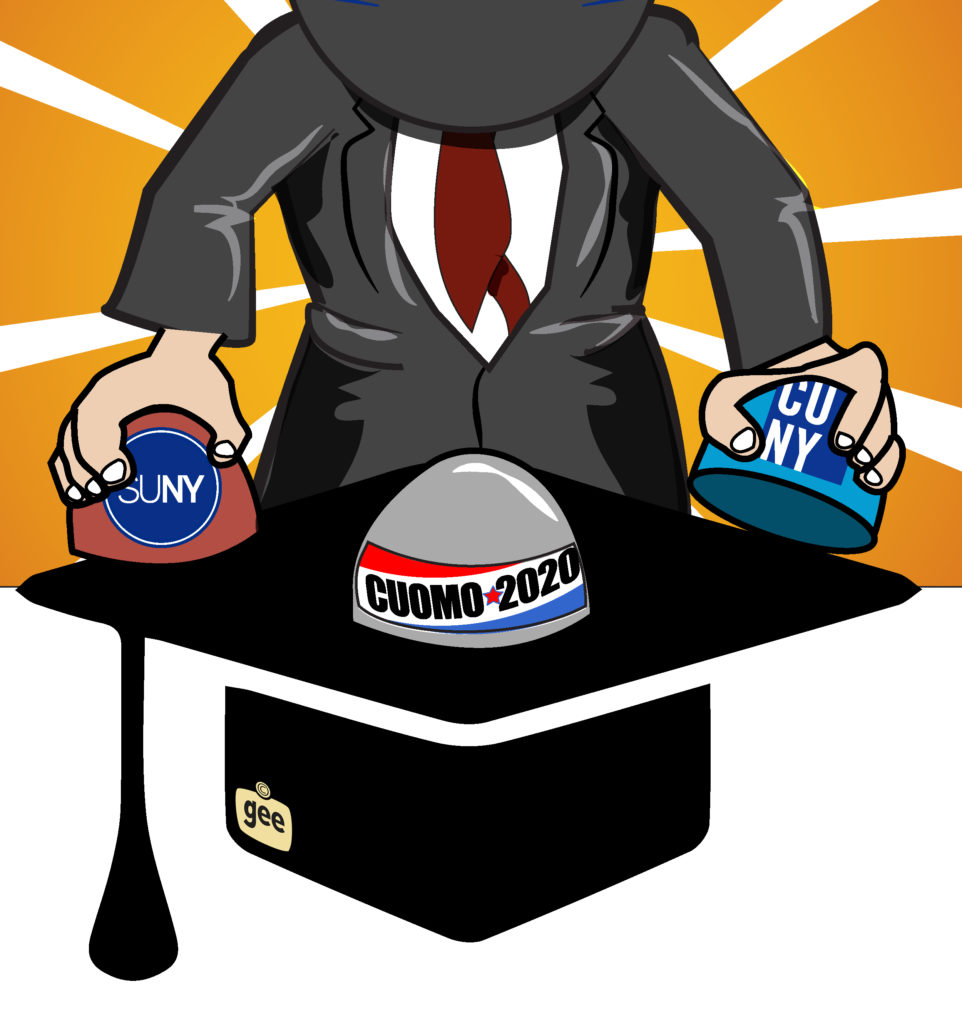 Founded in 1847 as the Free Academy with a stated mission to educate “the children of the whole people,” CUNY provided free college education to generations of immigrants striving to rise out of poverty. That ended in 1976, when CUNY began charging tuition amid the financial crisis that struck New York City in the mid-1970s.

“The loss of free tuition really had an impact on poor students,” Brier told The Indypendent. “When it was eliminated, CUNY’s numbers dropped. We didn’t come back to 250,000 [students] until very, very late in the 1990s.”

Despite its myriad flaws, the Excelsior Scholarship does mark something of a milestone in the drive to restore an earlier consensus that public higher education should be free after decades of increasing austerity.

“We made a commitment as a nation in the post-World War II period that public education would be free and available to everyone who was interested in pursuing it. And we created institutions like city colleges, junior colleges and state colleges,” Brier said. “It was a different world. And that is the world, I would argue, that we should go back to.”