In his budget blueprint, released in March, Donald Trump called for drastic cuts to scientific research. Federal funds for health, environmental and technological research would have been drastically slashed.  One example: An Energy Department program that has provided $1.5 billion in grants for renewable energy development since 2009 would get the ax if the president had his way, along with a $900 million slice of the department’s Office of Science.

Many of the most arbitrary cuts have proven to be deeply unpopular (Republicans get cancer too) and may not survive congressional budget negotiations that will take place later this year. Yet Trump’s budget blueprint was a loud declaration of the president’s priorities, which clearly privilege militarism over knowledge.

In response, hundreds of thousands of people took to the streets around the world for the global March for Science on Earth Day,  April 22. The Indy spoke with some of the scientists who participated in New York. Here is a sample of what they had to say. 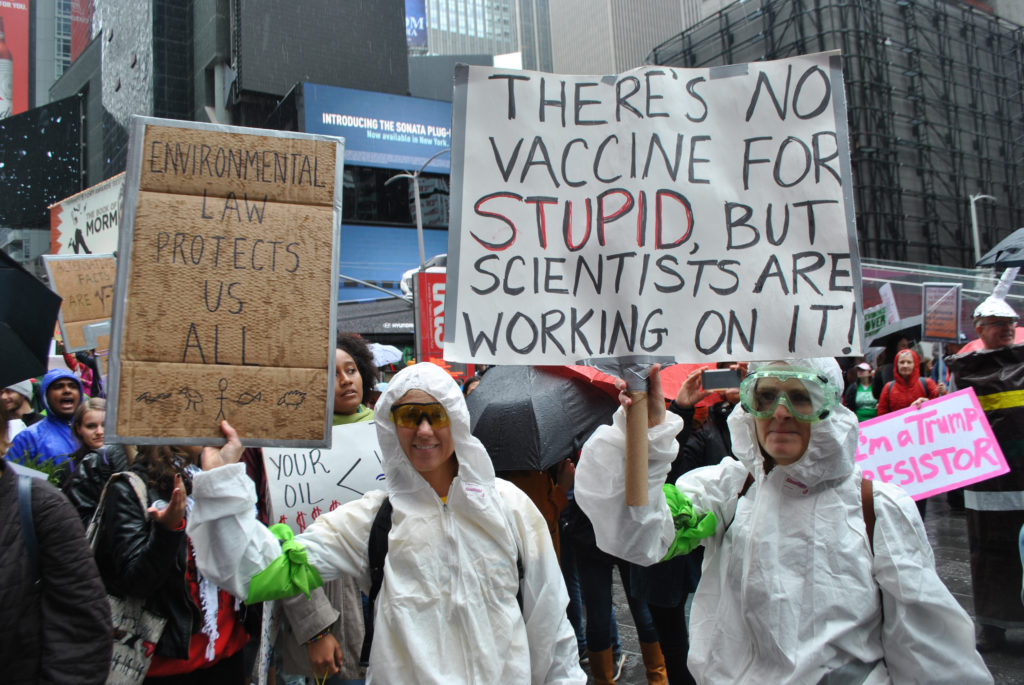 We want to send a message to the administration that we don’t like what they’re doing in terms of budget cuts and cutting funding for science research. It is important to keep science progressing. Science brings us everything from clean drinking water to safe environments to vaccines and healthy animal populations. Science is what keeps us safe and healthy.

We are definitely worried about climate change. It’s one of the biggest issues facing the earth as a whole right now.

All we can do is keep making our voices heard, come out en masse, march and contact our representatives to let them know we don’t like the direction the Trump administration is taking.

There is a movement for scientists to become more involved politically. We have certain restrictions on political activity, but we have no restrictions on what we do in our personal time. A very high percentage of the people that we work with  are becoming politically engaged. 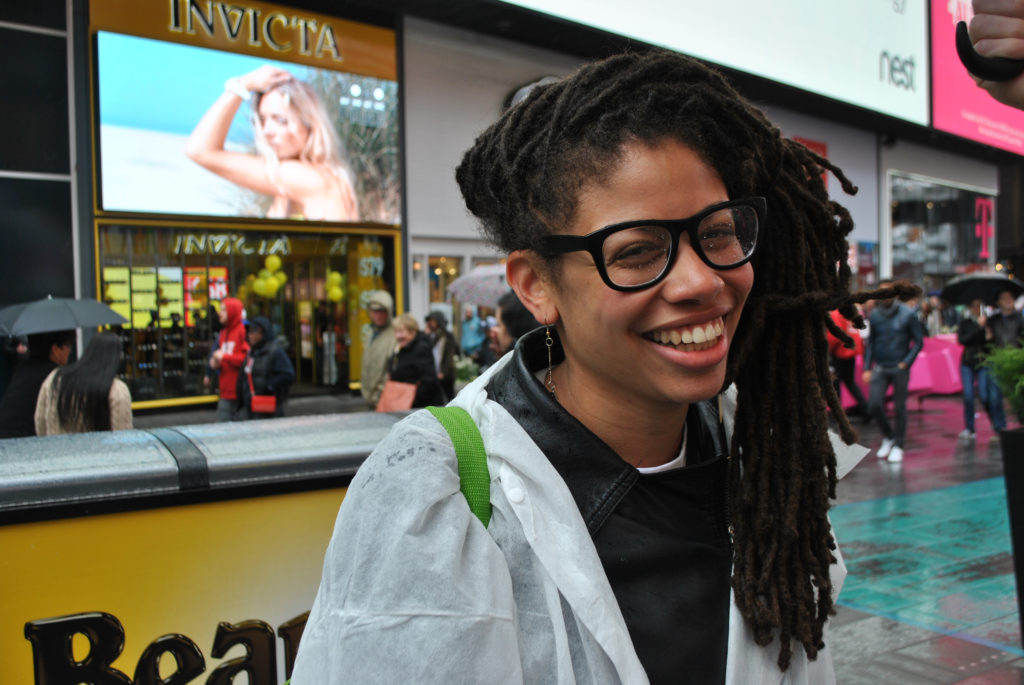 The Lower East Side Girls Club has a huge science and STEM (science, technology, engineering and math) program. We’re teaching our girls about careers in science and technology, giving them the skills to change the world. We’re worried that cuts to science will jeopardize those careers. That’s why we’re out here marching. We’re celebrating science, celebrating girls and hoping that the funding will stay with us.

My message to Trump is stick with the facts. We’re looking out for our community. Climate change is something that affects everybody everywhere, especially here in the Lower East Side. 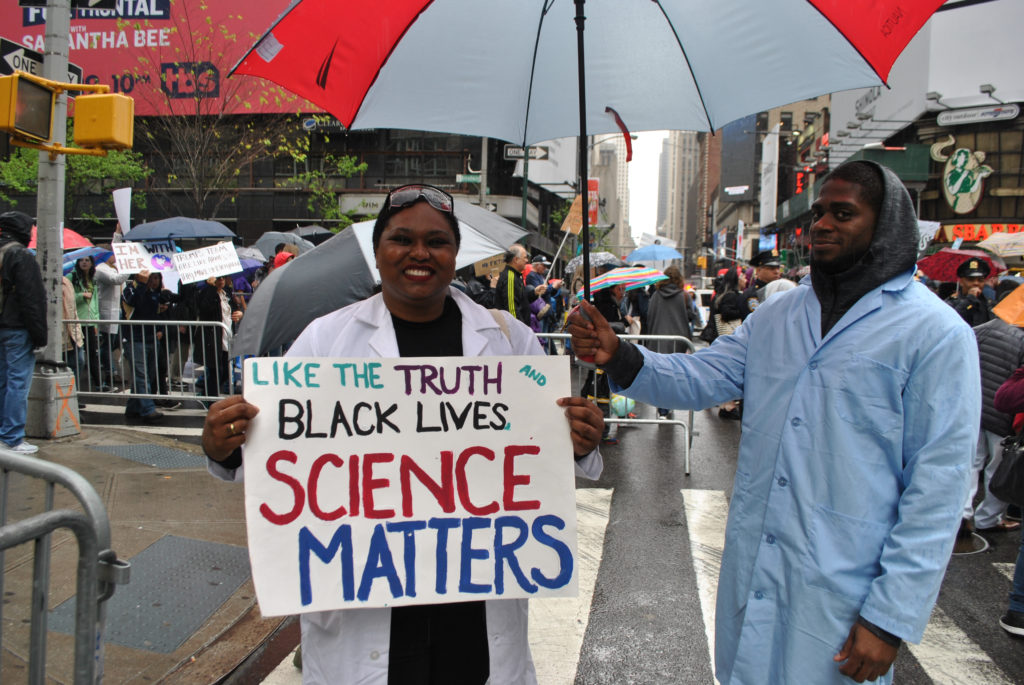 We have to make science intersectional. Trump has placed travel bans on countries where a lot of scientists and doctors are coming from. You can’t ignore that kind of discrimination, that kind of racism. I think that you have to pay attention to the sources of funding, and where that funding is going.

If we had more respect for the truth in this current administration, the policy making we would be a lot better off. Trump has no concern, no regard for the truth. He is not interested in it. He needs to make sure he’s paying attention to all the movements under way right now, to the fact that there are so many people rising up against him. That means something. 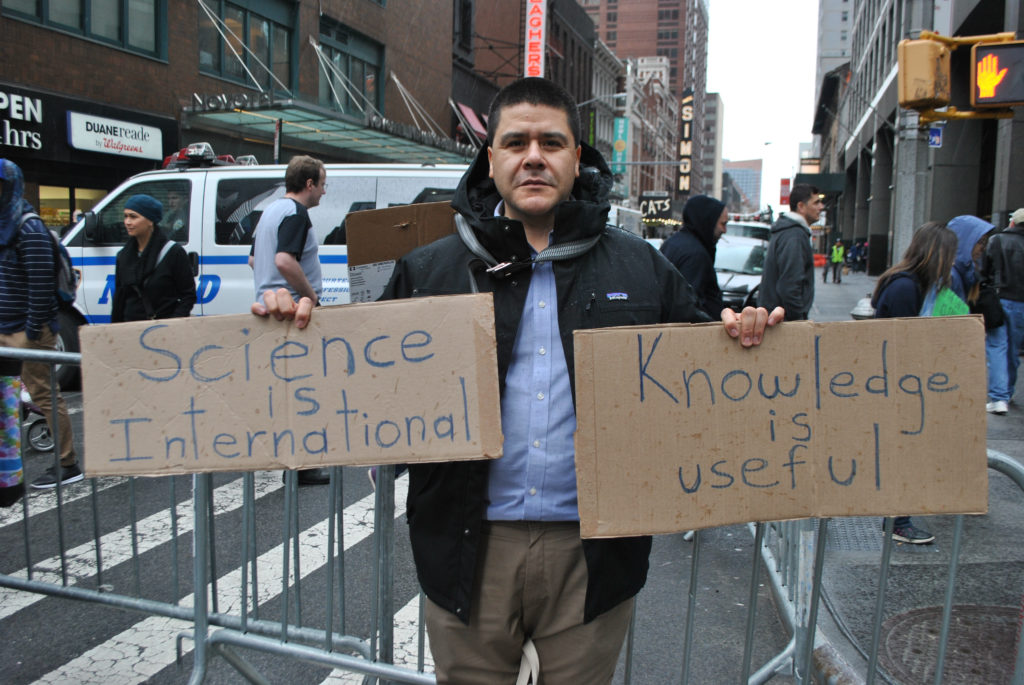 I study blood vessel development in zebrafish. My research and the research of many people who are marching now is done to understand how nature works. That knowledge has lots of applications.

It’s very important to fund science because science gives us knowledge that allows us to lead better lives. If we don’t monitor our environment, we cannot know what is harming it. I encourage the President and his cabinet to listen to scientists and make decisions based on evidence.

As scientists, we have to get more involved in understanding how decisions are made in the government and what is being taught at our schools. Everybody should learn how to think for himself or herself and make decisions based on evidence.

I would like to encourage more scientists to go to schools and talk about what they do and the challenges they face; explain why their research is useful. If more people know how fascinating science is, people would value it more.

Photo (top): Participants in the global March for Science in Washington, D.C. on April 22. Credit: Flickr/Becker1999.