If you think we spend too much on our military as it is (more the next eight countries combined), you might be shocked to hear President Trump has asked for an increase in military spending by 10%, or $54 billion. Where is all this money going to come from? What will it be used for? Since Republicans are not known for wanting to raise taxes, the money has to come from cuts to other allocations in the budget.

On the chopping block are funds that would go to the Department of Education, the Environmental Protection Agency, the Department of Health and Human Services and other federal programs — agencies that serve the needs of the American public.

If Donald Trump really wants to take an “America First” approach, why is he slashing our domestic budget and putting money into a war machine that only continues to inflame tensions around the world? We engage in wars that never seem to end, our tax dollars are squandered, innocent lives are lost in the process and these military interventions are certainly not making us safer at home.

We are involved in military operations all over the world. Many of these conflicts are not easily summarized, but let’s take a look at some of America’s conflicts and where they stand, through the prism of this proposed military spending increase.

What did we get out of invading Iraq? Saddam Hussein is no longer in power. For that, we lost almost 4,500 American lives. Over 30,000 were wounded. We don’t keep track of the Iraqis we killed, but there are estimates.

Major combat operations ended in 2011, but our service members still die there and the war rages on for the Iraqi people. Under Saddam Hussein’s brutal regime, sectarian violence was minimized. When we removed him it exploded. The unintended consequence is that we unleashed sectarian violence.

Another unanticipated result of our invasion of Iraq was the creation of ISIS. It was at a U.S. prison in Iraq called Camp Bucca where embittered Sunni prisoners, including Abu Bakr al-Baghdadi, created ISIS. Now we are spending billions trying to defeat the very force we helped to create. 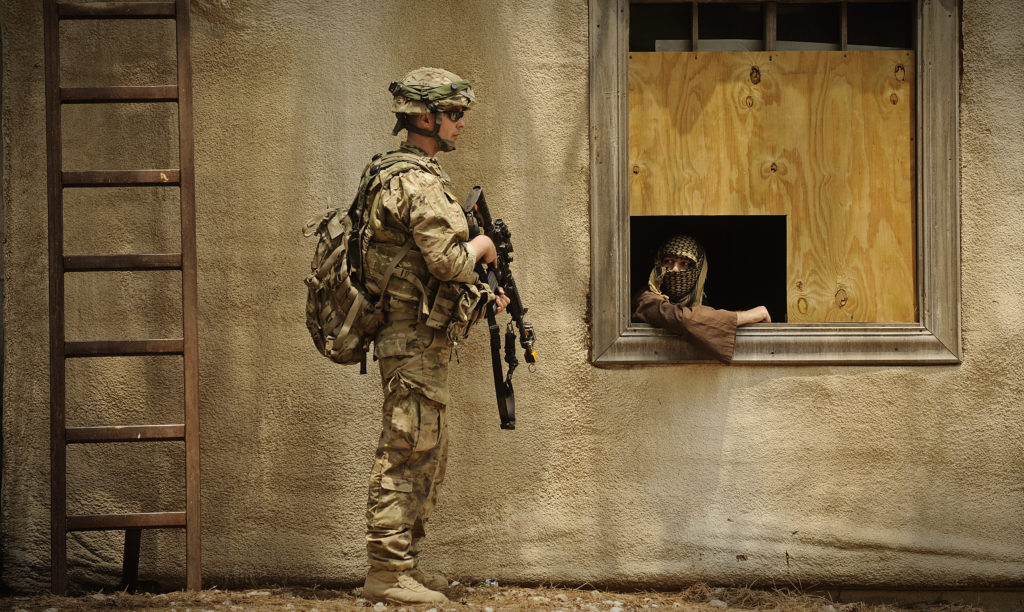 We invaded in late 2001 and are still there. It is America’s longest war, and there is no end in sight. We removed the Taliban government, eventually killed Osama bin Laden — found in “allied” Pakistan — and set up a government that is at least officially friendly toward us. But there is now a resurgence of the Taliban.

For that, we lost 2,300 service members with about 17,600 wounded. It is not uncommon for our service members to be killed by Afghan soldiers who are supposed to be working with us. Again, this is all paid for by the United States taxpayer. The bill is about the shoot up even more, with the Trump administration sending another 4,000 troops to join in this endless war.

An unanticipated result of our invasion of Iraq: The creation of ISIS.

Syria has been reduced to ruins, not only by us but by Russia, ISIS, the Syrian government and other warring factions within and without. The Trump administration’s recent cruise missile attack on Assad regime forces, followed by the shooting of a Syrian fighter jet and Iranian drones, puts the U.S. military at even greater risk of direct confrontation not only with Assad but Iran and Russia. The number of Syrians killed, wounded and forced to flee their homes is astronomical, while the idea of a political solution seems more and more remote.

The National Priorities Project (NPP), using information obtained from the United States budget, has drawn some conclusions about how much we pay for these wars. We pay $615,482 per hour for ongoing operations against ISIS. Afghanistan costs us $4 million per hour (without counting the new troops being sent there). The remaining operations in Iraq cost us $117,000.00 per hour. NPP has concluded we pay $8.36 million per hour for all the wars since 2001.

What else could we do with all that money? The NPP illustrates how it could be spent to help our own people and our own economy:Millions of teachers could be hired.

-Millions of teachers could be hired.

-Millions of jobs could be created in poverty-stricken communities.

-Our ailing infrastructure could be remodeled and rebuilt.

-Scholarships could be funded for students who can’t afford college.

-Our military veterans could receive the care they deserve.

Americans are tired of war, yet Donald Trump’s budget sends an unfortunate but clear message. He is willing to cut funds that help the poor, protect the environment, and promote the arts — things that generally keep us happy and safe — in order to fund a never-ending, ever-growing war machine. He’s taking money from Meals on Wheels to buy billion-dollar bombers.

Fortunately, Trump’s budget is only a request. Congress has to approve it. Even though the president enjoys a Republican-majority House and Senate, it does not mean his budget will go through. Members of Congress are under pressure from the administration, the Pentagon and the companies that profit from making weapons. But they are also receiving pressure from their constituents who are demanding that our money goes to community needs, not down a black hole of endless war. You can sign a petition to Congress here. Let’s see who they listen to.

Medea Benjamin is a cofounder of CODEPINK and author of Kingdom of the Unjust: Behind the US-Saudi Connections. Kate Harveston is a journalist and a member of the CODEPINK communications team.