Sheer Mag introduces their album like this: “Beyond the noxious haze of our national nightmare — as structures of social justice and global progress topple in our midst — there lies a faint but undeniable glow in the distance. What is it?”

The first thing you see when you pick up the record is a plane braving dark and stormy skies, headed for a soft glow in the distance. It’s a sentiment we’re likely all familiar with these days: Now is pretty awful, but better times are ahead of us, hopefully.

The stage is set for an unsatisfied young punk band to rail against the machine. Enter Sheer Mag, the Philadelphia quintet who released a string of three well-received EPs over as many years. With Need to Feel Your Love the group’s first proper full-length record, Sheer Mag state unequivocally that if we’re ever going to overcome this mess, we need to lean hard into love, rally to the defense of the abused and neglected and maybe even throw a few bricks through a few windows.

The album begins with a stirring rallying cry in “Meet Me in the Street.” The song immediately kicks with as much fervor and rock ramp-up as the best AC/DC or Thin Lizzy could ever offer, with a beat that could just as easily inspire a march as your standard concert head bob. Tina Halladay wails over steady drumbeat and soaring guitars, grabs you by the throat and keeps you there so you hear her loud and clear. She wants you to know she’s sick of the militarization of the police, she will fight for our right to protest, and a day will come when the powers that be will respect that right or move out of the way, “Seven blocks north of the avenue, we’re throwing rocks at the boys in blue,” she shouts. “Silver-spoon suckers headed for a fall and justice for all.” It is surging. It is urgent. 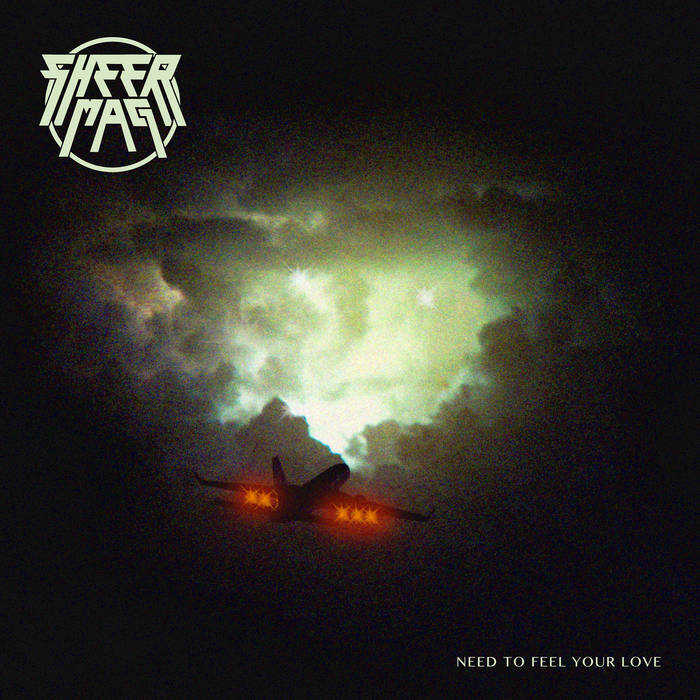 “Expect the Bayonet” reinforces the album’s defiant message: the abused will not sit idly by forever. While Republicans figure out how to further stuff their pockets and squash voting rights, Democrats have lost touch with the working class. Last I heard, they were contemplating taking artistic liberties with the Papa John’s Pizza slogan and printing stickers with the phrase “Have you seen the other guys?” America deserves a party that works for the people and doesn’t frame itself as the only option that isn’t horrific. But how do we get there? Halladay answers: “[W]e got the power to take back our nights, give up our silence and give up our time alone. We’re not on our own . . . If you don’t give us the ballot, expect the bayonet.”

Sheer Mag continues to try and light the fire of unrest throughout the album, even drawing from history for inspiration. “Suffer Me” recounts the bravery of the participants in the Stonewall Riots that resulted in “one less boot pressing down on one less throat.” The album closes with a tribute to Sophie Scholl, a White Rose activist executed for distributing anti-Nazi literature at the University of Munich. It’s clear that Sheer Mag took to heart Scholl’s last words: “What does my death matter, if through us, thousands of people are awakened and stirred to action?”

In our day to day, though, Sheer Mag affirm the need for human connection, community and love above all. The songs “Need to Feel Your Love,” “Just Can’t Get Enough” and “Pure Desire” — a track where Halladay pines, “I need you more every day” — stress the importance of this connection, especially in such turbulent times.

“Rank and File” highlights the power of friends to carry some of the emotional burden: “If you’ve fallen lonely on your cause, I got the rank and the file here to even the odds.” In an era of cynicism and ugliness, perhaps the most punk rock thing you can embrace is sincerity and human connection.

Right now is awful, but Sheer Mag seems confident that better days are ahead of us. Thanks to them, for the first time in a while, so do I.