The Indypendent
Menu
A Free Paper for Free People
A Juggalo goes to Washington.

The tourists were coasting on their Segways. The local yuppies were out jogging, Fitbits strapped to their forearms documenting every stride. Members of the District of Columbia’s ever-prolific homeless population sat like tragic Buddhas on the sidewalk. It was, by all accounts, a typical Washington morning. A Saturday. The sun was shining and the grass was green on the National Mall. You’d never know to look at such a finely manicured landscape that a storm was brewing — not an Irma or a Harvey — but the Bikers for Trump were revving up their hogs and the Juggalos were painting their faces for a dark carnival.

A political hurricane of sorts was in the works. Hardly a soul trafficked the wide expanse of greenery between Capitol Hill and the Lincoln Memorial that morning. Leaning on the side of caution, they must have decided to evacuate. 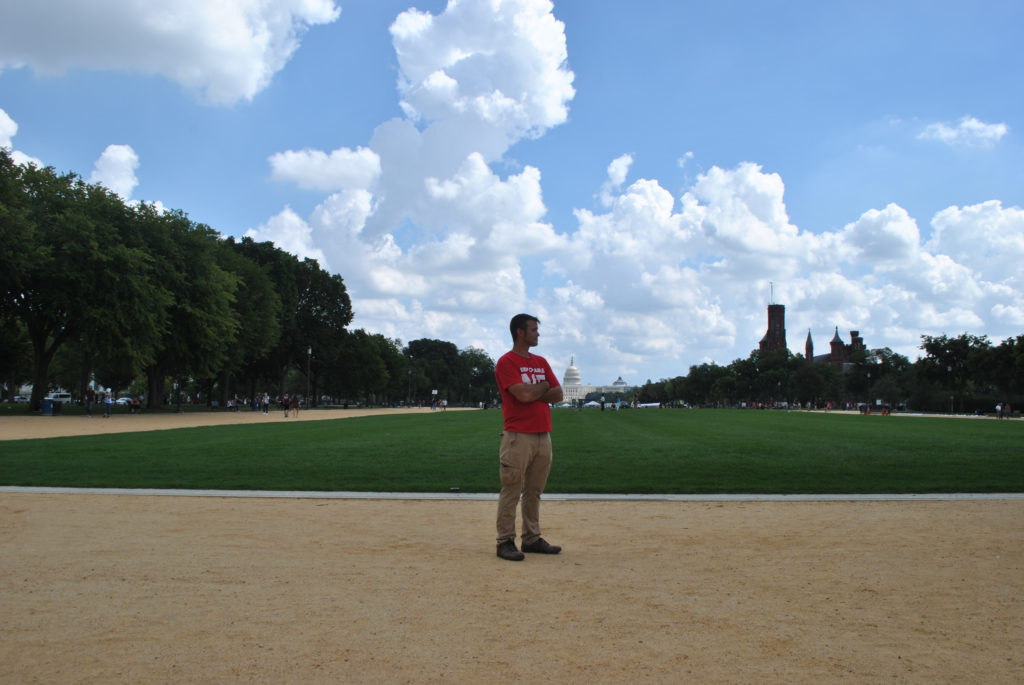 Yet, in the end, there was no storm.

Maybe it was the lack of shade on the Mall, the heat countermanding the rage. Maybe the upstarts were just too worn out by their sojourns from the de-industrialized Heartland and America’s backwater swamps to give-a-shit enough about the swamp in Washington they came to drain. But more than likely they were just worn out by the fight. They weren’t prepared to abandon their allegiance to Donald Trump or the Insane Clown Posse (ICP), their beliefs in anarchism or their paranoia of the deep state. But they weren’t going to fulfill any destructive, hyperbolic prophecies either.

I witnessed members of the Three Percenter militia from Southern New York, dressed in battle fatigues, arguing with bandana-clad Antifa over politics, even history and the nature of totalitarianism — topics that seemed more than a bit abstract given the outfits both sides were wearing.It wasn’t that they were searching for some middle ground. No, they were like opposing boxers, too wasted with exhaustion to lift their arms, who, instead, decided to talk it out.

Though organizers billed the Mother of All Rallies (MOAR) as a momentous occasion that would draw a million people, the gathering was a tepid affair. Maybe 300 people were on hand to hear the lineup of second-rate far-right celebrities speak. 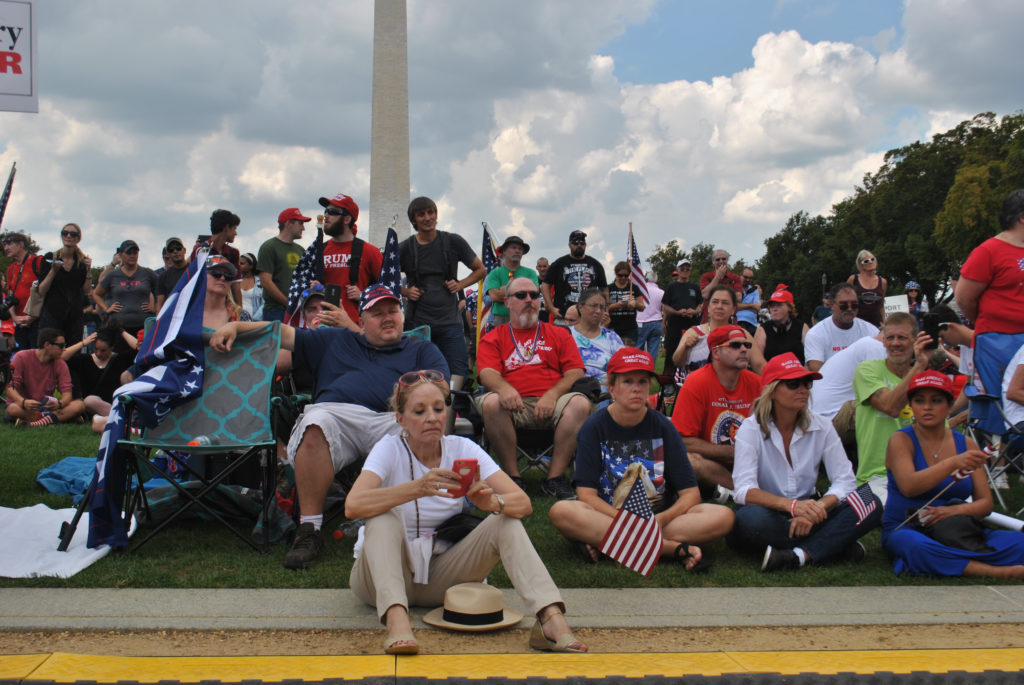 On the other side of the Mall, the Juggalos numbered in the thousands. They arrived in Washington to protest their bizarre classification by the Federal Bureau of Investigations (FBI) as a “loosely-organized hybrid gang.” 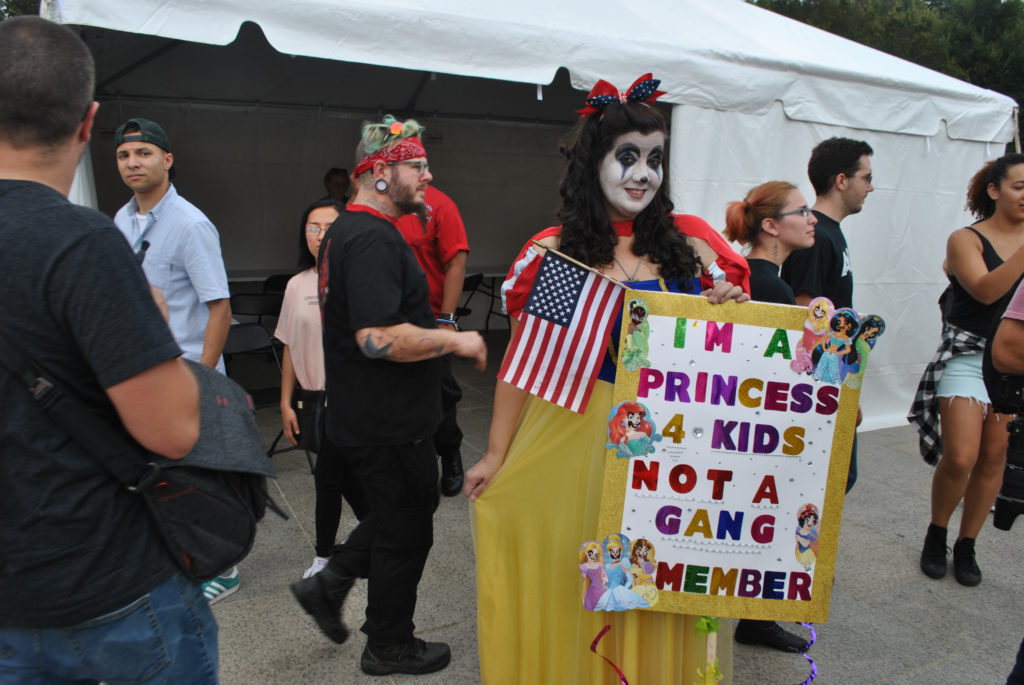 One thing the MOAR people and the Juggalo posse have in common: they are members of America’s neglected working class.

That label, pinned to them in a 2011 FBI report that warned “criminal Juggalo groups pose a threat to communities due to the potential for violence, drug use/sales, and their general destructive and violent nature” has had dire consequences on the lives of law-abiding fans of the rap group. They’ve been harassed by law enforcement, denied employment and entry into the armed services and been handed harsher sentences from courts. Some have lost custody of their children. 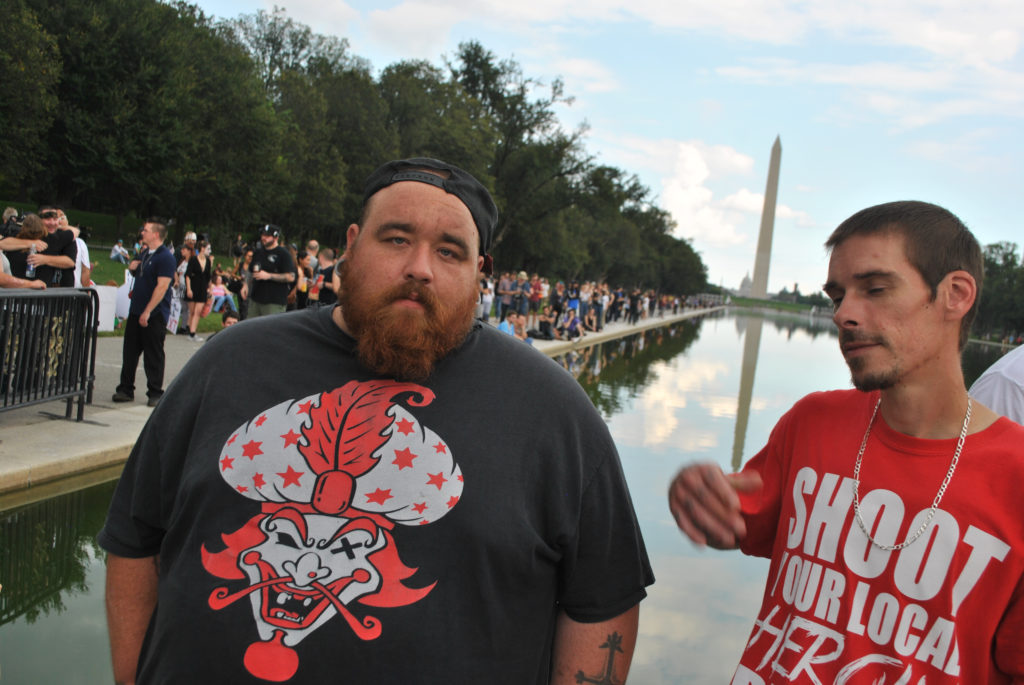 Chanting, “Swing our hatchets if we must, each and every one of us,” the Juggalos certainly made their presence felt marching up Constitution Avenue, leaving a trail of pot smoke in their wake. But they did not confront the Trump crowd, much to the chagrin of the couple dozen lefties on hand. Turns out an insane clown posse is not enough to take on an insane clown president.

After the violence in Charlottesville, Virginia, in Berkeley, California, maybe we’re past the crest in our nation’s culture war. Could an uneasy truce be setting in? Or are left and right hunkering down, storing up their energy for the next big battle? The conflict over Confederate statues has left the news cycle but another could emerge at any moment to recharge the trenches on both sides with fresh vigor. 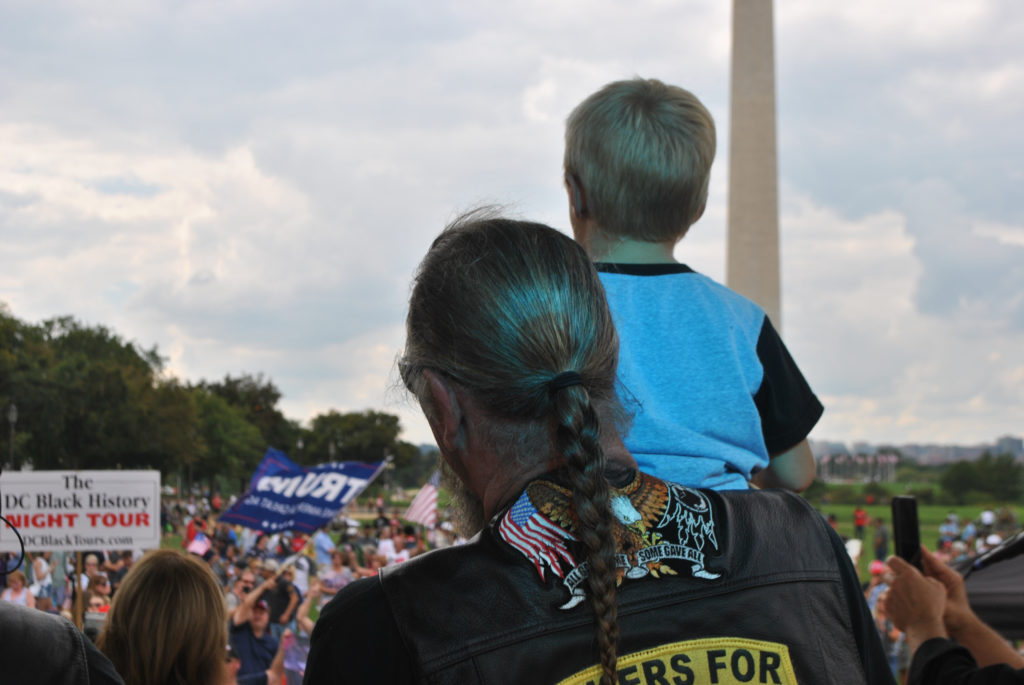 The crowds on the Mall were mostly white, most noticeably Trump’s supporters. But here’s another thing the MOAR people and the Juggalo posse have in common: they are, by-and-large, members of America’s neglected working class — Walmart workers, union carpenters, veterans, auto mechanics. One thing the Juggalos are not is smartypants elitist liberals. They embrace their place at the bottom of the social ladder and only ask to be left alone by an overbearing government. How could the Trumpkins hate on that too much?

Participants in both carnivals showcased America’s bottomless capacity to be weird and, on Saturday, were its foot soldiers in a battle that never came to be.