The Indypendent
Menu
A Free Paper for Free People
A women holds a black Puerto Rican flag during a rally in Union Square this October. Credit: Dean Patterson.

They called her “Screaming” Hurricane Maria on the island. Here, in New York and beyond, Diasporicans roar back with large and small acts of love, light and a reclamation of our Madre Tierra (Mother Earth).

They are also speaking their truths. The stories below are drawn from interviews with longtime Puerto Rican activists and organizers in the diaspora who have been active in various ways in the relief efforts — gathering and loading supplies, identifying organizations to send shipments to, coordinating actions, and creating manifestos on facebook to enliven the base. This is a small sample of stories, but they suggest there are ways to engage, participate and increase the outrage. 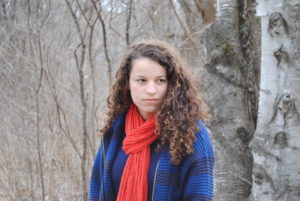 I grew up in the Lower East Side as a Nuyorican, and this has been a really emotional experience. My extended family lives in the municipalities of Loíza and Carolina in the northeast of Puerto Rico. They do not have power. We spent a lot of time trying to find them. It’s hard to know that my family is in this urgent, desperate situation, and at the same time, I also feel disconnected. There is a lot of guilt and feeling like we can never really do enough.

The Trump administration’s mistreatment and lack of knowledge is infuriating. It is so callous. I’ve been really inspired by the Nuyorican and Puerto Rican diaspora coming together. It makes me hopeful that we have a strong resilient foundation. We had a healing space at UPROSE where a lot of people came and were able to grieve and also plan our next steps together. We communicate regularly with folks on the island and are organizing to send sustainable supplies. The groups we are working with are asking about bicycles, quality soil, non-GMO seeds, water supplies and solar panels so Puerto Rico can move toward economic sovereignty.

On Oct. 11 we held a rally at Union Square as a part of a national day of action for a just recovery. The following day we sent supplies down with bikes and generators.

What we really want is a just recovery for Puerto Rico. We don’t want investment capitalists to further a plan that prioritizes their corporate interests. We want the communities that have been directly affected to determine what needs to be done for Puerto Rico.

UPROSE is apart of the Climate Justice Alliance. We will be following the lead of grassroots groups that have been asking that we build their energy infrastructure in a way that doesn’t exploit the planet and in a way that is resilient and regenerative. We will be bringing more food to the island. We are going to be supporting them.

My family is impacted directly by the aftermath of Hurricane Maria. The majority of my family lives in Camuy on Puerto Rico’s northwestern plateau. We still don’t know the extent of damage to property or their ability to endure more days or weeks with minimal to no electricity. But we at least know everyone has survived.

I’ve been most affected and empowered by the immense solidarity and national efforts made toward relief efforts for Puerto Rico. I have seen people collecting money on the street, bakeries selling goods in exchange for donations, and initiatives popping up in cities where the Puerto Rican population is less than 1 percent.

APREE has put together a Hurricane Relief Education Fund. We are accepting monetary donations and physical items that will enable children to return to school while also making efforts to support the ability of students to continue their education. We are making every effort to collaborate directly with community-led efforts so donors know who and where their donations are impacting directly. In addition to collecting money to rebuild schools and provide food and clean water for children, we are also looking into having generators donated so schools can reopen and keep electricity operational so students have access to fresh food and a safe school environment.

Puerto Ricans should invest time and effort into finding out exactly what the residents of Puerto Rico need now, and how to rebuild together. We should recognize that Puerto Rico was already enduring a humanitarian crisis. Everyone, not just Puerto Ricans, should be investing time into studying the history of Puerto Rico and the political reasons it was impossible to receive international aid after Hurricane Maria due to the Jones Act.

The oldest Puerto Rican organization in Brooklyn, UPROSE is working with local businesses in Sunset Park to bring sustainable supplies and resources to Puerto Rico. They are also working with national environmental groups like Greenpeace in order to send massive amounts of rebuilding supplies to the Island.

PR ON THE MAP

Activist/journalist Rosa Clemente is collecting funds for a P.R./ Latinx reporting team to do on-the-ground reporting that draws on strong familial and organizational relationships on the island. It is the only such effort of its kind from the diaspora.

This Lower East Side cultural center is gathering eco-friendly survival necessities at its home at 710 E. 9th St. The donations are assembled into eco-kits that are carried to the island by volunteer travelers and grassroots groups on the island.

The CPD has created a Hurricane Maria Community Relief & Recovery Fund. Grants will be awarded by a committee of Puerto Ricans, 50 percent from the island and 50 percent in the diaspora.  Groups that have already receive help include the Taller Salud in Loíza, the G8 of Caño Martín Peña in San Juan and Centro para Desarrollo Político, Educativo y Cultural in Caguas.

Board member of the Labor Council of Latin American Advancement, lead organizer of Emergency Action on Puerto Rico 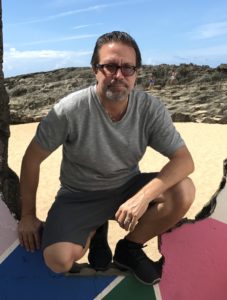 My immediate family lives there. My dad and my sisters live in the small town of Florida which was not as hard hit, and I also have uncles and an aunt in Las Piedras in Humacao and I haven’t heard from them.

I’ve been active since this crisis began. I work for a labor union and am involved in several organizations. I do the work of identifying groups that we know and trust, and am beginning to connect networks to donate money directly to them. I had a meeting with Giovanni Roberto who runs an organization called Comedores Sociales de Puerto Rico (Puerto Rico Social Kitchens). They run a food program and their inspiration comes from the Black Panther Party. They are feeding hundreds of people, but they also make sure to speak to folks about what is happening and what climate change is all about and how to make Puerto Rico more sustainable.

In the towns, everyone gathers and they fire up the generator and the people are sharing together, if people need water, you bring back for the whole block. There is the beautiful Puerto Rican spirit that outshines the negativity and makes us feel like we will be okay.

We need the support from our larger networks of progressive brothers and sisters to stop any and all efforts to privatize our paradise. It’s great to see what is happening locally in New York. I visited a local restaurant in Harlem where they are just wrapping up efforts on behalf of islands struck by Hurricane Irma. The owner is African American and the wife is Chinese and they want to know how they can help those affected by Hurricane Maria. They don’t have to do that. Puerto Ricans are so much a part of the rhythm and soul in this city. You can’t help but get involved. 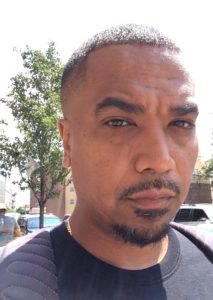 I have one set of grandparents that are all in Isabella in the northwest and friends throughout the island. I also have friends as well in the Virgin Islands, which was also hard hit by the storm. I feel driven to do something and to act. I’ve heard from family from the west side. People are okay, but they are running out of water.

I used to run the Urban Youth Collaborative here in the city and have been involved with donation gathering and packaging in Brooklyn and in Philadelphia where I live now. Another thing I‘ve been doing is sharing as much as I can through social media. I’ve been speaking to other organizers and Hurricane Katrina survivors and then trying to share those lessons with others.

We have had a tremendous positive response for the relief efforts. Now we need to shift to what will come after all this. The current push is to waive the Jones Act permanently and to cancel the Wall Street debt. In order to win that, organizers and activists need to start targeting the banks directly, the bondholders directly. We need to bring the storm home. They need to stop business as usual. That means targeted direct actions, rallies, workshops to build the skills of our people to carry out these campaigns.

People need to be organizing. Anyone and everyone who donates items, we need to get their contact information. We need to do popular education with our people. Our people are confused and scared and we need to help clarify this for them. They need to understand that this is a question of colonialism, and right now we have more Puerto Ricans questioning the colonial reality of Puerto Rico than we’ve had in decades.

We can learn the lessons of Hurricane Katrina. As soon as New Orleans was inundated by the storm, there were Republicans carving out a plan for they were going to do: Fire much of the public sector workforce, destroy the Board of Education and charterize the entire school district, tear down public housing. The plan came out of then-Congressman Mike Pence’s office. They will offer people pennies to buy up their lands and take Puerto Rico away from the Puerto Ricans.

The last lesson is about what we can’t buy at Home Depot, what soldiers and relief workers can’t do. We cannot buy the emotional and psychological support our community needs. There is a collective trauma that will live in our brains and bodies in terms of generations to come. We will need to deal with this together in order to survive.

Right now we have to be building political organizations, not non-profits. We need to start building up the political education of our people, run workshops on how to do home repair, basic carpentry and plumbing. We need to convince the people in Puerto Rico to stay. Not to leave and abandon their homes. The only way you can convince them to stay is if we are willing to go there in droves to help them rebuild.