After the 2016 presidential election, I was one of many who spontaneously posted an all-black image to social media. In the immediate aftermath of Trump’s victory, there was a need to express something along with the sense that nothing could express that mix of fear, frustration and grief that hit last Nov. 9. An all-black image — with its deathly/funereal associations — was all that fit.

Brooklyn-based artist Robert Longo (born 1953) may have been acting on similar impulses when he made “Untitled (Obama Leaving)” (2017). The piece, like most of his work, is a large-scale charcoal drawing. One of its paired panels shows Barack Obama and his entourage walking off an airport tarmac, the ex-President’s facial expression the combination of hope and resignation that he so often wore. The second panel, though, is pure darkness — the whole sheet of paper covered with charcoal dust. The juxtaposition suggests a slight movement through time, like a comic-book page or film stills: from a grim but palpable present to some unimaginable future.

This work is part of “Proof,” currently on view at the Brooklyn Museum, which puts Longo’s work alongside that of Sergei Eisenstein and Francisco Goya. The Brooklyn Museum has lately presented a streak of progressive-minded, socially conscious exhibitions. This show is part of that, but it comes to its politics in a stranger, more elliptical way. Rather than trying to rally viewers around any particular cause, it asks them to question the nature of “proof” — the ways reality is mediated, codified, distorted and dramatized. Dramatized, especially: The art is almost all striking, severe imagery, delivering its various looming horrors in stark black and white.

The show begins with Sergei Eisenstein (1898-1948), the gifted Russian filmmaker who defined the powers of cinematic montage, while also chronicling Soviet history in films like Battleship Potemkin (1925) and October (Ten Days that Shook the World) (1927-28). Seven of his films are displayed simultaneously, with no sound or titles, and slowed to a crawl: What’s left are his cinematographic images which, frame by frame, convey a wondrously melodramatic sort of old-fashioned pathos. 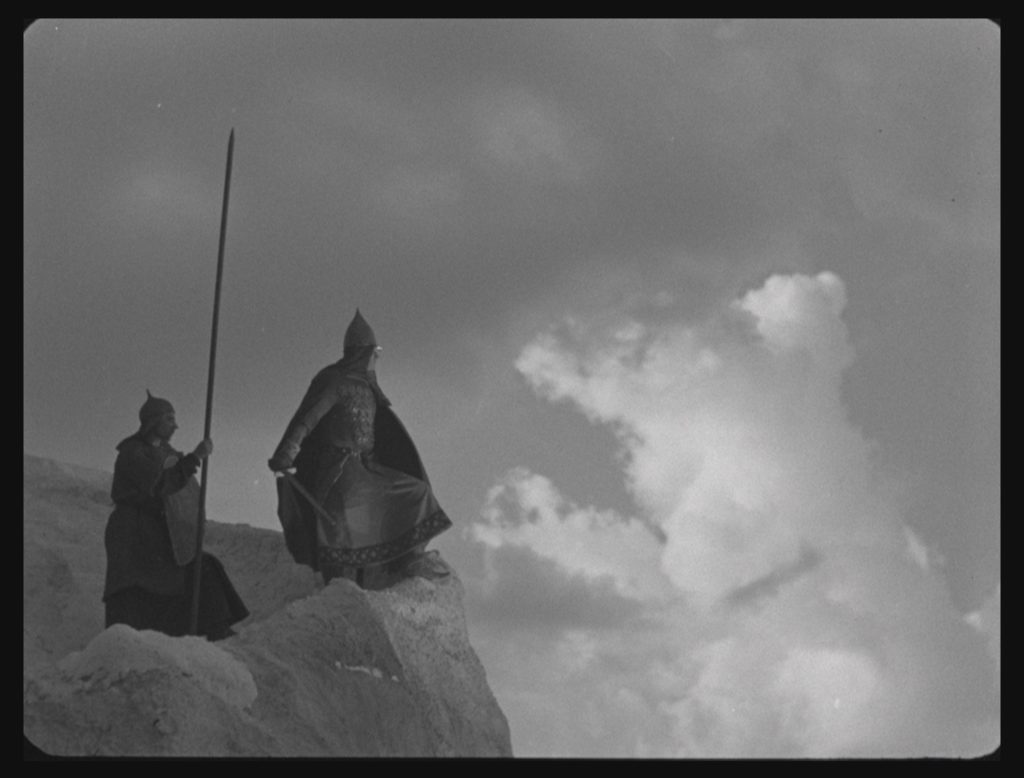 Next is Francisco José de Goya y Lucientes (1746-1828), one of the pre-eminent Spanish painters of his day, who has filtered into the modern era mainly through his etchings — small works, often made in private that feel centuries ahead of their time. His series The Disasters of War (1810-1820) — with grotesque impressions of Spain’s early-19th-century war against Napoleon’s armies — and similar series like The Art of Bullfighting (1815-1816) and The Proverbs (1815-1823), show human figures confronting strange stripes of monstrously inhuman power. Almost 200 years later, these works remain haunting and — very oddly — comforting, a rare mix due to their combined sense of somber defeatism and dark, relatable humor.

Longo’s imposing works on paper are sourced from photographs, often ones found on the internet. Some feel a little frustrating, such as drawings based on headline news that seem to rely on those often-tragic, real-world associations for much of their emotional resonance. For example, the show includes images of massed riot police in St. Louis, an atomic-bomb test blast, and the Charlie Hebdo magazine offices, among other things. But there’s really no denying the raw power (not to mention the careful craftsmanship) of Longo’s work. Charcoal is a supple drawing medium with a unique sense of physical heft, and by rendering newsy photos in such poignant and weighty forms, Longo creates an epic encounter with the concerns of the day.

Longo’s art starts with photos, but he augments and edits to heighten the mood before re-rendering them in charcoal. The exhibition shows how, in creating Untitled (Raft at Sea) (2016-2017), he added waves to an image of refugees floating in the middle of a rough ocean; an already harrowing image made even more so. It’s here, in this kind of conscious amending of reality, that the exhibition’s concerns with “proof” really come in. The point here isn’t just that some objective reality exists — of course it does, and the internet makes it easy to find all the studies, photographs, and raw data you could want. And yet, the internet has also amplified the ability of individuals to mold their own realities, shaped through ideology and partisanship. 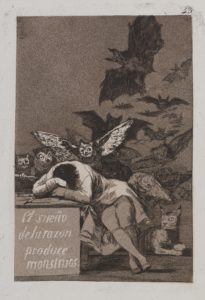 Donald Trump seems to believe that he should have the power to recast history itself in terms of his winner-take-all mentality, worldview of evil scapegoats and endless, self-congratulatory lies. (A disconcertingly large number of Americans seem to happily agree.) Like other authoritarians, he wants to redefine reality, but he doesn’t want anyone to seek out contrasting or contradicting truths — he doesn’t want anyone else to believe that reality can be redefined.

Representation — whether a newspaper article, a political speech or a work of art — is never neutral. The works in this show create potent records of the times in which they were produced, while remaining the clear result of personal and artistic mediation. All three artists are concerned with human subjects confronting the big things that threaten them, with these subjects often retaining some vestige of heroism even in failure. Perhaps the most optimistic work in the show is Longo’s Untitled (Black Pussy Hat in Women’s March) (2017), which shows an anonymous woman at the massive anti-Trump protest early this year, gazing forward into cascading New York City daylight. Is this the most objective, most accurate record of that day? No, of course not, but there’s just no way around it: It has power.