The Indypendent
Menu
A Free Paper for Free People
A white bike memorial of a cyclist along the Manhattan Greenway. Credit: giginyc.net.

The section of the Hudson River Greenway where a motorist killed at least eight people on Tuesday has been the subject of calls for more fortified road medians by bicycle advocates stretching back more than a decade.

On Dec. 1 2006, cyclist Eric Ng was struck and killed near Pier 40 by a drunk driver who drove his BMW along the bike lanes and pedestrian walkway that run parallel to the West Side Highway — the same stretch, nearly 11 years later, where law enforcement say Paterson, New Jersey resident Sayfullo Saipov turned left off of Houston Street in a rented Home Depot truck and used it as a killing instrument. Six month’s prior to Ng’s death, 56-year-old Dr. Carl Nacht was struck and killed by a police tow truck that crossed the bike path at West 36th Street .

Ng, who was 22 at the time of his death, was a member of the environmental and bicycle activist collective Times Up. The group erected a white bicycle in his memorial near the spot where he was struck. Bill Di Paola, Times Up’s director, remembers Nacht and his wife were active in the cyclist community as well. He told The Indypendent that the cyclists’ deaths led to calls for city departments — police, sanitation, parks —  to use smaller vehicles when accessing the Greenway and for retractable steel bollards to be placed along stretches of the path crisscrossed by vehicular traffic, “especially at streets that connect with [the West Side Highway] like Houston Street where people have to make a turn.” 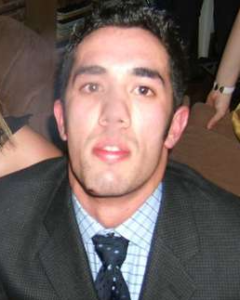 Over the years, Di Paola said, Times Up raised “several concerns” that the plastic pylons that act as the most common partition between people on the path and cars and trucks were not enough to ensure public safety. There were concerns at the time that metal bollards might present a dangerous impediment to cyclists, particularly at night. A problem that might have been addressed by illuminating them, as is the case with the bollards located at either end of the bike path on the Manhattan Bridge.

“There are over a dozen City, State and Federal government agencies that have some say in what goes on along the Hudson River between Battery Park and 59th Street, but no one has taken charge,” the Transportation Alternatives said, outlining the difficulties it faced implementing new safety measures:

On the Greenway itself, it’s a jurisdictional nightmare. The State DOT designed and built the Greenway and continues to be responsible for path redesigns. The City DOT maintains and times the traffic signals along the Greenway. The Hudson River Park Trust maintains the Greenway path. The NYC Parks Department tries to ensure design consistency between this Greenway and the ones it builds and maintains around the boroughs. There are myriad groups, including the City Economic Development Corp, the MTA, the Passenger Ship Terminal, Chelsea Piers and private ferry operators (who often drive buses across the path), that weigh in on the need for driveways across the Greenway.

Yet, the bureaucratic red tape swaddling the Greenway is no excuse for failing to address public safety, Caroline Samponaro of Transportation Alternatives told The Indy: “If we knew that in 2006 when Eric Ng was killed that cars could drive at speed onto the Greenway, to say that it is jurisdictional issues that kept us from getting those bollards in place seems ludicrous.”

She noted that last year there were renewed pledges from governmental officials to examine safety along the path when cyclist Olga Cook, 30, was struck and killed by a drunk driver where Chambers Street meets the Greenway. Although the intersection had been the site of more than a dozen collisions between cyclists and automobiles, Hudson River Park Trust failed to prevent “an imminent, dangerous, hazardous and perilous accident situation,” a lawsuit filed on behalf of Cook’s family against public benefit corporation alleges.

“If we knew that in 2006 when Eric Ng was killed that cars could drive at speed onto the Greenway, to say that it is jurisdictional issues that kept us from getting those bollards in place seems ludicrous.”

The trust, which is jointly managed by the city and state, referred The Indy’s inquiries to public relations firm Risa Heller Communications, who, in turn, referred The Indy to the New York State Department of Transportation.

“The bikeway is the state DOT’s property,” James Yolles of Risa Heller wrote in an email, using an acronym for Department of Transportation. “The trust has a maintenance contract for the bikeway. State DOT will be responsible for determining next steps regarding bikeway safety in consultation with the trust and city DOT.”

“There are other examples along the Greenway where we’ve made improvements but they’re the exception not the norm,” said Samponaro.

A spokesperson for the state Transportation Department, Joseph Morrissey, wrote to The Indy that bollards have been installed at “strategic locations” along the Greenway. While he emphasized that the 2006 Greenway deaths occurred under a different administration, he acknowledged that had there been bollards at Houston Street, the attack could have been prevented. 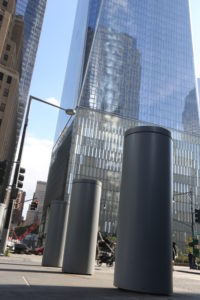 One location apparently considered strategic is south of Chambers Street, where the Greenway intersects with Murray and Vesey Streets at the site of Goldman Sachs’ headquarters. Bollards were added to the Greenway at the intersections when the financial giant raised security concerns.

“We’re not treating every vulnerable location with the same high standard of safety in the way that we could,” Samponaro said.

Tuesday’s use of an automobile as a weapon was the second such incident in Manhattan this year. Richard Rojas, a 26-year-old native of the Bronx was charged with murder for driving his Honda Accord into to a designated pedestrian area in Times Square while intoxicated, killing two people and wounding several others in May. The previous year, the city installed 20 steel bollards surrounding pedestrian plazas, one of which cut short Rojas rampage and likely prevented more deaths. Although the accused perpetrator of Tuesday’s attack, Sayfullo Saipov, might have chosen a different target, had bollards been in place along the Greenway more lives might have been saved there as well.

Marking the seventh anniversary of Eric Ng death, his friend Maura Roosevelt noted in the Nation in 2014 that Bill de Blasio had recently introduced the city’s Vision Zero program to reduce traffic-related fatalities. “Perhaps now’s the time to honor Eric’s life and the work he would have done, by trying to prevent more searing white bicycles from being installed on our streets,” she wrote.

But it appears the wake-up call Ng’s death might have provided did not reach the right ears until now. In an emailed statement, City Hall spokesperson Austin Finan told The Indy that the New York City Department of Transportation, its state-level counterpart and the NYPD “are closely conferring on installing safety bollards along the West Side bike path/Greenway as soon as possible.”

The state Transportation Department “will be undertaking a top to bottom review of these recreational spaces and evaluate any new measures to further enhance security,” spokesperson Joseph Morrissey said.

Ydanis Rodriguez, chair of the City Council’s Transportation Committee, who introduced legislation in June — still yet to be voted on — that would have propagated more bollards citywide, called for the vehicle impediments to be installed “in front of schools, plazas and Vision Zero priority corridors” starting immediately.

Photo (top): A white bike memorial for a cyclist along the Manhattan Greenway. Credit: giginyc.net.