As the old Confucian adage has it, it is a curse to be born into interesting times. But it is also a blessing, a blessing in the sense that some of the world’s finest art is borne out of personal and political struggle. Fraught blessings indeed, but as this year in music proves, the world is full of them: stirrings of hope, dreams, resistance and joy. If, as the poet Diane di Prima once put it, “The only war that matters is the war against the imagination,” then we can count many victories this year in its defense.

Vince Staples has spent the past couple of years carving out a special place in the rap universe all for himself. Perhaps the most charming and unreserved musician to offer cultural commentary for the likes of GQ and Pitchfork, he’s never seemed to be one to hold back. With Big Fish Theory, Staples digs his heels deeper into his predilection for powerfully illustrating the black experience and the state of hip-hop, all while pushing his sound further into club and dance music. Of any album this year, Big Fish Theory is the one to really push your system’s bass to its limits. The album title evokes the phrase “big fish in a small pond” and Staples is quickly establishing himself as a rapper with fewer and fewer peers.

Hurray for the Riff Raff // The Navigator

Hurray’s lead singer, Alynda Segarra, a Nuyorican who currently calls New Orleans home, delves into her complex background on this bluesy record — a testament to soul-searching, radical transformation with a bit more of an electrical edge than her previous Americana records. The song “Rican Beach” is a subtle ode to Puerto Rican resistance. “Living in the City” finds Segarra singing of the joys and struggles of urban existence. The lyrics are simultaneously somehow abstract and intimate and are matched with a guitar part that perfectly evokes a line of taxi engines growling at a red light.

Converge // The Dusk In Us

Storied metalcore band Converge released their first album in five years in 2017, and it found them at possibly their most accessible. The Dusk In Us is loud, fast and full of wild time signatures, but moments of clarity bubble up through the noise. Lead vocalist Jacob Bannon made it a personal priority to be heard and understood this time around, while still pushing his vocals into cord shredding territory. Every instrument is mathematically precise and the band syncs together almost mechanically. When Bannon screams, “You don’t know what my pain feels like,” you want to scream it along with him. The Dusk In Us is a masterful metal album that plays with the ideas of fatherhood, pacifism and empathy. The result is a beautiful, emotionally fulfilling and absolutely cathartic record.

Las Cafeteras can certainly entertain a crowd and this album is perfect to punch on when you have your friends over for beer and tacos, but pay attention to the lyrics. They tell the stories of the Latino community in Los Angeles in a blend of Son Jarocho, Afro-Mexican and Zapateado musical stylings. Songs like “If I Was President” and a dance-inducing, mixed English-Spanish cover of “This Land is Your Land” speak to the Trump era.

A certain school of Filipino musicians have a tendency to mimic Celine Dion. This Filipino emcee could not be farther from that camp. He raps raw and from the heart.

Alynda Segarra delves into her complex background on Hurray’s latest record — a testament to soul-searching, radical transformation with an electrical edge.

Kieran Hebden spent the first half of 2017 on social media channels dropping cryptic, puzzling hints at new music. He likes to keep his audience guessing. With New Energy, he does it again. The album is a hybrid of his early ambient work with his more recent forays into club-style beat mastery. The result is a lush, exquisite work of a sound collage artist with complete control over his elements. New Energy is an exciting chapter in the story of Four Tet that hints at even more exciting work yet to unfold.

Booker’s raspy voice is remarkably soothing. The lead single on Witness (which shares its title with that of the album) is a collaboration with R&B legend Mavis Staples. The song’s lyrics could have been pulled right from the headlines: “See we thought that we saw that he had a gun. Thought that it looked like he started to run. Am I gonna be a witness?”

Baths historically has made some of the most beautiful, ornate and lively music filled with existential dread, meditations on loneliness and stark explorations of the conflicted mind in interpersonal relationships. For Romaplasm, Will Wiesenfeld looked for joy and found it in video games and anime. Escapism can be a powerful and healing tool for individuals in times of suffering and stress, and we find Wiesenfeld here lost in love among airships, shedding social anxieties on the dance floor. The dense, rich synths and drum machines of past Baths releases are still present, but unbridled delight is tagging along.

If you want to hear Cuban tunes with extremely high notes and sexy lyrics, this is the album. It will make you want to hop on a flight to Havana before Trump reinstates the U.S. embargo in full.

Colter Wall sounds like the weathered troubadour strumming old folk songs in the back of a smokey Montana truck stop bar. His voice is an impossibly low drawl that evokes a pain and longing that can only come from deep down. His self-titled debut full-length album sounds like a record most country and folk musicians dream of making after decades of world-weary experience. How did Wall do it after just 22 years on this earth? He’s a traditionalist in nearly every sense of the word and this record makes an incredibly strong argument for the timeless quality of a good folk song. 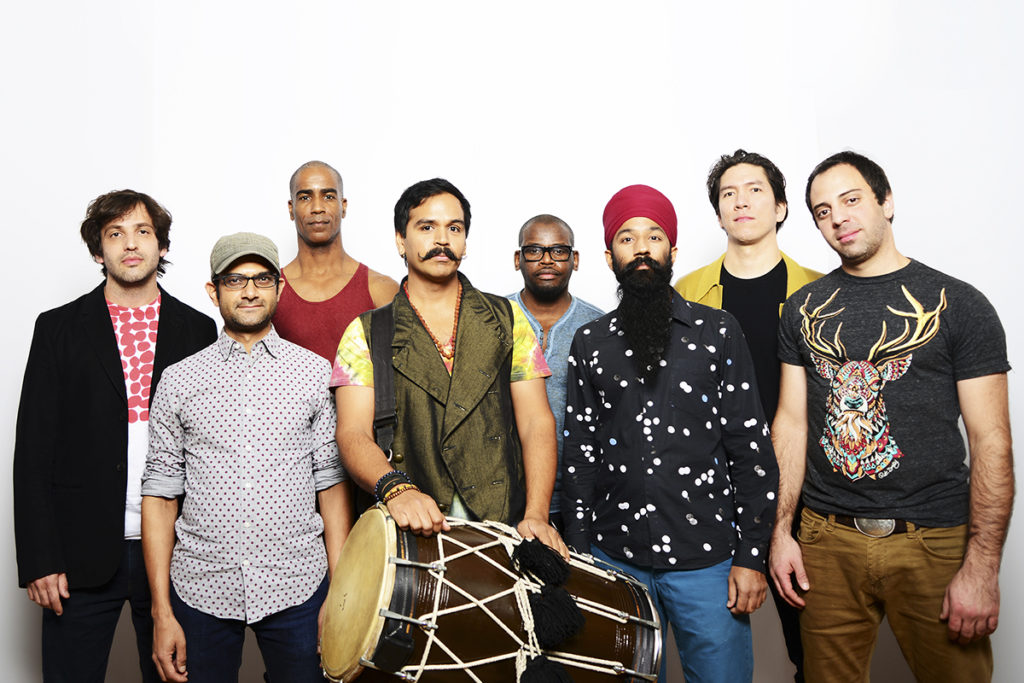 Brooklyn-based Red Baraat lets it rip — wild Bhangra music with a pounding beat and ska and punk influences. It’s music like nothing you have ever heard.

Somehow folksy and elegant at the same time, McCalla alternates between English and French on this meditative album, singing as she strokes, strums and occasionally plucks her cello, generating a deep delta sound you wouldn’t imagine possible from the instrument.

This Malaysian diva, trendsetter and Usher collaborator sings with confidence and joy while allowing herself to experiment on this sultry R&B record. It’s the album to listen to if you want to put on headphones and step into an audio bubble for a little while.

Guppy oozes with youthful exuberance. The album sounds like the result of your younger sister rifling through you record collection, putting Weezer on, blasting it through the speakers and having more fun singing these songs than Rivers Cuomo ever did. Guppy is in-your-face college pop-rock, and it’s one of the most fun records of the year. Frontwoman Eva Hendricks squeals and screams over sharp guitars and peppery drums, evoking the full range of early twenties emotional experiences. It’s a tight and accomplished debut LP.

Zephaniah O’Hora with the 18 Wheelers // This Highway

Brooklyn is a bit of an unexpected hub of country music these days, but it’s true. Take Zephaniah O’Hora. On most nights, he can be seen playing at Skinny Dennis in Williamsburg with The Round Up Boys or spinning Grateful Dead tunes in the backs of bars. In 2017, however, he released This Highway, an absolutely impeccable roots country record that hearkens back to a bygone era. O’Hora’s deep, honey-smooth voice is the perfect instrument for his songs of love, loss and longing, and the 18 Wheelers provide a perfect backdrop with steel guitar, piano, fiddle and sparse honky tonk drums. 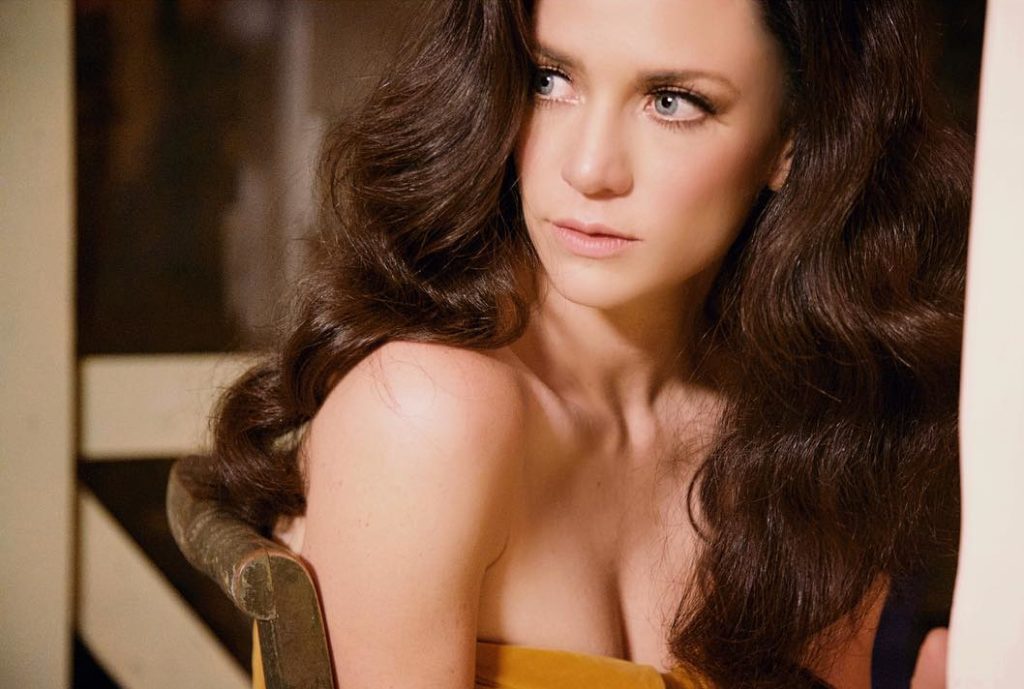 Country music was never meant to be a boy’s club. Thank God. There’s been a bit of a bad attitude in country crowds that seem to think women aren’t pulling their weight in the genre. Tell that to Nikki Lane. She’ll take a swig of whiskey, flip you the bird and play for anyone else worth her time. Highway Queen finds this first lady of outlaw country at the top of her game. She’s got all the attitude of Loretta Lynn and she gives even less of a damn what you could think about it.

Freedom is Free conjures the smooth rhythms of ’70s soul and the loungy vibe of tropicalia, while its wild-toothed guitar riffs are reminiscent of psychedelic rock. Bardo Martinez, the band’s lead singer (who also helps out on guitar and tickles the organ) sings about romantic relationships, as well as wider social issues, as on “La Jura” (The Police) — a story of a neighbor shot by police. The record possesses what the poet Garcia Lorca might have called duende, “a mysterious power which everyone senses and no philosopher explains.”

Highway Queen finds the first lady of outlaw country at the top of her game.

La Santa Cecilia is one of those bands that infuse their music with the spirit of political struggle. Their jazzy, cumbia rock rhythms make it sound exciting too.

Kendrick Lamar is, at this point, potentially the most important voice in all of music. He defies the expectations set in hip-hop while still paying respects to the traditions that paved the way. He speaks to the struggle and experience of real people in a way that reaches millions upon millions. Technically, he’s a master. Lyrically, he’s unmatched. Creatively, he’s miles ahead. DAMN. is Lamar’s finest work to date, which seems impossible and yet par for the course with him, as both To Pimp a Butterfly and good kid m.A.A.d. city stand among some of the best rap records ever made. DAMN. will be heralded as a time capsule of the fortitude of people in the nightmare that was 2017. 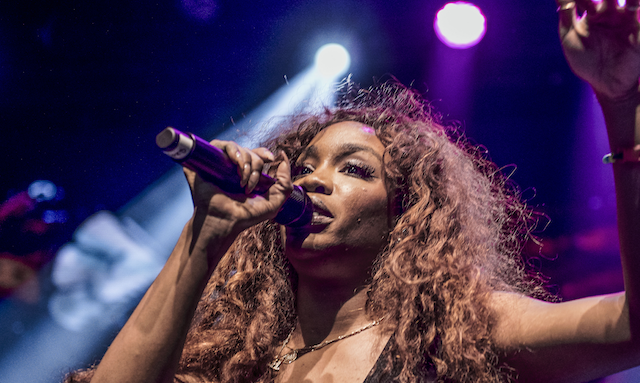 SZA. Credit: The Come Up Show.

SZA’s debut record Ctrl feels deeply personal and refreshing in its honesty and candor. It documents a young woman navigating the world of relationships, love, sex and every insecurity that surfaces in between. Peppered with nuggets of wisdom from her mother, the entire album feels like a meeting of the minds of strong, independent women. Even when men show up for support, SZA never loses her place in the spotlight. This is probably the first instance that I’ve encountered where Kendrick Lamar is present on a track and comes even close to second. SZA’s talent is too big to be held back. Ctrl should instantly insert her into the conversation with Frank Ocean as the best and most inventive in the genre, whatever genre that may be. (R&B doesn’t really seem to fully encapsulate the lengths to which they’re taking their sounds.) SZA is the future.