The Indypendent
Menu
A Free Paper for Free People
Police surround a group of arrestees near City Hall on Broadway, Jan. 11. Credit:@MackyAlston/Twitter.

Immigration and Customs Enforcement (ICE) detained a prominent immigrant rights activist in New York City today — setting off a series of confrontations between law enforcement and his supporters in Lower Manhattan as authorities tried to whisk him away in an ambulance. Roughly a dozen people were arrested in the middle of Broadway including two City Councilmembers. 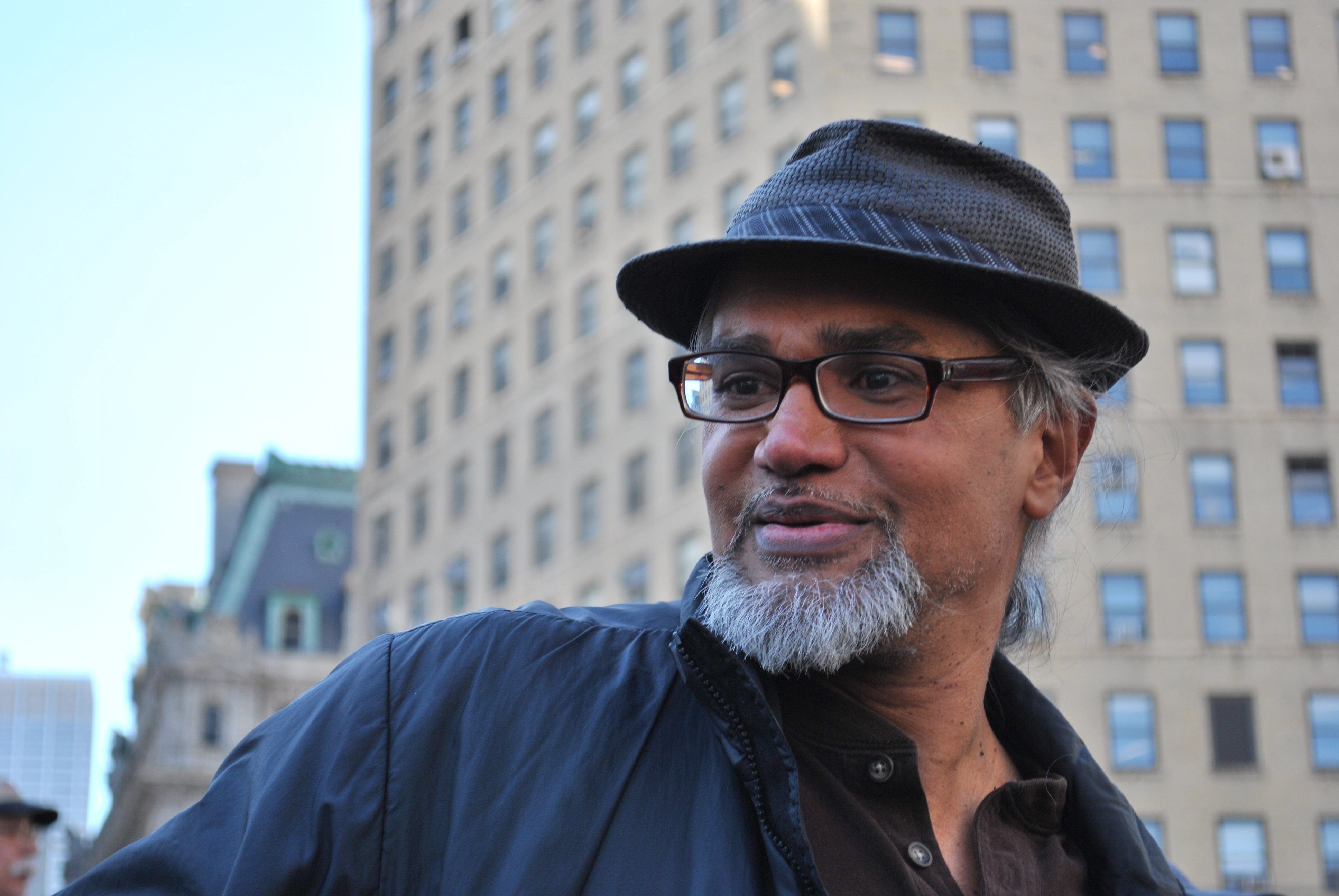 Ravi Ragbir, executive director of the New Sanctuary Coalition, was born in Trinidad and Tobago, but is married to a U.S. citizen, has a U.S.-born daughter and has lived in the United States for 27 years. However, due to a 2002 wire fraud conviction, he is legally obligated to periodically meet with ICE officials and could be subject to deportation at any time.

According to Lander, Ragbir fainted and was briefly unconscious after immigration authorities informed him that his stay of deportation was being lifted and that they were taking him into custody. Requests from Ragbir’s lawyer for him to be allowed to remain in the community prior to deportation were rejected.

Later, Corey Johnson spoke with Ragbir’s supporters who had gathered in nearby Foley Square, urging them to hustle to the driveway leading out of an underground garage located on the Duane Street side of 26 Federal Plaza where Ragbir was to be driven away in an ambulance. Ragbir’s health was not in danger but was being transported to Lower Manhattan-New York Presbyterian Hospital as a precautionary measure.

Sensing this was their last chance to prevent Ragbir from being delivered into the government’s deportation machinery, demonstrators standing on both sides of the driveway began trying to block the ambulance by stepping in front of it. Department of Homeland Security police and, later, members of the NYPD, repeatedly shoved members of the crowd out of the way only to have other protesters leapfrog ahead of the ambulance.

BREAKING: immigrant rights leader and ED of @NewSanctuaryNYC Ravi Ragbir has been detained and is being transported in an ambulance. Allies are demanding his release #IStandwithRavi #OurNY pic.twitter.com/YF8SkqCv4C

“We are going resist,” an out-of-breath, handcuffed Jumaane Williams said as an NYPD officer pressed his face against the hood of a parked car.

At Broadway and Warren Street demonstrators sat down, forcing police to physically remove them from the roadway. Among those arrested were Williams, Rodriguez, Rev. Micah Bucey of Judson Memorial Church, New Sanctuary movement co-founder Father Juan Carlos Ruiz and six members of the activist performance troupe the Church of Stop Shopping of which Ragbir is a member.

“Freedom. Resist. We are going resist,” an out-of-breath, handcuffed Williams told reporters while an NYPD officer pressed his face against the hood of a parked car.

.@JumaaneWilliams gets arrested while protesting against the detention of Ravi Ragbir this morning outside the Javits Federal Building in NYC #DACA #DreamAct @BuzzFeedNews @Nigrotime pic.twitter.com/unq9Z77ZBl

According to a New Sanctuary Coalition spokesperson the group received word via Council Speaker Johnson that ICE intends to deport Ragbir as soon as possible. A rally calling for Ragbir to be allowed to remain in the United States with his family is planned for 5 p.m. this evening in front of the federal immigrant detention center at 201 Varick Street in Manhattan. Ragbir’s supporters are asking people to call elected officials and ICE offices and demand his release.