The Indypendent
Menu
A Free Paper for Free People
Jean Montrevil's family and supporters gather outside of an immigration detention facility in Lower Manhattan, demanding his release. Source: Twitter/ @judsonchurchnyc. 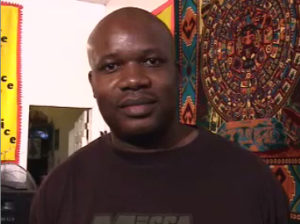 Chanting “We love you Jean!” and “Melt ICE’s heart!,” a group of about 60 protesters rallied in the bitter cold Friday morning outside of the immigrant detention center at 201 Varick Street in Lower Manhattan. They were demanding the release of Jean Montrevil, a father of four and a Haitian immigrant who was taken into custody Wednesday afternoon.

“We’re here because there is something much colder inside,” said Micah Bucey, a minister at Judson Memorial Church where Montrevil and his family are longtime congregants.

Montrevil was detained by U.S. Immigration and Customs Enforcement (ICE) near his home in Far Rockaway. He was taken first to the Varick Street detention center and then transferred to the Essex County Correctional Facility in Newark, New Jersey.

“He knows we’re all here fighting for him,” said Jane Truehold, a member of Judson Church who received a text message from Montrevil on Wednesday alerting her to what had happened before ICE confiscated his phone.

Montrevil’s legal odyssey began in 1990 when he was convicted at the age of 21 of selling cocaine and spent five years in prison. Since his release, his supporters point to his model record as a father of four U.S.-born children, founder of a successful small business and co-founder of the New Sanctuary Coalition, an interfaith network of congregations, organizations and individuals standing publicly in solidarity with families and communities resisting detention and deportation.

Nonetheless, Montrevil’s legal status remains precarious under a 1996 federal law which gives ICE the discretion to deport legal immigrants with a past felony conviction no matter how far in their past. Montrevil’s family and supporters’ fears he might be deported soared following Donald Trump’s election to the presidency.

Montrevil was due to report for his next check-in with ICE on Jan. 16. 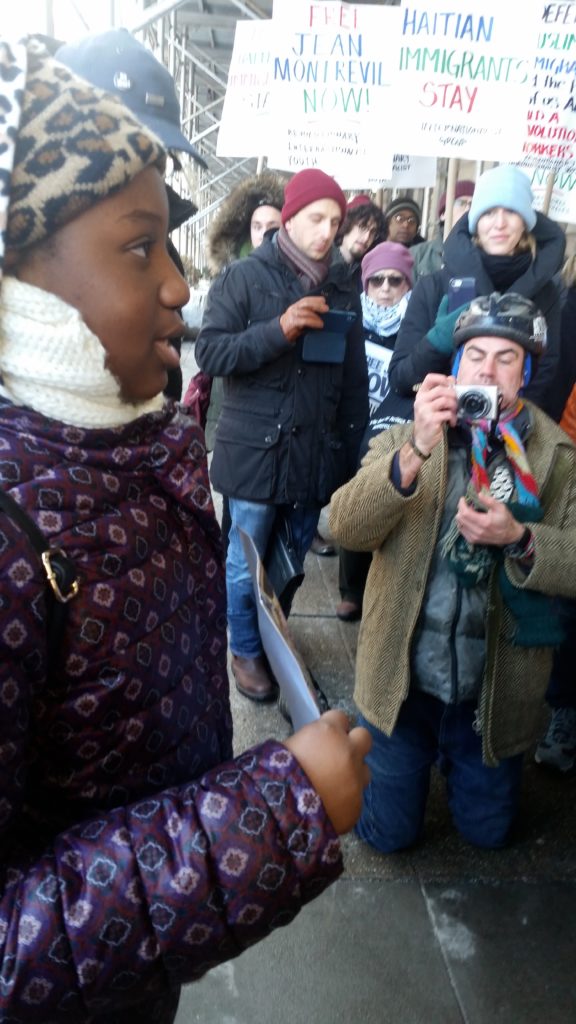 “This case is crazy,” Bucey told The Indypendent. “There’s no reason for this person to be locked up. He always goes to his check-ins and he was planning to go to his next check-in in a couple of weeks.”

“We are going to continue fighting until the end,” Cauthern said.

“He [Montrevil] is someone who has followed the rules as set forth by ICE,” said Sen. Hoylman. “We are united as a community in support of everyone no matter our religious faiths, the color of our skin.”

“Those of us who are secure in our citizenship must resist at every turn,” Glick added.

Bucey collected the email addresses of rally participants and said they, in turn, would be provided the phone numbers and email addresses of the two ICE officers responsible for Montrevil’s case. Direct appeals, Bucey explained, can make a difference.

“I’ve seen the impact and how it gets people released,” he said.