The Indypendent’s events calendar comes out every Wednesday online and once a month in print. We provide this calendar as a service to the communities we serve in the New York metropolitan area. Sign-up for our regular e-newsletter and you won’t miss a thing.

If there is an event you want others to learn about, we can help with that! Click here or fill out the embedded form below.

THURS JAN 11
9 AM – 12 PM • FREE
PROTEST: Solidarity Vigil Against Deportation
New York City families deserve dignity and respect. Each day, dozens of New Yorkers facing deportation must check-in with immigration authorities at 26 Federal Plaza. When they enter the building, they don’t know if they will be able to see their families again. Now more than ever it is important to show solidarity in the face of policies that threaten New York communities. Join the New York Immigration Coalition, the Center for Constitutional Rights and others in showing solidarity with immigrants under threat.
Foley Square
111 Worth St., Mnhtn

THURS JAN 11
6 PM – 8 PM • FREE
TALK: Documenting Activism
In conjunction with the exhibit “Unlikely Historians: Materials collected by NYPD surveillance teams, 1960-1975,” the Municipal Archives invites you to join in a lively conversation and presentation with photojournalists Kisha Bari and frequent contributor Erik McGregor about their work and the art of documenting activism.
NYC Department of Records
31 Chambers St., Mnhtn 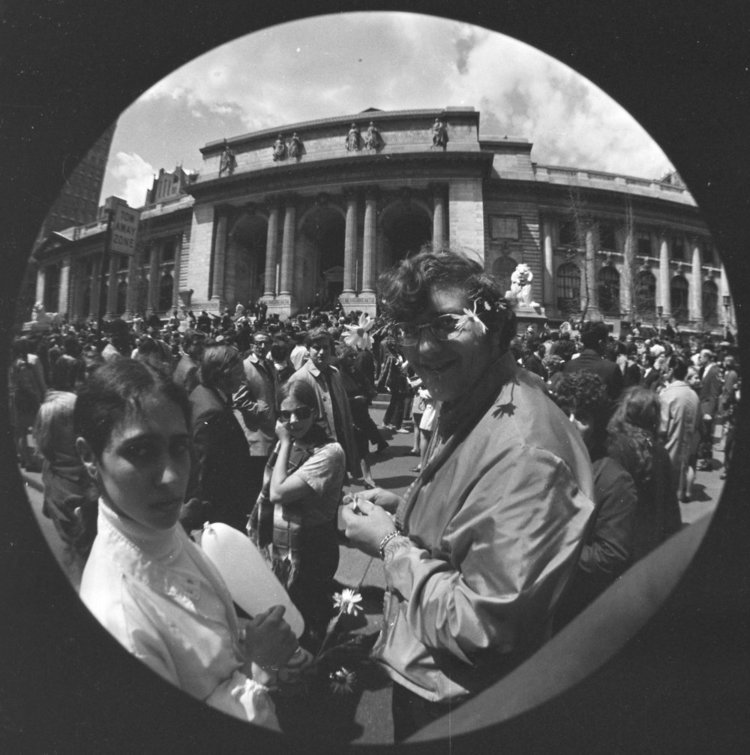 A fisheye photo shot by the NYPD showing demonstrators in front of the New York Public Library during the first Earth Day, April 22, 1970. Part of the exhibit “Unlikely Historians,” on view at the NYC Department of Records until Feb. 28

THURS JAN 11
7 PM – 10 PM • FREE
PRESENTATION: Visualizing Criminal Justice
The American criminal justice system consists of 2.2 million people behind bars, plus tens of millions of family members, corrections, and police officers, parolees, victims of crime, judges, prosecutors and defenders. The Bronx Documentary Center and The Marshall Project are proud to present a video exploration and discussion of this timely subject. Jenny Carchman will present a collection of short videos from the Marshall Project’s We Are Witnesses, a video exploration of our criminal justice system.
Bronx Documentary Center
614 Courtlandt Ave., Bronx

#BlackPanther fans! Join us this Friday for a special sneak preview of the film and conversation with Florence Kasumba. Get your ticket today 🙌🏾 #Blackcomicbookfestnyc pic.twitter.com/MDIZNxcqNp

FRI JAN 12
7 PM – 10 PM • FREE
SCREENING: Born In Flames
Energetic, raw and raucous, this documentary-like film by Lizzie Borden depicts a series of encounters that portray the multiplicity and diversity of womanhood. The film showcases the daily harassment, violence, sexism, and oppression that women endure, as well as ways in which they organize to defend each other and fight back.
Mayday Space
176 St Nicholas Ave, Bklyn

SAT JAN 13
12 PM • FREE, $10-$20 suggested donation
EDUCATION: Free University
On the one-year anniversary of Trump’s inauguration, in the face of horrific futures imposed from above, the Free University of NYC and Mayday Space invite people to come together and share skills, models, experiences and visions for building our own futures from below now. Childcare, Spanish interpretation and a community meal will be provided. After-party at Starr Bar!
Mayday Space
176 St Nicholas Ave., Bklyn 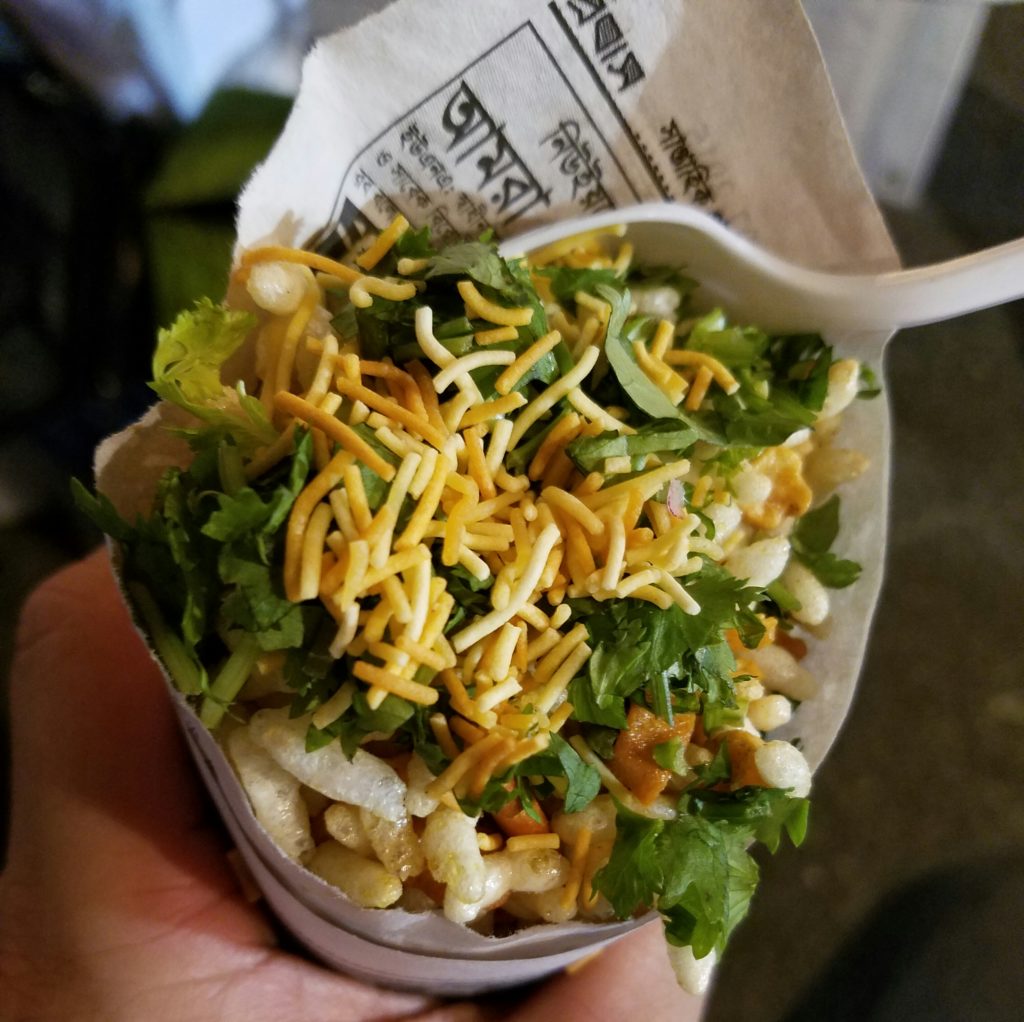 Jhal NYC will be cooking up Bangladeshi street food as part of a conversation about community building at the Bronx Museum’s XM Café.

TUES JAN 16
6:30 PM – 10:30 PM • FREE
SCREENING: IndieWorks
IndieWorks screens short films produced by emerging filmmakers throughout New York. It provides a platform for those filmmakers to showcase their work in front of an audience and to network with individuals in the local film community. The evening will feature a Q&A.
Indie Works
13-02 44th Ave., Queens

WED JAN 17
7 PM – 9 PM • FREE
BOOKLAUNCH: The Right to Have Rights
Sixty years ago, the political theorist Hannah Arendt, deprived of her German citizenship as a Jew and in exile from her country, observed that before people can enjoy any of the ‘inalienable’ Rights of Man — before there can be any specific rights to education, work, voting, and so on — there must first be such a thing as ‘the right to have rights.’ In our age of refugee crises and extra-state war, the phrase has become the center of a crucial and lively debate. Join Verso Books for the official launch of The Right to Have Rights, featuring a panel discussion with the book’s contributors moderated by Bruce Robbins.
Verso Books
20 Jay St, Suite 1010, Bklyn