The Indypendent
Menu
A Free Paper for Free People
Illustration by Emily Gage.

With her ability to conjure up whole new worlds that challenge how we see our own and to inhabit them with deeply human characters, she was one of the great radical fiction writers of our time.

Ursula Kroeber Le Guin — daughter of a famous anthropologist and a writer, genre-busting author of more than 20 novels, volumes of poetry and translations, hundreds of short stories and numerous children’s books — died, Jan. 22 in Portland, Oregon at the age of 88.

Her 1974 classic The Dispossessed begins, “There was a wall.” But Le Guin implored readers to gaze beyond walls; past the constraints of our present and into the possibilities that emerge when our barriers drop, to image new futures. These days, when those in power are obsessed with borders and walls and returning the world to a stultified past, her work is more relevant than ever.

Here are a few of the highlights:

Set on Gethen, a wintery planet whose “ambisexual” inhabitants can change gender from month to month, Left Hand follows the evolving views of an intergalactic envoy whose conventional outlook on gender is challenged by the Gethenians he encounters. The book’s most famous line: “The king was pregnant.” 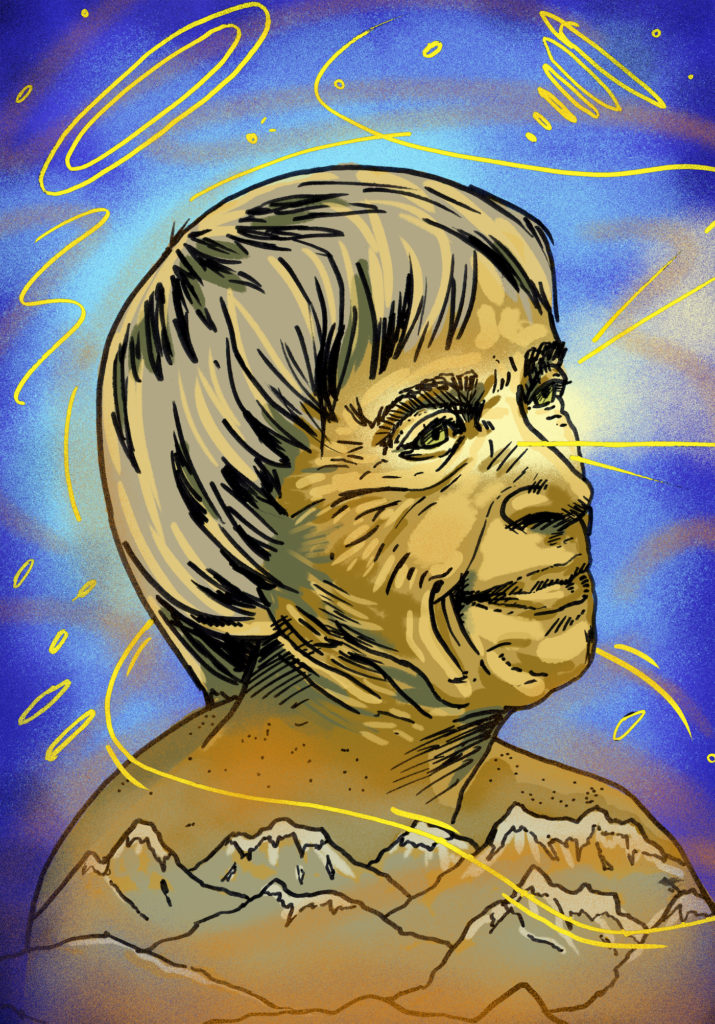 The Ones Who Walk Away From Omelas (1973): In what is perhaps the most well known of Le Guin’s short stories, the prosperous citizens of Omelas enjoy the good life. But it comes with a fateful bargain — they must accept the perpetual torment of a small child locked in a squalid closet who cannot be assisted or comforted or allowed to see the light of day. As the youth of Omelas come of age, they are each brought face-to-face with the child. If they can accept what they have seen or rationalize it away, they can remain in Omelas and continue their comfortable lives. For the rebels who can’t bury their consciences, they have no choice but to leave Omelas, each in search of a place in the world they can call home.

The Dispossessed (1974): Which would you prefer? To live on Urras, an Earthlike world abundant in wealth and natural resources yet plagued by brutal hierarchies of privilege? Or Annares, a barren lunar wasteland where a colony of anarchist settlers have abolished private property, government, armies, laws, police, courts, prisons and possessive pronouns and made human solidarity the norm?

In this work, Le Guin accomplishes a rare literary feat — bringing to life a nuanced and richly imagined utopian society — while juxtaposing the two rival worlds through the story of Shevek, a brilliant Anarresti physicist and a committed anarchist who eventually tires of the groupthink of his own society. Seeking new scientific knowledge and understanding, he becomes the first member of his world to ever return to the mother planet of Urras. The rituals and behaviors that are considered normal under capitalism have never seemed stranger than when viewed through the eyes of this baffled visitor. When his journey ignites uprisings on both Urras and Anarres, Shevek must weigh his own values and act.

The Day Before The Revolution (1974): Set 170 years before the events described in The Dispossessed, this is a tender short story about growing old and dying. It describes the final day in the life of Laia Asieo Odo, an aging revolutionary icon whose writings will inspire the uprising that leads to the founding of Anarres. While the movement she has given her life to races toward a decisive general strike, Odo’s thoughts drift through a labyrinth of memories. The story’s rueful final sentence will make you sit up straight and ask yourself an important question.

The Earthsea Series (1968-2001): A boy wizard trains at a school for magic and goes forth to vanquish the evil that threatens the land. Long before the Harry Potter juggernaut came along, Le Guin’s six-part Earthsea series delivered coming of age adventures that crackle with mystery and wonder. Along the way, she spurred the imagination of millions of tweens and teens, and gave adult readers plenty to think about as well.

In Her Own Words
Hard times are coming, when we’ll be wanting the voices of writers who can see alternatives to how we live now, can see through our fear-stricken society and its obsessive technologies to other ways of being, and even imagine real grounds for hope. We’ll need writers who can remember freedom — poets, visionaries — realists of a larger reality.Right now, we need writers who know the difference between production of a market commodity and the practice of an art. Developing written material to suit sales strategies in order to maximize corporate profit and advertising revenue is not the same thing as responsible book publishing or authorship.Yet I see sales departments given control over editorial. I see my own publishers, in a silly panic of ignorance and greed, charging public libraries for an e-book six or seven times more than they charge customers. We just saw a profiteer try to punish a publisher for disobedience, and writers threatened by corporate fatwa. And I see a lot of us, the producers, who write the books and make the books, accepting this — letting commodity profiteers sell us like deodorant, and tell us what to publish, what to write.Books aren’t just commodities; the profit motive is often in conflict with the aims of art. We live in capitalism, its power seems inescapable — but then, so did the divine right of kings. Any human power can be resisted and changed by human beings. Resistance and change often begin in art. Very often in our art, the art of words.

I’ve had a long career as a writer, and a good one, in good company. Here at the end of it, I don’t want to watch American literature get sold down the river. We who live by writing and publishing want and should demand our fair share of the proceeds; but the name of our beautiful reward isn’t profit. Its name is freedom.

This article has been updated and expanded for the February print edition of The Indypendent.