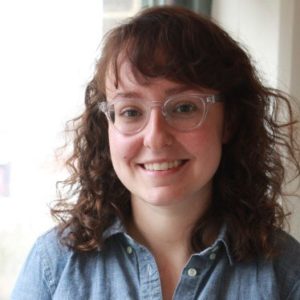 I started reporting as an undergraduate student at McGill University in Montreal, Canada, where I worked at McGill’s campus-community radio station and hosted podcasts. I discovered the power in amplifying the voices of the vulnerable and, having wrapped up my B.A. in Religious Studies, I decided to pursue reporting full time. I enrolled at the Columbia Graduate School of Journalism in New York and began internships at WNYC radio and the Democracy Now! news hour. I decided to continue working in independent media, but also to try my hand at print. I wanted to write for publications like The Indypendent.

In November, I got my chance. My sources in Puerto Rico showed me compelling evidence that the island’s Department of Education was seeking to use the disaster of Hurricane Maria to further an existing agenda of school privatization. A protest campaign led by parents and teachers, however, thwarted officials’ plans.

Last week, The Indy published the article I co-wrote with another young reporter about this struggle. At another publication, our piece might have been less developed, shorter and tucked away in the paper’s back pages.

But The Indy believes in young journalists like me — a proud tradition, I’ve learned, that it has carried on for many years. In a time when local newspapers across the country have folded, fake news is on the march and the voices of marginalized peoples need to be raised more than ever, The Indy produces journalism with a deep respect for the core values of the discipline.

Editor-in-Chief John Tarleton and Associate Editor Peter Rugh worked closely with my co-author Lydia and I from start to finish. After a long day of field reporting, we sat on a stoop in the Santurce neighborhood of San Juan and gave John an extensive run-down of the day’s interviews on the phone. Together we plotted the next steps we would take in reporting the story and later, when I returned from Puerto Rico and drafted the article, the editors conducted a substantial and meticulous back-and-forth with us, several times leaving Lydia and me their time-stamped comments at four or five in the morning.

The Indy is not only committed to a free and fiercely independent journalism in the stories that it covers, but also to the journalists writing them. One way of speaking truth to power and giving voice to the voiceless is taking the time to teach young writers to do it for themselves, the way editors at The Indy have done for me.

If you believe in the importance of independent media — journalism that is free from governmental, corporate and other influences — and want to support organizations that demonstrate their commitment to the utmost values of the discipline by providing close mentorship to young journalists like me, visit The Indy’s donation page to make a contribution today.