On Jan. 18,  the government announced it was dropping charges against 129 people swept up in mass arrests while protesting Donald Trump on Inauguration Day 2017.

“I’m glad it’s over,” Adam Simpson, one of the defendants who had expected to attend a pretrial hearing the following day in Washington, D.C., told The Independent.

There was cause for celebration for those whose charges were dismissed, as well as the six defendants who were acquitted by a jury in December. Yet, in a statement, the U.S. Attorney’s Office for the District of Columbia said it would continue to pursue a case against the remaining 59 defendants, the “core group that we believe is most responsible for the destruction and violence that took place on Inauguration Day.”

“This is a victory, but the fight is far from over,” said Sam Menefee-Libey, a member of the Dead City Legal Posse, which has provided housing and mutual aid to the defendants. “The U.S. Attorney’s Office continues to zealously prosecute many who were protesting a proto-fascist president and the solidarity among defendants and supporters remains strong.”

Assistant U.S. Attorney Jennifer Kerkhoff originally sought convictions against 234 people in relation to the Inauguration Day protest on charges that carry decades in prison, including “conspiracy to riot.” Thirteen individuals accepted lesser plea deals but dozens of defendants refused and government has already spent millions prosecuting the alleged rioters for what, by its own admission, amounts to $100,000 in property damage.

For the most part, prosecutors appear to be grasping at straws. They have cited the dark clothing demonstration attendees wore as proof of a conspiracy and last year sought the IP addresses of 1.3 million internet users who visited the protest’s website, a request it dropped in August when the site’s host pushed back. 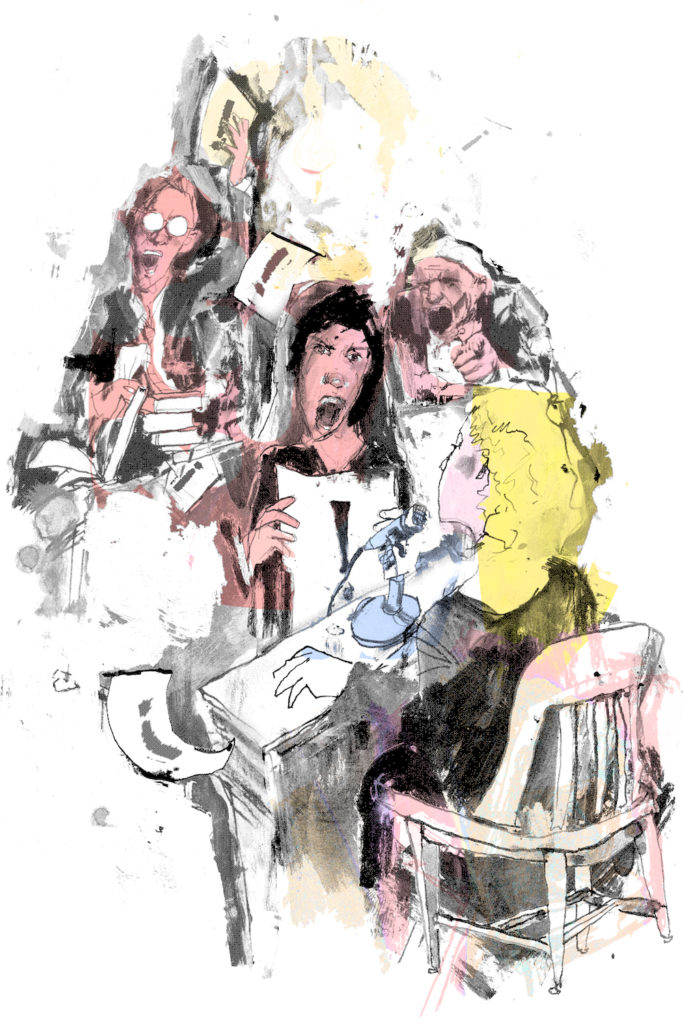 Those still slated to stand trial include journalist (and former Indy contributor) Aaron Cantú. Attorneys for Cantú, who attended the demonstration as a reporter, are seeking to have the charges against him dropped on First Amendment grounds.

The remaining defendants prosecuted in a series of trials, mainly in groups of at least four. The next trial is expected to begin in March, with prosecutions stretching into the fall. A total of 21 trials are planned.

“Every trial is a new universe,” the presiding judge, Robert Morin, remarked at a Jan. 19 motion hearing.

At the same time, the American Civil Liberties Union is moving ahead with a lawsuit against the D.C. Metropolitan Police Department for excessive use of force on Inauguration Day. Demonstrators were kettled, pepper-sprayed and, according to the lawsuit, denied food, water and bathroom access for several hours. Two plaintiffs accuse officers of subjecting them to unnecessary rectal searches in order to humiliate them.

An earlier version of this article was published on Jan. 19.