The Indypendent
Menu
A Free Paper for Free People
Skank the night away with the Skatalites, godfathers of Jamaican ska, at Brooklyn Bowl on Friday. Credit: skatalites.com.

THURS FEB 22
6:30 PM–8:00 PM • $11
CLASS: Seneca Village and the Archaeology of Central Park
Before Central Park, there was Seneca Village, home of some 300 free African Americans and recent immigrants from Germany and Ireland. It was a center of diversity, political activism and an important stop on the Underground Railroad. Then, in 1857, it was violently razed to make way for the future park. Learn more about this important facet of New York history.
Prospect Heights Brainery
190 Underhill Ave., Bklyn

THURS FEB 22
7 PM–9 PM • FREE
PUBLIC FORUM: Which Way in Korea?
As Trump threatens to give North Korea a “bloody nose,” learn why diplomacy is the only strategy for a successful resolution of this crisis. Sponsored by Brooklyn for Peace, featured speakers include Juyeon Rhee of the Korea Policy Institute and William Hartung, director of the Arms and Security Project at the Center for International Policy.
Brooklyn Commons
388 Atlantic Ave.

FRI FEB 23
8 PM • $15
MUSIC: The Skatalites
Jamaica’s premier ska band since 1964, the Skatalites backed artists like Bob Marley and Toots and The Maytals. They bring their infectious brand of bluesy, jazzy ska to town with the Alchemystics and Moha.
Brooklyn Bowl
61 Wythe Ave.

FRI FEB 23
9 PM • $25 in advance, $30 at the door
MUSIC: The Brooklyn Nomads
A collective of musicians from different cultural and artistic backgrounds, with a focus on Middle Eastern music.
Brooklyn Commons
388 Atlantic Ave.

SAT FEB 24
2 PM • $5 donation
SCREENING: I Am Not Your Negro
Writer James Baldwin’s reflections on the boundaries of race and the necessity for multi-issue coalition-building in the Civil Rights movement. Rich historical footage connects the ongoing struggle for black freedom and equality to today’s movements. $10 Southern brunch served at 2 p.m., screening at 3 p.m. Discussion to follow the film.
Freedom Hall
113 W 128th St., Mnhtn

SAT FEB 24
5 PM • FREE
SCREENING: Write Down, I am an Arab
A look at the life and work of Palestinian national poet and one of the most influential writers of the Arab world, Mahmoud Darwish. Through his poetry, secret love letters and exclusive archival materials, this documentary unearths the story behind the man who shaped Palestinian identity and helped galvanize generations of Palestinians to their cause. A reading of Darwish’s poetry will immediately follows the screening.
Central Library
10 Grand Army Pl., Bklyn

MON FEB 26
6:30 PM • FREE
TALK: Theater-In-Black In Harlem
This free-ranging conversation will touch upon the legacies of Harlem theater companies that include W.E.B. Du Bois and Regina Anderson’s KRIGWA and Langston Hughes and Louise Thompson’s Suitcase Theater, as well as successive companies such as those developed by Amiri Baraka and others.
Schomburg Center for Research in Black Culture
515 Malcolm X Blvd., Mnhtn

MON FEB 26
7 PM • $15
PANEL: Let’s Woman-splain Romance!
The romance genre has been objectified since its inception but has grown into a genre primarily written for women by women. Some of the foremost authors of the genre and a few of the young, diverse voices actively working towards its evolution come together to turn the tables, and woman-splain the appeal, power and strength of Romance to an open-minded, male moderator.
Strand Book Store
828 Broadway

TUES FEB 27
6:30 PM • $5
DISCUSSION: Black Writers in a Post-Obama America
Does literature by black writers demand a response to the country’s racism? Especially today, is there an onus on writers of color to shine a spotlight on racial injustice? Hear from authors Kaitlyn Greenidge, Bernice McFadden, Garnette Cadogan and Quincy Troupe in a panel discussion moderated by the novelist Elizabeth Nunez.
Brooklyn Historical Society
128 Pierrepont St. 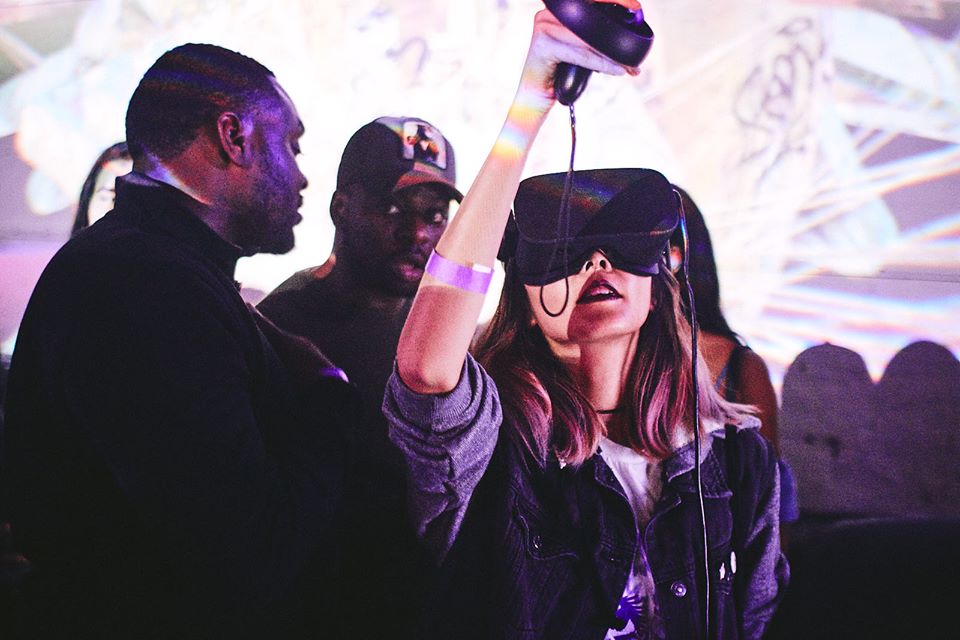 Use your virtual imagination at Superchief Gallery in Queens. Credit: Superchief Facebook.

____
Photo (top): Skank the night away with The Skatalites, godfathers of Jamaican ska, at Brooklyn Bowl on Friday. Credit: skatalites.com.