The Indypendent
Menu
A Free Paper for Free People
Screen shot from 'Being' from Iasmin Omar Ata. Source: deltahead.itch.io/being.

There have always been numerous DIY communities in video gaming. Dedicated players edit and modify an existing game’s content to their liking, fan groups create alternate language versions of forgotten gems to make them accessible to new players and ambitious creators make their own games from scratch without the aid of a major budget. These independently-made games have become more and more prominent in the 2010s, carving out a niche among the most expensive releases of the big publishers. Today’s players can now find retro- styled, low-budget games made by individuals or small teams on digital distribution platforms sharing space with the industry’s equivalent of Hollywood blockbusters like Call of Duty or Assassin’s Creed.

The rise of indie games has been accompanied by progressively more accessible resources for creating them. Consumer-level game development tools have been around for a long time, but today people have more refined and affordable (or in some cases free) options to work with, along with new communities devoted to helping one get started. And with these new resources, diverse new voices are able to tell stories in games that no major publisher would touch. These games are made by small groups of people (or in some cases one person) with a focus on integrating the experiences portrayed in them with how the player controls the game in order to create something genuinely unique.

The following three games are worth a look both for their subject matter as well as the ingenious little ways in which their creators deliver an experience.

12hrs puts the player in the role of a homeless person trying to survive the night. It was created by Kiva Bay and Caelyn Sandel and is based on Bay’s own experience with homelessness. The game was designed in TWINE, an open source tool used primarily to create interactive fiction. (You can learn more about this program at twinery.org). 12hrs plays like a choose-your-own adventure game, but Bay’s writing keeps things tense. She is careful to add a potential humiliating or dangerous consequence to almost every action the player can take. Bay’s blunt, matter-of-fact writing quickly establishes a sense of isolation and hesitation while playing.

The rise of indie games has been accompanied by progressively more accessible resources for creating them.

This and the knowledge that several of the scenarios in the game are taken directly from Bay’s personal experiences, makes for a sobering time. Where 12hrs really shines though is in the way it uses TWINE’s simple interface to its advantage. A major part of the game involves begging for spare change, which can later be spent on food. The inspired part is how one spends the money. Mainstream games that involve transactions of any kind are often designed to streamline the process as much as possible, but in 12hrs each time the player wishes to make a purchase, the game does not tell them how much money they have. Instead, it lists how many of each coin is in the player’s possession, and it is up to the player to manually sort and count up how much money they want to hand an increasingly impatient clerk. This moment encapsulates everything the game has to say about being homeless: being judged for wanting to participate in society in the most basic way, while having one’s every move simultaneously chastised, ignored and dismissed with a glance.

This is a short adventure by teacher and composer Sean Han Tani. Intentionally low-tech looking, the game’s graphics resemble something one would encounter on gaming platforms from the mid-90s. One can particularly see the influence of the cult games Shin Megami Tensei and LSD: Dream Simulator on All Our Asias’ look. The game was built with the Unity development platform, which has been very popular among indie developers for creating games with 3D environments. It follows Yuito, a Japanese-American man who learns that his estranged father is dying. Yuito unfortunately does not arrive in time to speak to him, but he is soon informed of an experimental technology that will allow him to briefly enter and experience some of his father’s memories. Hoping to learn more about him, Yuito readily enters his father’s mind.

The rest of the game follows Yuito on an abstract trek for closure, which doesn’t come easily. Yuito is continually frustrated by the lack of a single clue or insight to answer his many questions. He is presented with memory after fragmented memory of Asian experiences that have nothing in common with his own, forcing him to question both his and his father’s roles in their own community. The game is short and laser-focused on one character’s personal growth in a way that complements the lo-fi aesthetic. 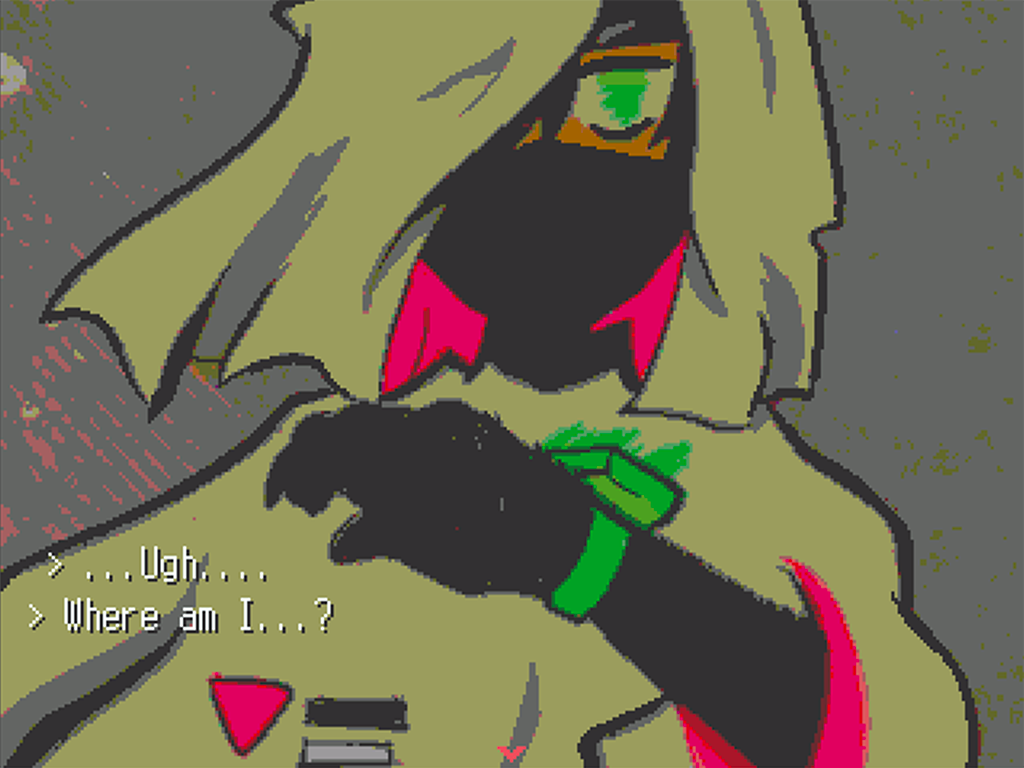 Being was released last year by Iasmin Omar Ata, a Palestinian-American cartoonist and illustrator. It was made in RPG Maker, a role-playing game development kit that’s become more refined and accessible over the years, but has been around in various forms since 1988. Ata puts it to good work here, creating a variety of environments and moods that reflect a spectrum of lived Palestinian experiences.

Players explore the game’s small world in the role of a time traveler sent to various epochs and places to procure historical artifacts. Arriving in a place unknown to them, they find only the smallest evidence of the people who once lived there amid several surreal traumatic experiences. Ata’s use of color and sound gives the game an appropriately oppressive feel from start to finish, and this is only helped by the various literary quotes the player can read throughout the game regarding the occupation of Palestine. All of this gives Being an uncommon slow burn anger. Despite this, the game ends on a powerful and hopeful note.