In 2009, the singer-songwriter Shea Diamond was released after serving a 10-year sentence at a series of men’s prisons in Michigan for armed robbery. She committed the robbery, she says, in order to procure funds for a gender-affirming surgery.

Diamond (whose first name is pronounced “SHE-uh”) has come a long way since then. Her first EP, Seen It All (Asylum Records) was produced by songwriter Justin Tranter who has worked with Justin Bieber, Linkin Park and Gwen Stefani among others and is due out June 29. The first single from the record, a sexy-soulful-amplified take on colorism, “Keisha Complexion,” was released in May.

The Indypendent reached Diamond by phone in Los Angeles where she now lives. We discussed her new EP and her experiences as a transgender woman in prison where she wrote her first song, a somber and probing feminist anthem about tackling adversity, “I Am Her.”

This interview has been lightly edited for clarity and concision.

The Indypendent: You talk about how you’ve always identified as female, even when you were a child. I read that your mother used to whisper in your ear as you were singing in the church choir that your voice was too high. What’s your relationship to music like?

Shea Diamond: For me, music is the Essence. It’s just as close to me as my breath. And so music to me was just like the thing that saved my life. If I wasn’t able to hum, if I wasn’t able to sing little notes, I don’t know if I would be able to have made it through those rough times. Sometimes I needed to sing myself to sleep. When I was incarcerated, that was a very difficult moment for me and I needed some additional strength.

It seems like that’s where you really began to come into your own as an artist.

I began to actually write more aggressively. I began to write down my feelings about the church, about my sexuality, about my identity — just about everything in life. And just about experiences I had in relationships and all that stuff. I started to figure out how to make the best version of a song I could, not having any idea of structure.

It must have been a challenge being a trans woman in a men’s prison.

I began to be punished within the system for my femininity. What happens inside is you introduce a trans woman into a masculine world. Being that you hold the secondary feminine sexual characteristics of a male female, that presents a security issue. You become a threat to the safety of the institution. They don’t want you on the compound, so lot of times they punish you by keeping you on “loss of privileges” or “termination of privileges.” You stay on “TOP/LOP” a lot. They have you in protective segregation. Your femininity is always under attack. 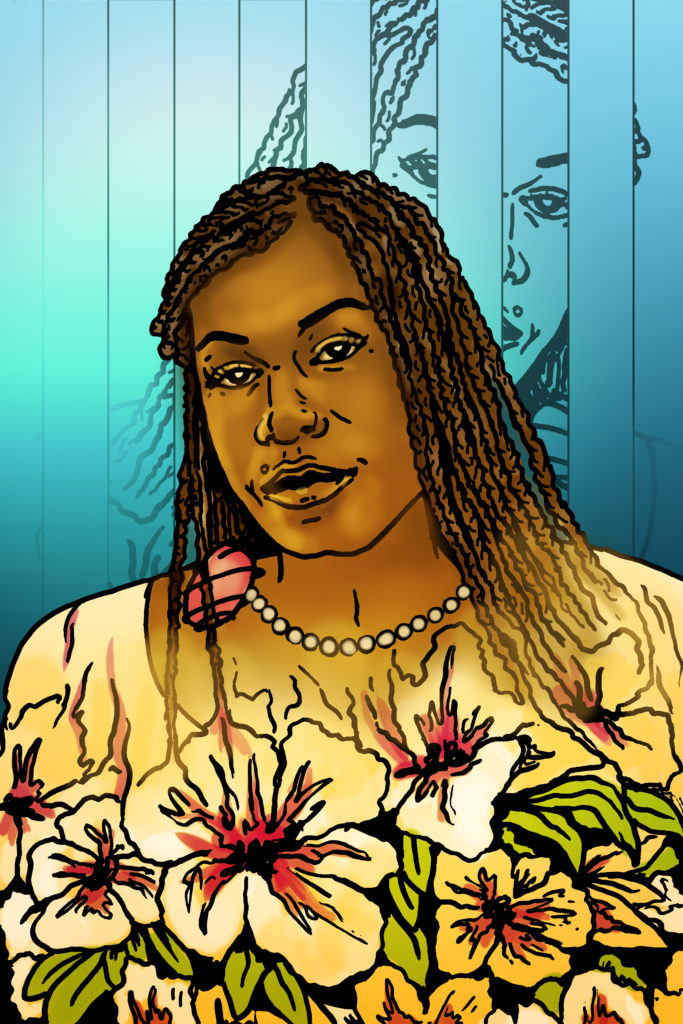 If I dressed as my truth, I would get stopped on the bus on the way to transferring to the new facility. The wardens themselves would come out and say, “No, you’re not coming to my facility.” It’s humiliating and degrading. You’re handcuffed. And then get there, and to be rejected and told “You’re too feminine. You’re a man. That’s what we want you to clearly identify yourself as, but you don’t look the part. So we cannot have you interrupting the normal operations of this place.”

It was a double-edged sword. There was no way for you to win.

To what extent were you able to make music while you were incarcerated?

For me, music was my escape. They give me my TOP/LOP for nothing. They thought I was crazy. I was singing and writing songs and stuff. They put me in segregation — I was still smiling when I came out. I found a joy in everything. When I was in segregation, I found acoustics. Although I couldn’t see anybody, they could hear me. So I was able to sing “I Am Her.” I had the inmates in there singing “I Am Her.” It was like a party up in there. I would lay on the floor and sing. You know, it took away the hours that you spent in there, the days you spent in there, the months that you spent in there. To the point that you lost sight of the calendar days.

So you have an EP coming out June 29, Seen It All.

I’m so excited! It has a lot of good beats and stuff that the people who are behind the music have thrown in there. It’s like a little bit of everything. There’s just, like, a special bit of love in the project, just some extra magic that was added.

Tell us about your first single off the record. What was the genesis behind it?

There has been like a bit of a backlash from “Keisha Complexion,” which is very surprising. The backlash that comes is: “Is that a man?” So, I would just like to address that once and for all: Trans people are who they say they are.

This is reader supported news. Make a contribution today!