The revolt against business-as-usual machine politics in New York began in the summer of 2014 when then little-known Fordham Law School professor named Zephyr Teachout won 34 percent of the vote against Andrew Cuomo in the Democratic primary. She ran on an anti-corruption message with hardly any money, endorsements or name recognition.

Four years later, the author of a widely acclaimed book on the history of corruption in America is back on the campaign trail. This time Teachout is running for Attorney General, an especially powerful post given New York’s role as a center of finance and media as well as the home of President Trump and his sprawling business empire.

I recently found Teachout in her spartan office in the back of her East Harlem campaign headquarters where she was picking through a lunch of salad and falafel balls. Brimming with ideas for how to transform a justice system that has one set of rules for the powerful and the connected and another for everyone else, she made her case for why New York’s top law enforcement official should be someone with no ties to the existing political establishment.

This interview has been edited for concision and clarity. 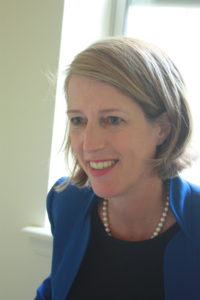 John Tarleton: Why are you running for Attorney General? What do you bring to the table that your opponents do not?

The job of attorney general is to investigate the crimes of the powerful so there aren’t two systems of laws, one for the wealthy well connected one for everybody else. At the same time, we must end mass incarceration, end cash bail and speak out against the travesty caused by marijuana arrests. It is particularly important for law enforcement to take that role.

New York State government has long been cited as among the most corrupt in the country. What should the next AG’s relationship to the rest of the political establishment be?

I’m running against three candidates who in different ways all have close ties to the establishment and who all take big New York City real estate money. In order to speak out, you have to be comfortable taking on the legislature and the governor. You have to be real clear about legal violations. That is why I am calling for the resignation of Seth Agata, the head of the Joint Commission on Public Ethics, the state agency that is supposed to be investigating corruption and sexual misconduct but instead protects those in power. Of course, he should resign in the same way [MTA Chairman] Joe Lhota should not be allowed to receive outside income from other jobs.

You’ve had success as an academic and as an author whose writings have been cited by the courts in prominent anti-corruption cases. But do you have the necessary experience to serve in a high-pressure public office like New York Attorney General?

I started my career representing people on death row. When your client’s life is on the line, that’s high pressure. You have to be creative, dogged, tenacious, uncover every possible fact that could help your client. Right now I’m a plaintiff in a lawsuit to overturn the Citizens United Supreme Court ruling. Seventy-two hours after Trump took office I was one of the lawyers in the first emoluments lawsuit, as well as advising others. For years I’ve been advising legal strategy around net neutrality and anti-trust violations. So I feel fully ready to take on this job.

In the same vein, how would you approach running the Attorney General’s office with hundreds of lawyers under your charge given that you haven’t held public office before?

I’ve started foundations and non-profits and worked closely with legal teams in developing strategy. Much of the work of attorney general is recruiting, building up and supporting the underlying talent — really lifting up the line attorneys and working with bureau heads to maximize the potential of the office. One of the changes I would make is to create a flatter structure with fewer layers of bureaucracy to enable faster action. While focusing on individual cases, we would also be looking for patterns in those cases that might impact systemic change so the big companies can’t get away with just paying off thousands of small fines.

How would you describe your political philosophy?

I start with a basic belief that every person has dignity and is deserving of equal respect. So many problems in our society come from unaccountable, concentrated power and the abuse of that power which is why it’s especially important to hold those in power accountable.

Reading your book, Corruption in America, I was struck by the inspiration you drew from this country’s founders and the debates they had among themselves, It’s often Tea Party types who focus on the historical figures from that era while the left draws its inspiration more from subsequent social reformers and revolutionaries who dot this country’s history.

The book started as an appeal to the Supreme Court saying you’re using originalism as a judicial philosophy all wrong. What we should do is look for those values which are wise and powerful and strong and reject those values which are not. The wisdom that was a focus of my book and a focus of my research is a profound anxiety about power and corruption. Let’s learn, let’s take everything of value that we can from history and not take those parts that aren’t. That’s the way I approach any era in history.

Is it a coincidence that your campaign office is located at 1789 Madison Avenue given James Madison’s leading role in writing the Constitution.

Given that the legal system often serves as a tool of class domination, it’s hard not to feel a certain cynicism when the importance of the “rule of law” is invoked?