‘The Marshals Are Here’

I’m currently in my sophomore year and am receiving TAP and federal aid to go to school. I’m a full-time student and work part-time. I plan on going with a psychology major because I want to become a guidance counselor in order to help other students experiencing things like I’ve gone through.

My family always struggled with money like many other people do living in this city.

I remember when I was 14, my mom tapping my shoulder as I lay in bed one morning. “Wake up, Chey,” she said. “We’re being evicted. The marshals are here to change the locks. You have enough time to pack a bag.”

My sister Katrina and I had soaked mom’s shirt with tears by the time my dad walked into our bedroom. He just stood there watching us. “We don’t have a lot of time,” he mumbled. “Lets pack what we can.” He must’ve felt the death stare in my eyes because he looked away and left the room.

When the marshals shut the door and walked us down the steps, little did I know this was the first time, but it definitely wouldn’t be the last.

Without the help from some of the high school administrators I had supporting me through those years, I don’t think I would’ve made it to where I am today. To be that person for another student in need would mean the world to me.

The transition from the Obama administration to Trump’s brought forth many radical right-wing conservatives. They’re more inclined to express their views in public regardless of how others may feel, especially when it comes to immigrants like me.

I am in my first academic year and am working full time while going to school full time. I’m unable to take out any student loans since DACA recipients are not eligible. I’m one of the 800,000 DACA recipients, and under the Trump administration I’m labeled a criminal without ever committing a crime.

It’s been a nightmare since Congress failed to pass immigration reform in March. Every day I walk through a fog of anxiety and uncertainty. I try to remain positive and constantly remind myself that life could be much worse. I use the internet as one tool to escape a dreadful reality.

I’m never the one to comment on any immigration post because I wouldn’t want to expose myself, but last month while riding the bus home I was on Instagram and I came across an illustration of a boot kicking a child through a doorway labeled “Make America Great Again.” I was just going to ignore it, when a lone comment drew my attention. “Deport these job stealing kids out of my country, MAGA!” it read.

That was the straw that broke the camel’s back. I created a fake profile in order to add my two cents. After looking through the commenter’s profile, I was tempted to curse him out and poke fun at his double chin. I wanted to be as distasteful and hurtful as he was, but I couldn’t come to do it. It wasn’t me. I wanted him to confront his fear, his fear of me, to learn that I was just as American as he was. 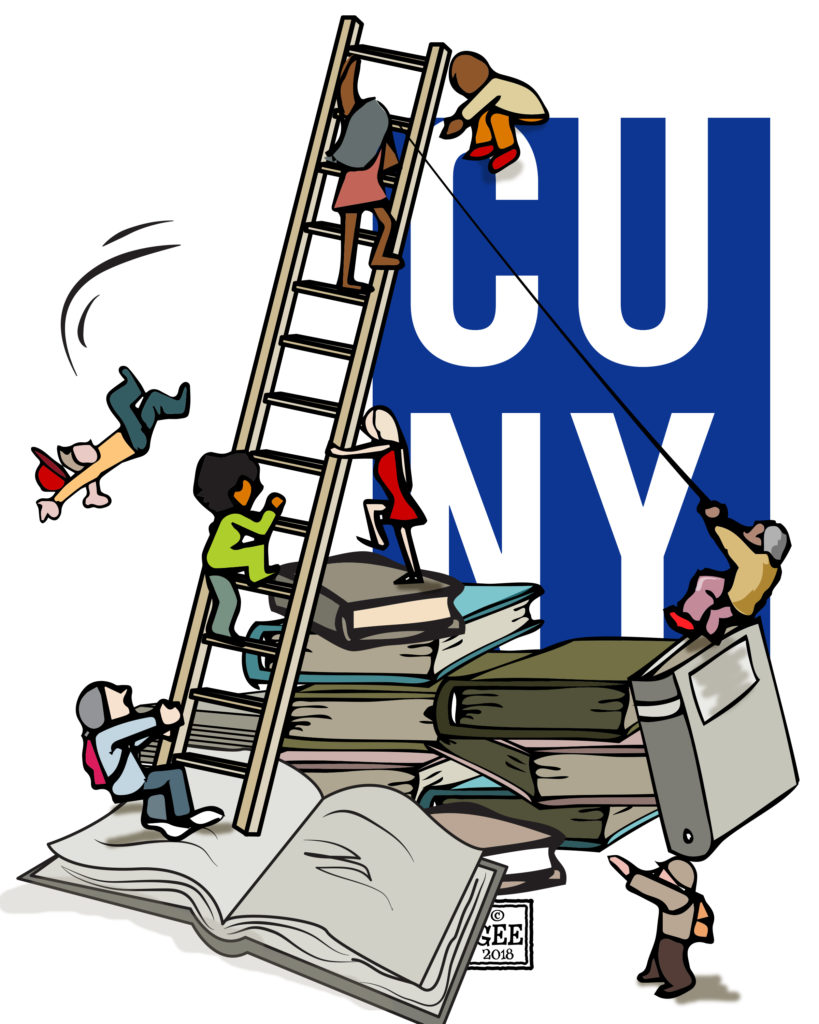 We went back and forth. I informed him what criteria I needed to meet in order to be eligible for DACA. I told him my experience growing up in America. How I pledged allegiance to our flag, of my failed attempts to join the Army because I didn’t have a Social Security number. I shared my joy of driving for the first time and at receiving my first tax-deducting paycheck.

Near the end of our debate, which turned into a conversation, he admitted that he crossed a line with his comment because he’s never met a DACA recipient. He apologized and said he had started to see the flaws in our immigration system. I didn’t know whether he was joking or not but I accepted his apology.

It could have been a Russian troll on the other end of that profile and I’d never know but for once in my life, I was able to share my journey while persuading others that DACA recipients are Americans too. I have chosen Computer Sciences as my major. I’m following my passion and hope to land a scholarship to continue my education at a four-year university.

Head of The Household

It’s spring break 2018! There I was, on my knees — sweat dripping, heart pounding, tears pouring. This moment of despair arose out of a need for drastic change.

For several years I had been the head of my household. My mother came to this country in 1992 from the Dominican Republic and has since claimed a corner of a couch as her throne, welfare and food stamps as her bread and butter. My older brother is currently in a shelter with my two nephews. He never finished high school and let his citizenship expire. My youngest brother hasn’t finished high school either. When he was fired from Chipotle, my mother began one of her long, drawn-out speeches about responsibility.

I knew this time I had to intervene. So I took the most vulnerable position I could imagine; I kneeled and apologized for any disrespect I was about to express. I finally made it clear to them what this family unit has been missing all along is not the know-how, ability, or opportunity to do something toward positive change. What they lacked was the desire from within to get things done. As a son or a daughter, you never want to cross any lines but the reality is my mother did not lead by the example which she preached so passionately.

The tension was so electrifying the lights seemed to flicker — although that could’ve been the result of my own eyes twitching from the conviction with which I spoke.

I thought I could free my own family from their mental slavery, but I was slapped with the unspoken bitter truth, I can’t do it. Despite my efforts, they looked me in the eyes and shrugged their shoulders.

These days I am living with my father. I work full time at the dining hall at NYU and was attending school full time too with TAP and Pell grants at LaGuardia until this year. I already have a certificate in audio engineering and production and plan to start my own business. All I’m missing is a car and more equipment. Eventually, I plan to move on to mixing and mastering audiobooks and things. I do plan to go back to school eventually and I’m not knocking it, but you don’t have to sit in a classroom for three hours staring at a board to learn something