The Indypendent
Menu
A Free Paper for Free People
This movie will scare the shit out of you. Good thing you can watch it with some sensible feminists.

THRU OCT 20
11AM–6PM • FREE
ART: Chitra Ganesh: Her Garden, A Mirror
Chitra Ganesh continues her exploration of gender and power in this solo exhibition that takes as a point of departure the utopian, feminist, sci-fi novella from 1905, Sultana’s Dream by Bengali author and social reformer Begum Rokeya Sakhawat Hossain. These new works in printmaking, sculpture and video engage artistic, historical and literary sources to further reimagine the roles of the individual and the collective during periods of societal turbulence.
The Kitchen
512 W 19th St., Mnhtn

THURS OCT 11
5:30PM–7:30PM • FREE
ART: Bearing Witness to the Incarcerated Girls of New York
Incorrigibles, an organization focused on juvenile justice with and for girls using multimedia storytelling opens this exhibit on the International Day of the Girl. It features works from Alison Cornyn’s of Incorrigibles; Beth Thielen, known for her one-of-a-kind artists books and public art projects; written works by girls and women who currently and formerly incarcerated; and Aaliyah, a young artist enrolled in an alternative to incarceration program at the Brooklyn Federal Courthouse. Works on view through mid-January.
Charles P. Sifton Gallery, Brooklyn Federal Courthouse
225 Cadman Plaza E., Bklyn

THURS OCT 11
6:30PM–9PM • FREE
SCREENING: The Iron Triangle
For decades, the Iron Triangle at Willets Point in Queens has been the site of an interconnected network of hundreds of small auto repair shops. But with the Iron Triangle declared a blight and marked for lucrative redevelopment, the working class of Willets Point face off against gentrification and urban renewal for the future of their livelihoods and community. A discussion will follow this documentary screening.
New York Public Library – Seward Park Branch
192 E. Broadway, Mnhtn

OCT 15–NOV 19
MON, 6PM–7:30PM • $18 a session
DANCE: Afro-Puerto Rican Bomba Dance w/ Julia Gutierrez
Tap into one of the oldest dance and musical practices of the Caribbean during this special class offered by one of today’s most noted Bomba dancers, Julia Gutiérrez-Rivera. Classes feature live drumming and are open to all skill levels and appropriate for all genders.
Fit4Dance
778 Nostrand Ave., Bklyn 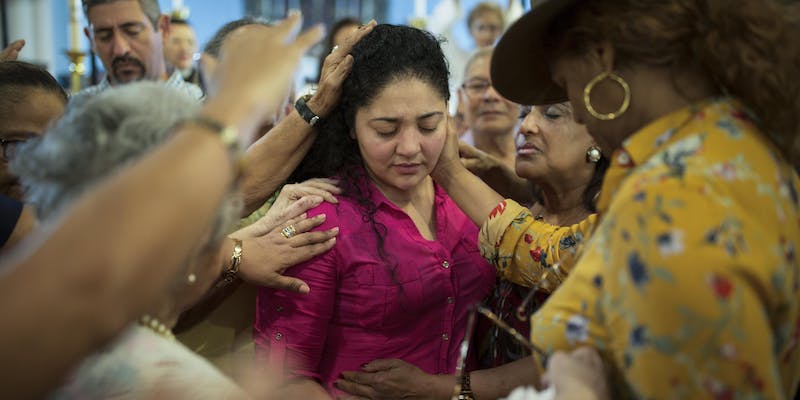 TUES OCT 16
6:30PM–8PM • $10
HISTORY: The Not-So-Sweet History of Sugar
Join social historian, York College professor, and author of Sugar: The World Corrupted, From Slavery to Obesity, James Walvin, as he uncovers the fraught history of one of our most prevalent ingredients. From its role in catalyzing colonialism and slave trading, to its current contributions to health crises, Walvin delivers this history without any sugar coating.
Brooklyn Historical Society
128 Pierrepont St, Bklyn

TUES OCT 16
7PM • $35–50
ART: Bronx Documentary Center’s Photo Auction Benefit
An opportunity to bid on works by renowned photographers and be a part of an event that will bring together hundreds of documentarians. Tickets include an open bar and food from Allswell. DJ Jose Valerio lays down a set of house, disco, jazz, soul and more. Bidding is open now. Funds raised will directly support benefit the BDC’s education programs.
Brooklyn Brewery
79 N. 11th St., Bklyn

WED OCT 17
7PM–9PM • $6–$15
HISTORY: Music, Resistance, Repression
Using music, video selections, news clippings and records from extensive Freedom of Information Act filings — including never before released material — historians Mat Callahan and Aaron Leonard tell the story of how some of the most prominent folk singers of the twentieth century were subject to government surveillance and suppression.
The People’s Forum
320 West 37th St., Mnhn

Photo (top): This movie will scare the shit out of you. Good thing you can watch it with some comradely feminists, surrounded by pizza and beer. Wouldst thou like to live deliciously? Catch The VVitch on Friday at the Cherry Tree in Brooklyn. Credit: A24.