The Indypendent
Menu
A Free Paper for Free People
Illustration by Naomi Ushiyama.

Radical politics, drugs and rock ’n’ roll — and winding up in prison — are the common threads between the memoirs Double Life in Double Time, by MDC drummer Al Schvitz, and The Hard Stuff by MC5 guitarist Wayne Kramer.

Their bands were arguably the two American rock bands most explicitly associated with radical politics. The MC5 were the only band to play the protests at the Democratic Convention in Chicago in 1968, while MDC played the “Rock Against Reagan” protests at the Republicans’ 1984 convention in Dallas.

If all this is ancient history to you, the “No Trump! No KKK! No Fascist USA!” chant is derived from a 1981 MDC song.

Both memoirs share the same trajectory: rock ’n’ roll meets radicalism, drugs and incarceration, followed by partial resurrection. There’s only six years difference in their ages, but a vast gulf between the eras they played in, between the infinite-possibilities-meet-nasty-backlash days of the late ’60s and the cold, constricted age of Reagan. 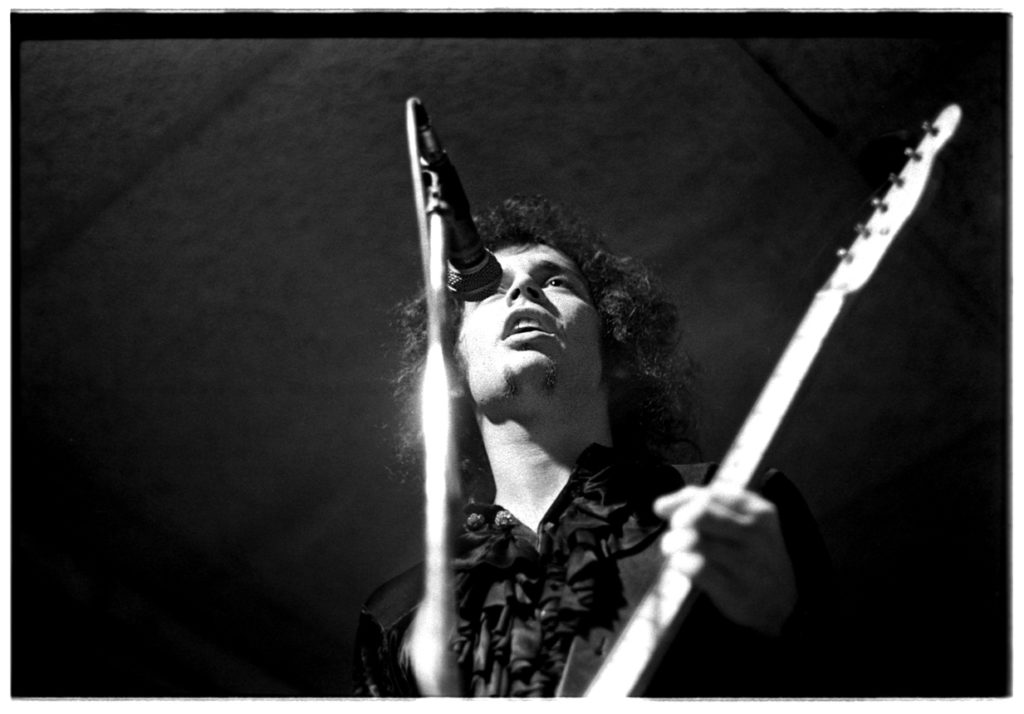 Kramer, who grew up in a working-class family in and around Detroit, came up in the Motor City’s rich mid-’60s garage-band scene; an early version of the MC5 opened for British Invasion stars the Dave Clark Five when he was 17. The MC5 soon blew up their Chuck Berry/James Brown roots with an infusion of LSD, free-jazz chaos, and radical politics — the latter catalyzed by the free outdoor show they did on Kramer’s 19th birthday in the spring of 1967, when mounted police he describes as “overjoyed” and “sadistic” assaulted “a bunch of regular folks, stoned-out weirdos and Budweiser-buzzed factory rats.”

Trying to navigate being both radicals and rock ’n’ rollers, the MC5 crashed into both music-biz expectations and ultra-left dogma. Their first album, Kick Out the Jams, cut live at two late-’68 shows, is among the most explosive pieces of rock ’n’ roll ever recorded and briefly reached the Top 30, but got slagged for being sloppy; Kramer says he was appalled because his guitar went out of tune on the first song. They overcompensated on their cleaner-sounding second album after mentor/manager John Sinclair was sentenced to nine years in prison for pot. They got it right on their third, High Time, with a funkier sound that wouldn’t have embarrassed itself next to Jimi Hendrix or Miles Davis, but it sank without a trace, and the band was crumbling into heroin and alcoholism.

Kramer then descended into Detroit’s underworld of burglars and dope fiends, trying to support a heroin habit and a new band, and got four years in prison for selling cocaine. (That descent echoes the city’s, which after the 1967 rebellion, he says, went from “a working-class boomtown of union jobs and solid brick houses” to “an empty shell … ruled by crime and despair.”)

Schvitz, born Alan Schultz, grew up in an affluent suburb on Long Island and didn’t start playing professionally until his mid-twenties. MDC — originally an acronym for Millions of Dead Cops — played what would be dubbed “hardcore” punk, a relentless, high-speed blast of rage, the drums hammering like a carpenter on methamphetamine. (Kramer’s more music-theory take on ’90s punk was fast tempos with “an almost 12-tone avoidance” of anything conventionally melodic.) MDC’s version was about 90 percent hardline politics and 10 percent gender-bending, interspersing a chant of “dead cops” with “why is America so straight and me so bent?” 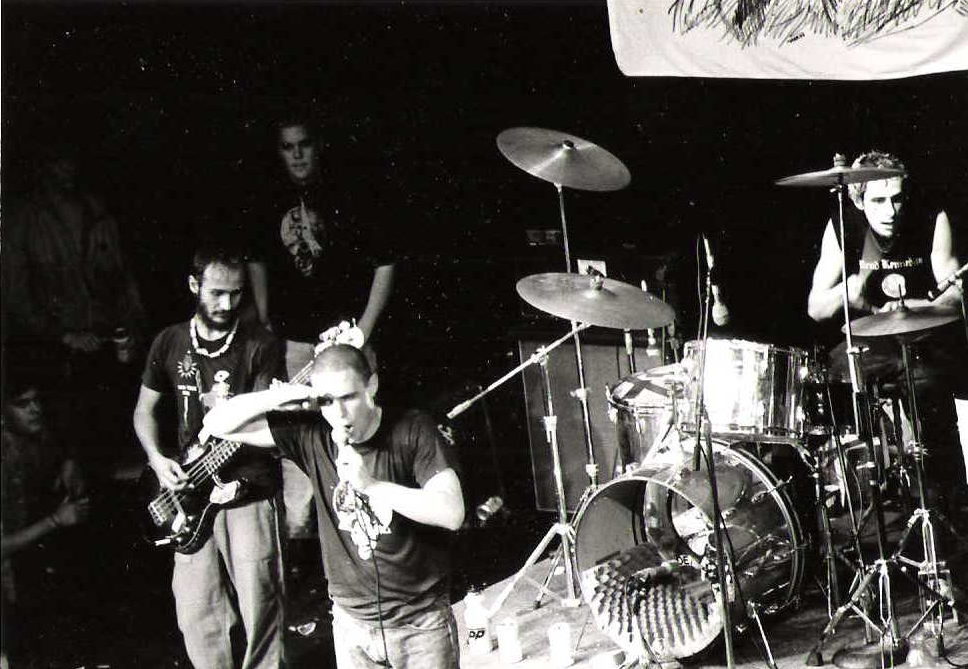 MDC at the On Broadway in San Fransisco, circa 1980. Credit: Jennifer Patterson Lohman.

They inhabited a much narrower subculture, with minimal hope for or desire to reach the mainstream. MDC’s biggest audiences came on the European squat circuit, and in 1984 they put out a compilation called P.E.A.C.E., featuring 55 bands from a dozen countries, including the Dead Kennedys and British anarchists Crass. Schultz’s taste for meth grew into professional dealing, and he wound up in prison for it in 1995.

Both books are written in an unassuming first-person style. Schultz’s is the more immediate, as he wrote most of it in San Quentin, repeatedly admitting he’s a neophyte author. The autobiographical bits and tour stories bounce around semi-chronologically, in between descriptions of prison life—the string-and-hook system used to trade books between cells, ramen-based potluck meals, and keeping enough respectful distance to avoid setting off the landmines of racial tension. One of its funniest bits is his resolving the stereotypical situation of dropping the soap in the shower: After the “rough, nasty state soap,” he didn’t want to abandon his brand-new bar of Irish Spring — so he picked it up with a macho growl, much to the other prisoners’ amusement. (He then confesses losing his anal virginity to a tube of tweak he was smuggling into Germany.)

Kramer’s has the benefit of 20 more years of insight, the hard-won realization that recovery doesn’t just mean sobriety, but learning how to live like a mature man. The one benefit of his prison term, he says, was meeting bebop trumpeter Red Rodney, who became a musical mentor and a father figure, something he didn’t get from his alcoholic father or his racist, abusive stepfather.

Like most people locked up in the war on drugs, he concludes, “I didn’t need prison; I needed help.”

Both are still playing. Schultz is touring with lead singer Dave Dictor in a revived MDC. “The current government has given us renewed energy for being the angry young men we were; we are just not young any more,” he writes in the book’s epilogue. Kramer revived his career in the ‘90s, making several albums of rock ’n’ roll for adults. He later toured with revues doing MC5 songs, and in 2014, cut a jazz album called Lexington. He and his wife also founded the U.S. incarnation of Jail Guitar Doors, a music-class program for prisoners.

I don’t know how much these books will mean to people who, unlike me, don’t have a wall of CDs and vinyl with the MC5 and MDC next to each other. But if you want to read about musicians wrestling with their personal demons while eternally chasing the inspirations of high-energy music and fracturing injustice, both Double Life in Double Time and The Hard Stuff are well worth checking out.