The Indypendent
Menu
A Free Paper for Free People
Donna Gottschalk, Self-Portrait in Maine, 1976. Collection of the Leslie Lohman Museum.

Near the entrance to “Brave, Beautiful Outlaws” is a picture of Donna Gottschalk at the 1970 Christopher Street Gay Liberation Day parade. Snapped by Diana Davies and looking like a young Bob Dylan in the “Subterranean Homesick Blues” video, she holds a sign that says, “I AM YOUR WORST FEAR/I AM YOUR BEST FANTASY.” This one picture has a hell of a lot to say about how queer women were viewed — discriminated against and looked down upon, but also an object of lust. “Love me or hate me/I’m still an obsession,” as lesbian rapper Lady Sovereign once sang.

Unlike the mainstream, which could only see queer women through a funhouse mirror, Gottschalk offers an alternative view, steeped in familiarity.

Raised in the Lower East Side, Gottschalk is an activist who aligned herself with the Gay Liberation Front and trained at Cooper Union until she became demoralized by its heterosexist culture. “Brave, Beautiful Outlaws” is her first public exhibition, and, whether that’s by choice or bad career luck, it’s been a loss for the art world either way. The historical perspective coupled with a raw style that pulsates with sex and love and horror, and above all, humanity, makes this a must-see.

One of Gottschalk’s subjects was Joan E. Biren, a fellow photographer. Gottschalk took a picture of Joan lying in bed topless and half-covered by a sheet, one hand under the cover. The photo instantly turns the sophisticated gallery visitor into a peeping Tom — should we really be watching someone who might be masturbating? But Gottschalk wants us to enjoy it, and the fact that we know the photographer is her lover makes it kind of okay. This is more than just a hot picture, though. Gottschalk reframed queer sexuality as an authentic language that connects women in love. The image reflects a rare “lesbian gaze” that replaces the common male one of the day. In Biren’s nearby photo of Gottschalk, lesbian nudity is reframed as merely practical as we see Gottschalk getting into a tub, which, because this is the pre-gentrified Manhattan of the 1970s, is in a kitchen. That shot, like Gottschalk’s image of a lesbian living out of a packing crate — yes, a packing crate — suggests an uncomfortable relationship between poverty and queerness. 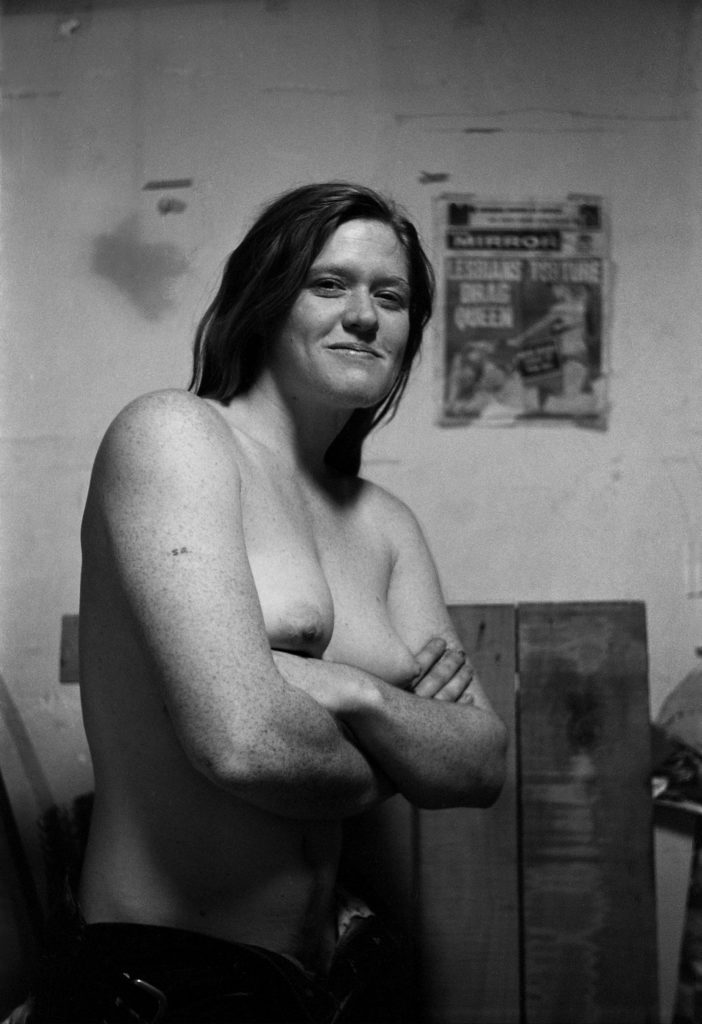 For so long queers were not seen as capable of having families. Gottschalk mowed that idea down too, by photographing a queer couple and their child, as well as writer Sue Katz with the daughter of her girlfriend. She also highlighted the pain of family with pictures of Marlene Elling, who suffered sexual abuse from one or more relatives, left foster care and was in juvenile detention, where, at 14, she was punished for loving another girl. In one photo, the very butch Marlene is naked from the waist up, smiling. The nakedness feels like another reframing of queer sexuality — women who look as masculine as she did were not supposed to be topless.

One activity queer women were engaging in, for sure, was attending conferences. In two such pictures, Gottschalk shot women sleeping at the Revolutionary Women’s Conference in Limerick, Pennsylvania, perhaps indicating that they played — wink, wink — as hard as they worked. We learn politically marginalized groups did not always act with each other’s best interests in mind. “The Revolutionary Women’s Conference was organized immediately after lesbian feminist participants in the Black Panthers’ Revolutionary People’s Constitutional Convention in Philadelphia marched out in protest when their demands were being ignored,” says one plaque. And then there’s Betty Friedan, seeing lesbians as a danger to feminism.

Gottschalk attempted to be inclusive, including Black and trans subjects. There is a special section devoted to her trans sibling Myla. The picture taken of Myla wearing her sister’s dress, allowing herself to embrace her true gender identity, is a highlight. Myla’s eyes are closed, a sense of relaxation — or sadness — flooding her face. Years later, Myla will have to hide her trans identity to keep a job as a night maintenance worker, and Gottschalk will be there to take the photo. Myla seems resigned to her fate in that picture and you just might want to lift her out of it and into 2018, not that it’s that much better on this side of the calendar. Like Marlene, Myla died before her time and both deaths feel like they might have something to do with being queer. 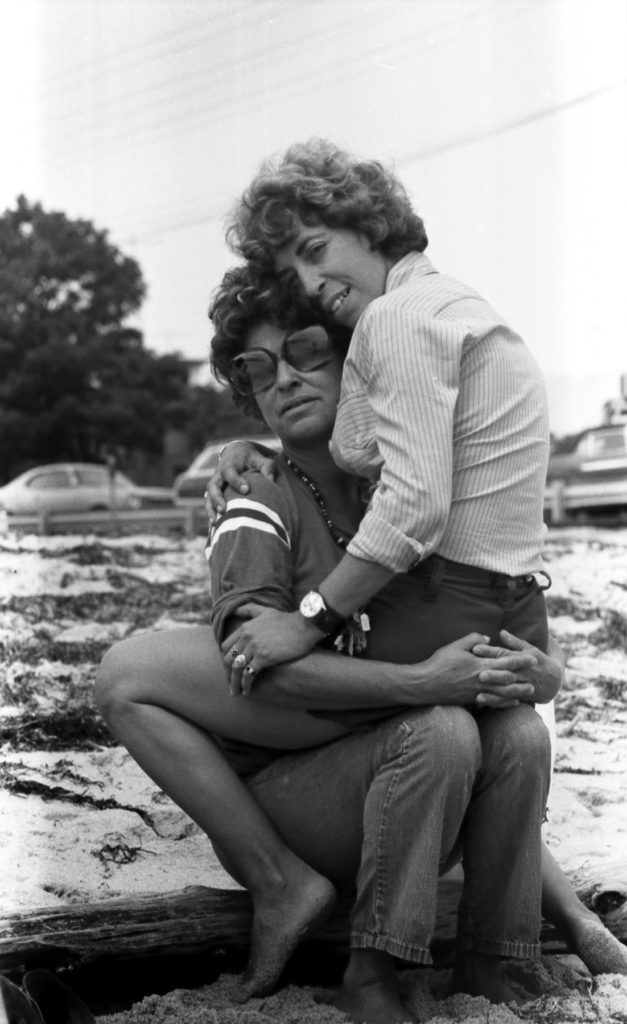 Following Gottschalk’s time in New York, she went to join lesbian-separatist communities in California, a furthering of her activism, but the exhibit does not show that. Once, lesbian separatism was all the rage but that has been replaced by a respect for intersectionality. Radical lesbianism thrives, but it has been sadly hijacked to apply to lesbians who are trans-exclusionary. On a positive front, queer women are still laser-focused on getting their rights, just like in Gottschalk’s day, and now they have the Internet to make it all the easier. Queer female photographers are certainly more well-known. Zanele Muholi. Annie Leibovitz. Catherine Opie. But what of Gottschalk’s peers? Where are their exhibitions? Where are the queer women of color who were taking pictures in that era? I find it hard to believe they didn’t exist. I, for one, would love to see more exhibitions of women like Gottschalk, women who are or were as brave and as beautiful.