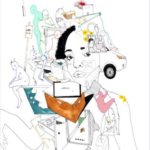 Noname followed up on the promise of her breakthrough mixtape Telefone with a release that even more solidifies her place as one of the most promising rappers on the scene. Noname’s style feels intimate, as if all of Room 25 plays out with just you, her, and her handful of collaborators in close proximity. I’ll tell you, it’s tough to listen to on the streets of New York, just because you’re afraid you’ll miss something. It’s best to just sit down with it and give it your full attention. Noname feels like Chance the Rapper’s most sincere moments played out in perpetuity over jazzy breakdowns and soulful choruses. “Montego Bae” is modern day bossa nova, as if Kendrick Lamar and Astrud Gilberto birthed a sound. Room 25 is different from everything else out there, and so is Noname. Both are worth your undivided attention. 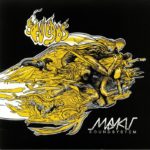 This band takes its name from the Makú, an indigenous group of people from Colombia. The word translates to “low caste” but their mixture of traditional Colombian music, cumbia, reggae and Afrobeat will get you up from your seat and grooving like no other record this year. 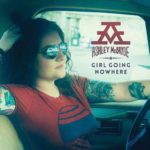 Everyone loves a story about a small town talent getting a big break, despite the odds, and that’s just the narrative Ashley McBryde’s impressive debut LP Girl Going Nowhere presents. The album kicks off with the titular track in which McBryde recounts the naysayers: “You’re not the first, you won’t be the last. And you can tell us all about it when you come crawling back.” She always felt strongly enough about it to keep pursuing music, though, and thank goodness. McBryde hails from Arkansas and has a talent for small town storytelling, whether it be scandalous love affairs, drinking away life’s troubles or keeping a piece of family history with you. The standout track “Livin’ Next To Leroy” tells of a neighbor and friend’s overdose, an all too relatable story in working-class communities these days. All this is wrapped up in rollicking rock and country sounds. Girl Going Nowhere presents everything that the best narrative music can offer. “Not bad for a girl going nowhere.” 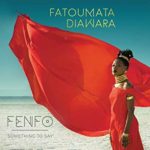 Fatoumata Diawara // Fenfo (Something to Say)

Fatoumata Diawara deep, raspy voice is ever so soothing here on her second studio album, her first since 2011. Sung in her mother tongue of Bambara, this record is a journey to Fatoumata’s native Mali and into her richly textured innerworld. She takes listeners to beautiful landscapes laced with pain and despair. 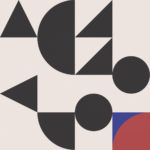 For those seeking a radical paradigm shift, Teleman’s Family of Aliens is a reminder that we live in the 21st Century where algorithms often make fateful decisions and we may not be alone in the universe.  While clearly taking cues from electronica pioneers Kraftwerk, Teleman’s tune “Submarine Life” maintains an organic quality through the use of digital and analog instruments. Vocoder laced lyrics rest upon real bass, drums, synthesizer and acoustic guitar. The composition dissolves into moments of angular madness landing back on solid beats. It’s the perfect antidote to tired classic rock radio formats.

With Family of Aliens we don’t always have to fear the future. Sometimes sentient beings wield synthesizers and guitars instead of rayguns. 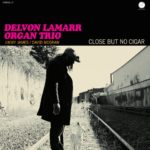 The Delvon Lamarr Organ Trio brings the funk the way Booker T. Jones might have had Jimi Hendrix been sitting in. In fact, guitarist Jimmy James takes his (stage) name from Seattle’s other psychedelic son. James divebombs, trills and wails with luscious licks that would’ve made Hendrix proud. All this action happens over soulful Hammond organ grooves and a solid R&B backbeat. Rooted in jazz, blues, and rock & roll, Close But No Cigar is at once classic and contemporary. It features ten tracks of instrumental covers and originals. Though they wear their influences on their sleeves, the Delvon Lamarr Organ Trio is happening today and on tour worldwide. 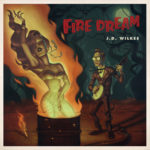 With producers Jimbo Mathus and Dr. Sick of the Squirrel Nut Zippers at the helm, Fire Dream has a live, raw vibe. Coming through a compressed ribbon mic, Wilkes’s overdriven vocals give the sensation of being right in the room with an insane Klezmer orchestra led by Tom Waits’s hillbilly stepchild. J.D.Wilkes is also a layman scholar of southern lore, an author and an illustrator. His deep knowledge of Americana and world music permeates this release. Fire Dream flickers between light and shadow and is full of surprises. Its eclecticism defies easy description and keeps the listener guessing. 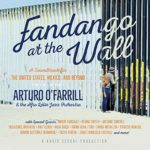 Arturo O’Farrill & The Afro-Latin Jazz Orchestra // Fandango at the Wall: A Soundtrack for Mexico, the United States and Beyond

There has been some amazing music over the years on the theme immigration, but this album ranks among the best. In June, transnational musicians like French-Chilean rapper Ana Tijoux and Son Jarocho singer Zenin Zeferino gathered with Arturo O’Farrill and his Afro-Latin Jazz Orchestra for a concert at the Tijuana-San Diego border. The product is Fandango at the Wall. It’s almost like a fiesta of some sort. “Amor sin Fronteras” (Love without Borders), for instance, is especially timely considering recent images of mothers and children teared-gassed by U.S. border patrol not far from where this record was made. The album carries the stories and struggles many immigrants share in this country. 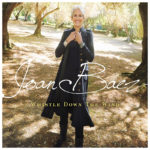 Joan Baez // Whistle Down the Wind

Joan Baez made a triumph (and perhaps final) return to the public eye with this album, adding to her long list of politically charged yet subtle music. Biaz he does not hold back, no names needed to be mention but if you have been paying attention you will know what she is talking about. This is a great album for every day for inspiration. It’s tough out there, but Baez reminds us that we are not alone in our anger and our hope for a better future. 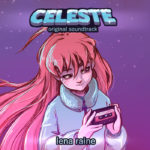 Music has been so pivotal to the success and artistry of video games since the beginning. It’s a wonder that the music is so rarely critically considered. Let Lena Raine change that. In its own right, the Celeste soundtrack is some of the most gripping, beautiful and evocative electronic music to be released in the past few years. In the context of the game, it is apparent just how remarkable and deliberate the music truly is. By employing delicate piano, pulsing synths and sweeping drones, Lena Raine creates soundscapes that run from triumphant to foreboding to mournful. Every single composition is majestic and each sets the stage so well for the game’s emotional storyline that you barely need the game to follow. Lena Raine has created something truly sensational. 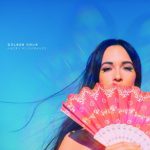 Kacey Musgraves was already a star in the country world, but she broke through to the rest of the world with Golden Hour. Her career thus far has been playful bucks to the country music system, and Golden Hour pushes boldly farther than she’s ever gone. It’s a genre-blending/bending pop wonder. Musgraves is a master of writing sugary sweet songs that are just a little sad, and there’s a fair share here where she’s wholly in her element. “Space Cowboy” is the best song is her impressive catalog, turning a clever turn of phrase into a heartbreaking piece of poetic genius. “Velvet Elvis” is cheeky, fun stomper. “High Horse” is disco renaissance at its best. Anyone who turns their nose at the first sight of the words “country music” would have a hard time resisting. Golden Hour is Kacey Musgrave’s introduction to the enormous audience she’s deserved to have for years. 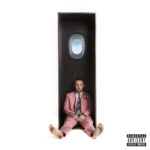 Mac Miller has sort of become a paragon for personal growth, which makes his untimely passing all the more tragic. Critically panned in his early days, Mac took most of negativity and turned it into drive. He quietly became one of the sharpest and most respected hip-hop producers and rappers among his peers, especially in the community he helped foster out of his home studio in Los Angeles. Swimming shows just how much Mac has matured in the past decade. He tackles mental health, heartbreak and, most importantly, a strong desire to be better. Swimming showcases an artist better than he’s ever been, with promise to only get better. We won’t have the chance to find out what might have come next, but this album has already cemented his legacy. 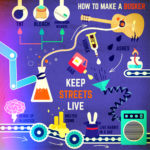 Keeps Streets Live is a compilation featuring some of Britain’s best buskers produced by prodigious troubadour Weybourne Chester Bingley. The top track is undoubtedly “Millionaires” by anarcho-folk-punks Phat Bollard whose raucous skiffle sound lambastes the hypocrisy of current consumer culture. The rest of the record lifts spirits through a variety of styles from jangly pop to peppy scat to country rock. Keeps Streets Live gives the word from the street and reminds the listener that while we’re all involved in the global struggle for equity, we can still make merry music. 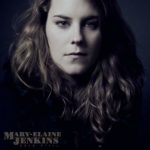 Brooklyn based singer-songwriter Mary-Elaine Jenkins originally hails from South Carolina. Her smoky southern drawl belies her youth. Timeless tales of love and passion make up her great first release Hold Still. Backed by some of Brooklyn’s best musicians, Jenkins is an accomplished country-blues picker. With tasteful guitar, deep upright bass, and rousing handclaps, “The Americans” is an infectious gospel number that downshifts tempo halfway through. It’s easy to imagine as part of the soundtrack to a southern gothic series like HBO’s True Blood.

Jenkins’s live sound is true to her recordings. She holds a monthly residency at Pete’s Candy Store in Williamsburg, Brooklyn and features other local talents like powerhouse blues rocker Lizzy Edwards. These shows are well worth seeking out. 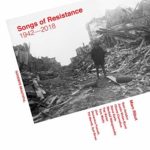 Ribot has lent his mastery at the strings to everyone from Ikue Mori to Elton John, Allen Toussaint to Allen Ginsberg. With Songs of Resistance, he gathers an impressive group of friends and collaborators to present a captivating collection of original and traditional protest songs that showcase the longevity of message and, conversely, the seemingly glacial nature of progress.

Perhaps the most poignant moment on the album is “Srinivas,” a lyrical document of Srinivas Kuchibhotla, a Sikh immigrant murdered in February 2017 by a racist who mistook him for a Muslim. It’s a horrifying story that sadly illustrates the reality of many Americans’ lives, the environment we have fostered for centuries and that has been stoked by the current administration.  “My country, ’tis of thee” guest contributor Steve Earle sings repeatedly, though he never reaches, as if unable to, the commonly known following line. He sings of a nation in turbulence, one with unfulfilled potential, one where only certain populations are free to live without worry. Hopefully, one day soon, we’ll be able to rightfully call it Sweet Land of Liberty.