The Indypendent has carved out a unique niche in the New York media landscape as a crusading, progressive newspaper that tells it like it is and backs it up with careful reporting and incisive analysis. Throughout its 18-year history, the paper’s participatory ethos has also created a unique space where scores of aspiring young journalists have honed their skills and found a platform to spread their wings before moving on to other outlets and opportunities

Here are the stories of four of our past and present volunteers. When you give to the Indy during our winter fund drive, you not only help us continue to publish in the new year but you are investing in the next generation of progressive journalists whose impact over time will extend far beyond this publication.

BECOME A MONTHLY SUSTAINER OR MAKE A ONE-TIME DONATION TODAY! 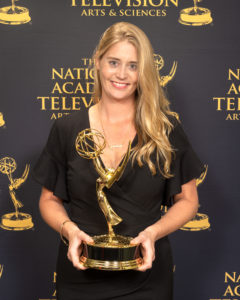 From East Harlem To The Emmys
Jennifer Janisch
2008

Ten years ago, when I was a graduate student reporter at Columbia University, The Indypendent was willing to publish my stories about landlord-tenant battles in East Harlem. I remember how proud I was to see my byline in print for the first time. Those clips gave me valuable examples of my work to send to future employers. Since then, I have become an Emmy award-winning network news investigative producer and filmmaker. I am grateful for the opportunity The Indypendent gave to me when I was a young reporter. 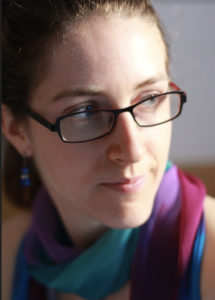 Lydia McMullen-Laird. Courtesy of the author.

About a year ago I started reporting for The Indypendent. I had just moved back to the United States from China and was working as an intern for Democracy Now! The opportunity to do reporting for The Indy gave me the chance to cover many important issues in New York — immigration, climate change, local politics. The Indy’s editors helped me find interesting stories and guided me through the reporting and writing process.

One of my first articles for the newspaper was about Jean Montrevil, a Haitian father of four who was deported after living in the United States for more than three decades. I first learned of his situation when his former wife, Jani Cauthen, spoke at a local immigrant rights rally. I later interviewed Jani and the two youngest children she had with Jean at their home. I also spoke with Jean from his new home in Port-au-Prince, Haiti. The Indy’s Editor-in-Chief John Tarleton helped me every step of the way and pushed me to create a piece that ended up being my first cover article in any publication.

The highlight of my time at The Indy to date was covering Alexandria Ocasio-Cortez’s congressional campaign. John put me on this story long before many other publications had heard of her campaign. He and I spent hours on the phone discussing her campaign strategy and her story. I learned a lot about local political reporting through covering AOC and it ended up being the biggest story I’ve covered in my career so far.

In September, I started co-hosting The Indy’s weekly radio news program on WBAI. This allowed me to hone my skills in radio reporting and on-air interviews.

The Indy has helped me gain experience in local reporting and develop my career as a young journalist. I’ve learned so much over the past year from John and the whole Indy team. Please give today so the Indy can support more young journalists like me. 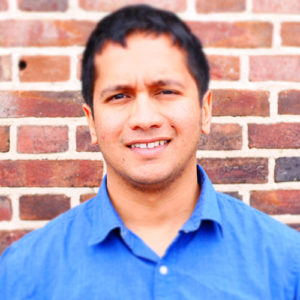 I worked as a production assistant at Democracy Now! after I graduated college in 2007. Being in that environment gave me ideas for all kinds of stories I wanted to tell but didn’t know how. Some people at DN! asked me if I had heard of The Indypendent and told me it was a place where I could volunteer, be involved in the news process and do on-the-ground reporting.

Attending The Indy’s editorial meetings was valuable for me as a young journalist. Listening to experienced people discuss and debate the issues of the day — such as whether Obama was actually going to be a heroic force for change — helped me think about how to gauge a breaking story, what the progressive response can be and how to put events in historical context.

Every young journalist wants to find an under-reported story they can jump on and make a contribution toward. For me, it was Mayor Michael Bloomberg’s attack on New York City’s public schools. The Indy had been doing critical coverage of this issue for years, as had Democracy Now! and Juan González of the New York Daily News. But that was about it, and on many of the big issues — the spread of privately-managed charter schools, the expansion of standardized testing, the de facto segregation of the city’s schools and demands for greater community control — there were still many stories to be told.

At that time, I had a position with the New-York Historical Society teaching a history class at various schools. One day, I would teach at a school on the Upper West Side, in one of the wealthiest zip codes in the country. The next, I would be a half-mile away at a public school in Harlem, where the kids lived in crumbling New York City Housing Authority buildings and there were charter schools moving into their school and taking over the gym and the art rooms. I could see firsthand the impact of Bloomberg’s policies. Conversations I had with teachers further deepened my understanding of what was happening.

My coverage for The Indy of the impact of Bloomberg’s school closings led to my first video reports for The Real News Network, where I got my foot in the door. The connections I made covering public education in New York made it easier for me to hit the ground running when I covered protests in Chicago against school closings orchestrated by Mayor Rahm Emanuel and the 2012 Chicago teachers strike.

I moved to Baltimore a few years ago to work full time for Real News. We have a daily national newscast and post four to five stories a day that are disseminated via social media and YouTube. I’ve reported from Ferguson and Greece, as well as on the 2015 uprising against police violence here in Baltimore. As a senior producer, I review everything that goes up on the website and write the headlines, a skill I spent many hours honing at The Indy. My prior experience at The Indy also enriches the contributions I make at our staff’s editorial meetings, where we discuss what stories to go forward with and the angles we want to develop. Once you have learned the basics of good journalism, those skills can be used over and over again in many different situations. 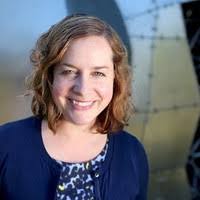 The first time I saw The Indypendent was at an activist meeting at Hunter College. I was going to school and working as a waitress and a temp and thinking about how I could break into journalism.

I was enrolled in a media studies program at CUNY-Hunter College. I decided I would write for The Indy as much as I could and learn how it’s done. I had zero experience, yet the editors made me feel like I was a reporter and I wanted to rise to the high standards set for me. When I later wrote for other publications, I realized they are not always there to walk you through a story, brainstorm potential sources or do four edits of an article.

A story I did in the spring of 2004 about a Junior ROTC recruiting program in Bedford-Stuyvesant really marked the beginning of my identity as a journalist. I was walking to the subway one day when I saw a bunch of little kids walking through the streets in fatigues with air rifles. I asked around and got directions to the church where they were located. I spoke with the kids and the founder of the program. It was a light-bulb moment in which I learned that journalism was an opportunity to live curiously all the time.

I had done some coverage of protests and other events, but this was the first time I was on my own. The complexity of the story was also a maturing moment for me as a journalist and activist. It was abhorrent to recruit kids, especially from a poor, predominantly people-of-color neighborhood like Bed-Stuy, who might someday fight in the Iraq War. But some adults saw it as a valuable after-school program that instilled self-discipline and respect for authority in the children. It made me begin to understand and explore nuance in issues.

At the time, I was shy and socially awkward. Journalism provided me a way of forgetting my self-consciousness. That article also taught me that people are eager to share their thoughts and stories. Here I was, a young white girl from the West Coast, wandering into a church in Bed-Stuy and asking about the youth program, and people were glad to talk to me.

When the story came out, I received lots of emails and comments about it, which was a first for me. I won some awards for the story and started thinking, “I can do this.” It felt like something I wanted to do for the rest of my life.

Sarah Stuteville is the co-founder of the Seattle Globalist, a daily online publication that covers the connections between local and global issues in Seattle and offers youth training programs for the next generation of media makers. She teaches journalism at the University of Washington, where she won the 2015 Educator of the Year award from the Society of Professional Journalists Northwest.