She and Rep. Pramila Jayapal (D-Wash.) were leading a rally to announce the introduction of H.R. 1384, The Medicare for All Act of 2019. The odds are virtually nil that the bill would pass the Republican-majority Senate or not get vetoed by Donald Trump — but if it were enacted, it would create a system far more comprehensive than Medicare.

“Every individual who is a resident of the United States is entitled to benefits for healthcare services under this Act,” the bill states.

The legislation would expand Medicare to all Americans within two years. And unlike Medicare, which covers only about 80 percent of medical expenses, it would have no copayments, insurance premiums, or deductibles for either medical care or prescription drugs. It would cover dental, vision and mental healthcare. And it would also include long term care for the elderly and disabled, with a preference for in-home care rather than putting people in nursing homes, Jayapal said.

“We are the only major country that does not guarantee healthcare,” she told the crowd. “We don’t want you to spend hours on the phone with insurance companies, go to a doctor or a hospital and be told it’s out of network, and then get hit with a $20,000 bill.”

The bill would eliminate most private insurance, forbidding companies from offering coverage that duplicated Medicare. The system would also negotiate with pharmaceutical companies to bring prices down, which Medicare is currently forbidden to do.

Among the world’s universal healthcare systems, the Medicare model is closest to those in Canada, Taiwan and South Korea. The government — the “single payer” — pays the bulk of the bills to private providers. The United Kingdom, Sweden and Denmark have a more socialist system, in which most hospitals are government-owned and most doctors employees on salary. Germany, France and Israel provide care through a network of private but tightly regulated nonprofit insurance companies. Germany’s dates back to Chancellor Otto von Bismarck’s regime in the 1880s. They are paid for by a mix of public funds and contributions from employers and workers that varies from country to country. People can also buy private insurance to cover additional services.

For the United States, a Medicare-style system is “the most elegant way” to achieve universal care, says Mark Dudzic of the Labor Campaign for Single Payer, a coalition of 14 labor unions. It’s “easy to implement and probably has the greatest efficiency,” as it builds on the existing Medicare system and allows people to choose their own doctors. 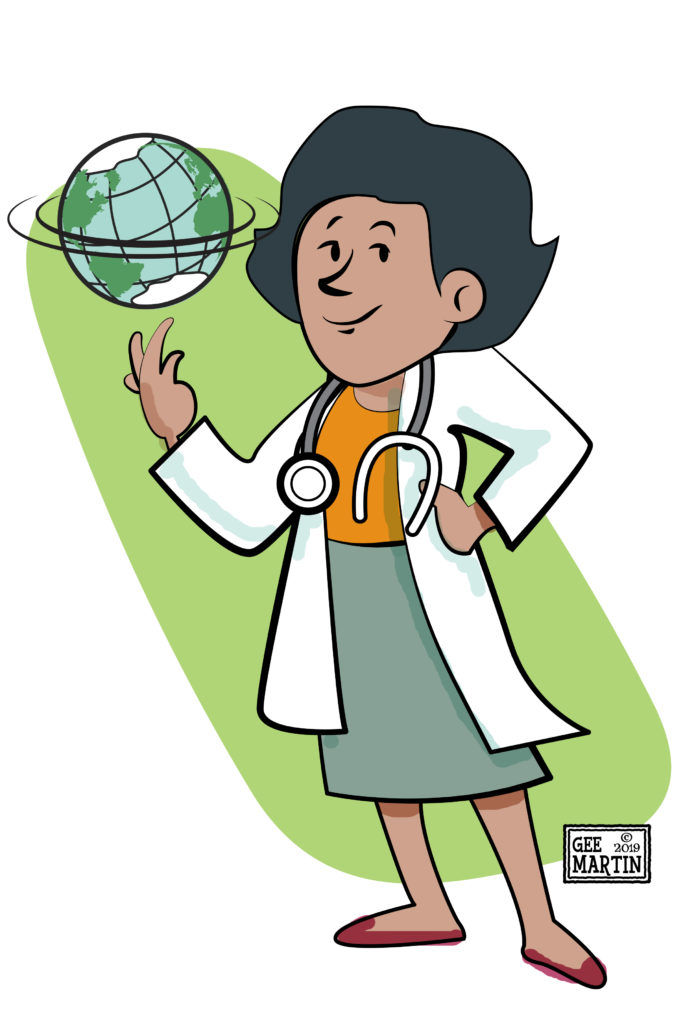 Like Britain’s National Health Service and France’s national health system, the current U.S. system emerged after World War II. But the idea of a universal national healthcare system — proposed in Congress in 1943 by Rep. John Dingell Sr. (D-Mich.), along with Senators Robert Wagner (D-N.Y.) and James Murray (D-Mont.), and endorsed by President Harry Truman in 1949 — was blocked by opposition to “socialized medicine.”

Instead, a system of employer-provided insurance developed. That left out the elderly, the unemployed and the working poor. Those gaps were partially filled by Medicare and Medicaid, enacted in 1965-66 — although President Lyndon Johnson’s original intent that Medicaid cover the lower working class got wiped out by the Vietnam War — and the 1997 Children’s Health Insurance Program, which covered some low-income children.

Rep. John Dingell Jr., John Dingell Sr.’s son and Debbie Dingell’s late husband, regularly introduced single-payer bills during his 59 years in the House. More recently, Rep. John Conyers (D-Mich.) began sponsoring H.R. 676, which would have set up a single-payer system, in 2003, and Sen. Bernie Sanders made it a core issue of his 2016 presidential campaign. The 120-page Jayapal-Dingell bill fleshes out the concept.

Meanwhile, the Affordable Care Act, signed into law by President Barack Obama in 2010, expanded Medicaid to cover the working poor, and made buying health insurance semi-compulsory, with subsidies for those who couldn’t afford the full cost. But its partial success made clear where it fell short. The United States still spends close to twice as much of its gross domestic product on healthcare as countries such as France. Private insurance’s administration and profits consume 18 to 20 percent of its spending, compared with 2 to 3 percent for Medicare, says Dr. Oliver Fein, chair of the New York Metro chapter of Physicians for a National Health Program.

There are still about 28 million people with no health insurance and more than 40 million “underinsured,” people whose plans have such high deductibles and copayments that they can’t get care. Almost two-thirds of personal bankruptcies in the United States are because of medical bills, and three-fourths of those people had insurance, says Fein.

Ironically, Obamacare attacked the most comprehensive insurance plans by levying a 40 percent tax on coverage deemed too costly, although that surcharge has been delayed from 2018 to 2022.

The for-profit system is the root of the problem, Fein adds. In order to sell their plans to employers at the lowest cost, he explains, insurance companies have to erect barriers to using care: copayments, deductibles, “narrow networks” that include a limited number of health providers, and requiring prior approval for all but the most basic care.

Andy Brodock of Michigan told the Capitol rally that after his late wife was diagnosed with Stage IV cancer at the age of 28, she lost her insurance after she got too sick to work. When he was able to get her covered, she missed chemotherapy because she was arguing with the insurance company about whether it would pay for it.

Taking away the link between employment and healthcare would be “a huge liberation for both employers and workers,” says Dudzic. Insurance is a major expense for employers that provide it. Richard Master, CEO of MCS Industries, a Pennsylvania-based picture-frame manufacturer, told the Capitol rally the company’s premiums average $13,500 a year per employee.

Dudzic rejects the argument that eliminating private insurance would hurt people who like their current plans. “My experience is that people hate their insurance companies,” he says. “The only thing they hate more is the fear of going without insurance.”

“Health care has been an issue in every collective-bargaining contract I have seen in the last two decades,” American Federation of Teachers President Randi Weingarten said at the Capitol rally.

The Medicare for All Act has more than 100 cosponsors, all Democrats. It faces opposition from Republicans, who are ideologically opposed to the government providing for the general welfare, and insurance and pharmaceutical companies, who would lose billions of dollars.

It will also likely face indifference from centrist Democrats who contend it’s a politically unachievable ideal. They offer options such as giving people between 50 and 64 the option of buying into Medicare — but that would not cost that much less per month than private insurance, nor help younger people.

“A majority of Americans are fed up with incremental tweaks to the current broken system,” National Nurses United head Bonnie Castillo said in a statement Feb. 26. Rep. Jayapal told the Capitol rally that given the scale of our health crisis, bold changes are needed to “tackle the deep sickness in our for-profit system.”

The free market simply doesn’t work in healthcare, where not purchasing a product that costs too much can be life-threatening, Fein argues. “Using price transparency as a way to control costs is not a feasible idea. Not in medicine,” he says. “Therapeutic decisions shouldn’t be made on the basis of cost.”

Doctors, not patients, are usually the ones who make those decisions, especially in emergency situations, he adds.

Physicians for a National Health Program would also like to see the government buy out for-profit providers such as hospitals and nursing homes. “The evidence is that they really do provide inferior care,” he says.

The odds of getting Medicare for All passed may be nil in the current Congress, says Fein, but that could change after the 2020 election. In 1962-63, he notes, “no one thought Medicare would be passed.”

“We’re going to see enormous resistance,” he adds, “so there’s going to have to be a really strong popular movement.”