Under the exploding Twin Towers, you see her face. In early March Republicans displayed a poster in the West Virginia statehouse that showed the fireball jet crash of 9/11. The caption reads, “Never forget — you said.” Underneath the image of Rep. Ilhan Omar wearing a hijab it warns, “I am the proof you have forgotten.”

The image on the Republican poster was the same one in the killer’s mind. It was the enemy, a caricature — Muslim or Jewish, Black or immigrant — created by an international white power movement. For them any act of terrorism or crime by immigrants is an attack that must be met with violence. It feeds into the ongoing cycles of hate that chokes our lives.

As the Twin Towers fell and nearly 3,000 people were burned alive or crushed, the horror was already split by two ideologies. For the left, 9/11 was the tragic result of American imperialism; Noam Chomsky’s book 9-11 set the template even as smoke rose from Ground Zero. He and subsequent leftists argued the United States had carried out terrorism from Latin America to the Middle East. When the United States funded and armed Islamic militants in Afghanistan to fight the Soviet Union, it was inevitable that they’d turn on us.

9/11 is a thermometer for Republican Christian ethnic-nationalism.

The right’s 9/11 was that the United States was a good and moral superpower, wounded by barbaric fundamentalists. American Exceptionalism was re-affirmed by Congress singing “God Bless America” as firefighters picked through rubble for bodies. Patriotism flowed down from the White House, news, movies and music. The War on Terror was a war on the “Axis of Evil”; 9/11 became a category of unjustified pain inflicted by militants on “good” people, us, the Americans.

The right’s 9/11 detached from ash-covered New York into a floating metaphor to brand permissive liberalism as the handmaiden of terror. In 2001 Rev. Jerry Falwell blamed the attacks on “pagans, abortionists and the feminists” saying, “All of them who tried to secularize America, I point the finger in their face.” In 2010, when an Islamic Community Center was to open in downtown Manhattan, the right protested it as “The Ground Zero Mosque.” In 2015, when gay marriage was legalized, radio host Bryan Fischer, tweeted, “6/26 is now our 9/11 … the day the Twin Towers of truth and righteousness were blown up by moral jihadists.” Now Republicans showed a poster of a Black Muslim woman, Rep. Omar, recently elected, under a photo of the towers exploding.

9/11 is a thermometer for Republican Christian ethnic-nationalism. When they lose politically, fear heats their rhetoric. It is invoked as proof they’re facing a cataclysm. The farther right one looks, the more End Times imagery one sees. The GOP poster repeats Pat Buchanan’s drumbeat of the death of the West. Alongside him is Tucker Carlson’s immigrant bashing. Further right, there’s the Nazi propaganda of Jared Taylor and Richard Spencer, who talk of white genocide and white replacement.

The doomsday scenes flood the internet where lonely, broken men create community around a shared vision. At the end of their transformation, faces glowing with faith, they pick up semi-automatics, go to a temple to kill Jews, go to a mosque to kill Muslims, go to a church to kill Blacks. Splattered with blood, they are arrested and jailed but rarely apologize. They never realize they have become the terrorists they supposedly feared.

In the Shadow of the Towers

Three days after the white supremacist killed 50 people in a New Zealand mosque, a Turkish man in Utrecht, Netherlands, killed three and injured seven. The police believe it is an act of terror. If so, it joins a long list of Islamist terrorism.

If white supremacists read Nazi propaganda and look at 9/11 footage, then Islamists read religious propaganda and look at history. And there’s lots to see. They could start with the European Crusades and later colonization or footage of children starved to death from U.S. sanctions on Iraq or U.S. bombs destroying Baghdad or U.S. soldiers torturing prisoners. They could start with the racism they feel in the West even if they grew up in it. They could do all of this because they are less the children of Islam than the children of neoliberalism, floating between cultures, adrift in the backwash of capitalism and searching for meaning. It could be alienated youth in New York or Paris or London. Everywhere broken men are lost and, like moths, go to the brightest, loudest angriest websites or mosques or leaders. 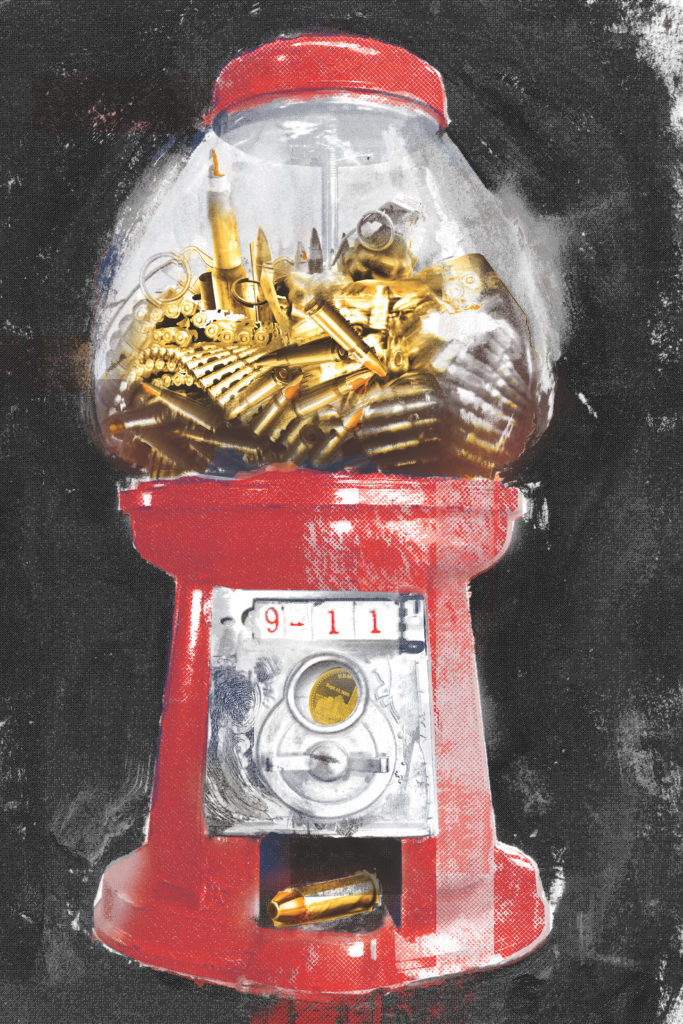 Documentarian Deeyah Khan followed Jihadists and white supremacists and saw how eerily alike they are and how the men in both fail at relationships. And why the news alternates between mass killings. Now it’s the Muslim driving a truck and mowing down innocents in France. Now it’s the white boy going into a Black church and shooting. Now it’s bombs ripping apart runners at the Boston Marathon. Now it’s another gunman entering a mosque and live-streaming the death.

Islamicism and white power are two ideologies, feeding each other fresh blood and growing stronger with every death. Between these two hatreds, liberals decry the violence and hold peace vigils. But they very rarely challenge the history of violence that created the trauma of these men, nor the ideologies that express it nor the emptiness of modern life, nor the hopeless future. For lost souls, sometimes only pain seems real.

We are trying to breathe in a time where interlocking ideologies choke our lives. Each new headline jolts us. Mass shootings and terrorism splash the front page. White power says to fear the others. Islamism says to take revenge. Liberalism says it can all be managed without changing anything. Blind terror drives people into polar opposite ideological camps.

Even as conservatives use 9/11 to incite fear, a more powerful antidote to that fear can be found in what happened afterward. Really, not just 9/11 but every terrorist attack, people rush to help the wounded, save the dying and comfort the grieving. If you were around in New York in 2001, if you smelled the chalky dust and washed ash out of your hair, if you lost someone, if you took pills to numb yourself, if you sank into despair, if you hated, if you were scared, if you were injured or came down with cancer from the air, if you had to forgive to keep living: you have more in common with the many, many victims of terrorism in the world than any ideologue trying to recruit you into hatred. Remember, when the next leader says it’s us versus them, that there is no “them”  — there’s just us.