If you feel fed-up with criminal justice reform efforts touted by the Koch brothers that leave our prison industrial complex firmly in place, two new books offer practical solutions to the longstanding dilemma of how to hold people accountable for violent crime without perpetuating mass incarceration.

In Until We Reckon, Danielle Sered draws on her work as founder and director of Brooklyn-based Common Justice — the first victim services and alternative-to-incarceration program that focuses on violent felony crimes like gunpoint robberies, shootings and assaults, — to show how restorative justice is a process of charting “a course for repair.” It helps survivors heal and makes us all safer, unlike the current criminal justice system.

“Transforming our national response to violence will require placing the people who survive it at the center of any response to it,” Sered writes. “This is not what we currently do — though we pretend that it is.”

While acknowledging each survivor’s unique experience and that many are not ready to forgive, she shares examples of how the responsible and the harmed party can agree on a shared definition of accountability. It requires: “(1) acknowledging responsibility for one’s actions; (2) acknowledging the impact of one’s actions on others; (3) expressing genuine remorse; (4) taking action to repair the harm to the degree possible, and guided when feasible by the people harmed, or ‘doing sorry’; and (5) no longer committing similar harm.”

In the examples Sered highlights, this process supports healing for survivors, provides an “avenue to dignity” to people who caused harm and fosters their intrinsic motivation not to be violent again. As she notes, “although we can sometimes escape the police, we can never escape ourselves.” This outcome seems much better than imprisonment, which she cautions shares the same core features that often drive violence in the first place: shame, isolation and an inability to meet one’s economic needs. 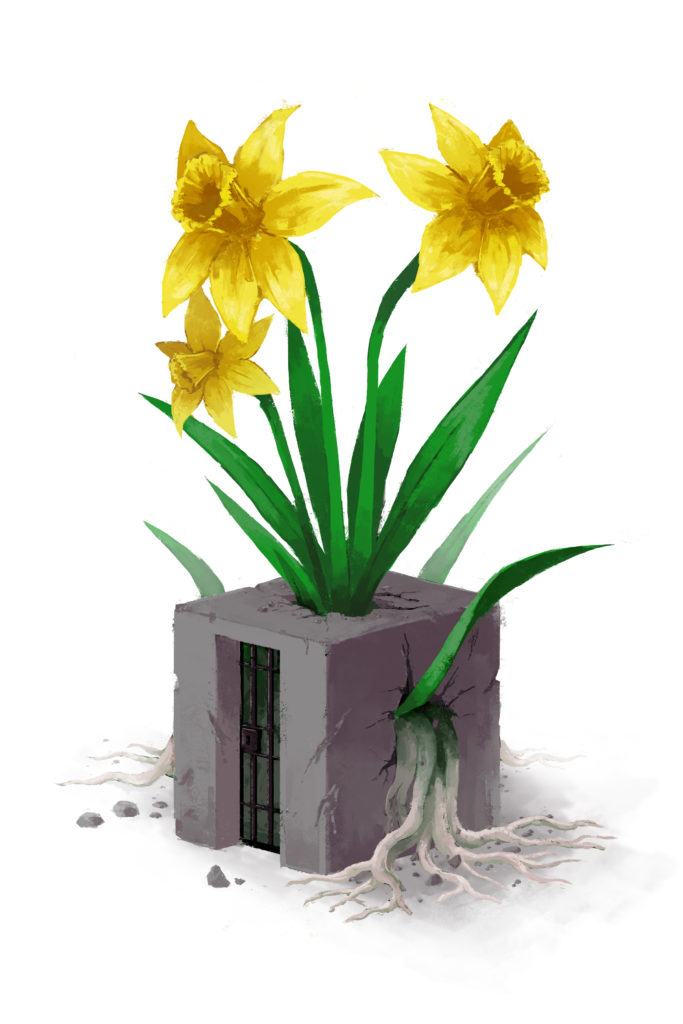 Most people who engage in violence are themselves victims of violence. Sered, who is white, notes this violence is minimized by white people who engage in and benefit from economic exploitation and systemic violence fueled by racism, and what Michelle Alexander calls “new Jim Crow” laws that disproportionately target people of color. Throughout the book, she draws on this analysis to round out her vision of reckoning and to call for white people to acknowledge the harm their laws and actions cause, then hold themselves accountable by working to end mass incarceration. Failure to do so, she concludes, “will only add to the toll for which we ultimately have to answer.”

No single tool works for all kinds of harm and Common Justice is not designed to address gendered and sexual violence. Fortunately, in All Our Trials, Emily Thuma offers a timely account of how imprisoned domestic violence survivors, criminalized rape resisters and dissident women prisoners and their supporters formed coalitions and campaigns which contested the rise of “law and order feminism” in 1970s and 1980s. Law and order feminism pushed for a punitive approach to violence against women. Instead, Thuma’s subjects worked to develop an anti-carceral feminist analysis that shaped broader debates on addressing root causes and remedies. She describes the book as her “contribution to the larger collective project of upending today’s hegemonic story that incarceration is necessary to end gender violence.”

An Assistant Professor of Gender & Sexuality Studies at the University of California-Irvine, Thuma explores the often overlooked history of anti-violence mobilizations that focused on the lives of marginalized women, acknowledged how they often felt re-victimized by law enforcement and “pointed to the carceral state as a source of further harm rather than safety and redress.” She details the work of prisoner support campaigns like the one for Joan Little, a black woman in North Carolina charged with murder for killing a white prison guard who tried to rape her and was ultimately acquitted. Thuma notes how self-defense cases of women of color emphasized “an intersectional… analysis of rape.”

When Boston police failed to investigate a spate of 12 murders of black women and girls, she recalls how feminists organized for community safety. She also recounts debates among feminists of color such as Nkenge Touré  of the D.C. Rape Crisis Center over whether to accept funding from the Law Enforcement Assistance Administration, “the linchpin in the dramatic expansion of the state’s capacity to surveil, police and imprison across the 1970s.”

In a fascinating titled chapter, “Printing Abolition,” Thuma allows us to follow the feminist discussion that unfolded in prison newsletters and grassroots publications about alternatives to relying on law enforcement to protect women against sexual and domestic violence, including a woman’s right to defend herself against her attacker. She features excerpts of letters, essays, poetry and covers from Through the Looking Glass, No More Cages and Aegis: Magazine of Ending Violence Against Women.

This history lives on today in the work of Sered at Common Justice and many other women based here in New York City. Donna Hylton, who was formerly incarcerated for her role in the murder of her abuser, is now Director of the Women and Girls Project at the Katal Center for Health, Equity, where she emphasizes that most women in prison suffered sexual and physical violence before they were incarcerated. Journalist Victoria Law covers the experience of women in prison for local and national outlets and on Twitter. Organizer and educator Mariame Kaba documents her extensive work to dismantle the prison industrial complex and pursue transformative justice on her blog, Prison Culture. At a recent fundraiser for Books Thru Bars, she held up a poster she was selling to raise funds for the legal defense of a women who shot her partner after nearly a decade of horrifying domestic violence and now faced life in prison. It had a simple message: “Prison Is Not Feminist.”

Until We Reckon: Violence, Mass Incarceration and a Road to Repair
by Danielle Sered
The New Press, 2019

All our Trials: Prisons, Policing and the Feminist Fight to End Violence
by Emily L. Thuma
U. of Illinois Press, 2019