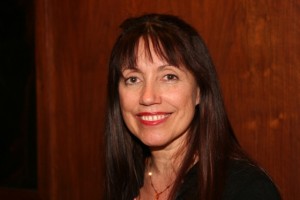 It’s not exactly shocking when a reformer becomes a political insider, but the details still matter.

Once a determined foe of the Brooklyn Democratic machine, Margarita López Torres is running in the June primary for reelection as one of two Kings County Surrogate’s Court judges — and she’s doing so with the backing of party boss Frank Seddio, who has close ties to that court.

The Surrogate Court is where wills and estates are settled. Attorneys connected to the court via the office of Public Administrator collect lucrative fees. As in Queens during Joe Crowley’s reign, the Brooklyn Democratic machine plays an integral role in the process.

After winning her first Surrogate term as an insurgent in 2005, López Torres contested the New York State law giving political parties control over judgeships (via its judicial conventions) in a battle that reached the U.S. Supreme Court. Although it was unanimously struck down in 2008, the case prompted Justice John Paul Stevens to declare that the “Constitution does not prohibit state legislatures from enacting stupid laws.”

Now, with her first 14-year term expiring at the end of this year, López Torres is running for a second. But given that she will turn 68 later this year, if re-elected, López Torres will only be able to serve two more years because the mandatory retirement for New York’s non-Supreme Court judges is 70.

López Torres tells The Indypendent that “unless there is a change in the law,” she will indeed be forced to retire at the end of 2021 (and prompt another Surrogate election). She notes that the New York State legislators serve two-year terms, so her potentially abbreviated second term “is hardly cause for reservation.”

The Brooklyn party machine “no longer harbors [an] animus towards me,” says López Torres, explaining that, unlike his predecessors Clarence Norman and Vito Lopez, Seddio “has never asked me to select [one of his people] for my staff.” She adds that Seddio “served as the other Surrogate judge with me for one and a half years, and thus is familiar with the qualities I bring to the bench.”

Seddio’s tenure on the Surrogate bench, however, was cut short when he resigned in 2007 amid an investigation by the state Commission on Judicial Conduct into his misuse of campaign funds. Seddio retains close ties to the attorneys appointed by Brooklyn’s Surrogate judges to oversee the office of Public Administrator.

The party machine continues to control the judicial convention, which after the June primary will select a replacement on the Kings County Supreme Court for Harriet Thompson, who last year was elected as Brooklyn’s other Surrogate judge. Asked whether she would accept a nomination to Supreme Court (where the retirement age is 76), López Torres flatly declares, “No” — and says she’s made that clear to the party leadership.

One club that is not endorsing in the Surrogate race, New Kings Democrats, nonetheless plans to track the campaign closely and distribute explainers to its members. “People should go into the election knowing what they’re voting for,” maintains the club’s president Brandon West. “Any backroom deals made within the party are not something we’ll support.”

Geoffrey Davis, a Democratic district leader from Crown Heights, has not yet decided whether to back former party boss Clarence Norman’s preferred candidate, Meredith Jones, who has worked at the Surrogate Court. But according to Davis, López Torres has “failed to spot salient issues such as deed fraud and the erroneous sale of properties” that have plagued Brooklyn’s black community in recent years.

Meanwhile, current civil court judge Elena Baron is also making a bid, and her consultant is Gary Tilzer, who ran López Torres’ campaign when she beat the party machine in 2005. Tilzer is surprised by the cozy relationship between López Torres and Seddio.

“The machine makes its living off the Brooklyn courts, but now Seddio and company are endorsing a candidate who went to the Supreme Court trying to cut off their control of picking judges? It makes no sense,” says Tilzer.

If nothing else, Frank Seddio certainly knows how to keep his bread buttered.