When Bernie Sanders launched his second presidential run in February, more than one million people signed up to volunteer for his campaign. Can that initial enthusiasm be turned into a self-organizing, on-the-ground force that can propel Sanders to the Democratic nomination and then on to the White House?

This Saturday will provide a first test when the Sanders campaign holds a nationwide organizing kickoff in living rooms and pubs across the country. Here in New York, veterans of the 2016 campaign have formed NYC for Bernie, which will be hosting six events across the city. 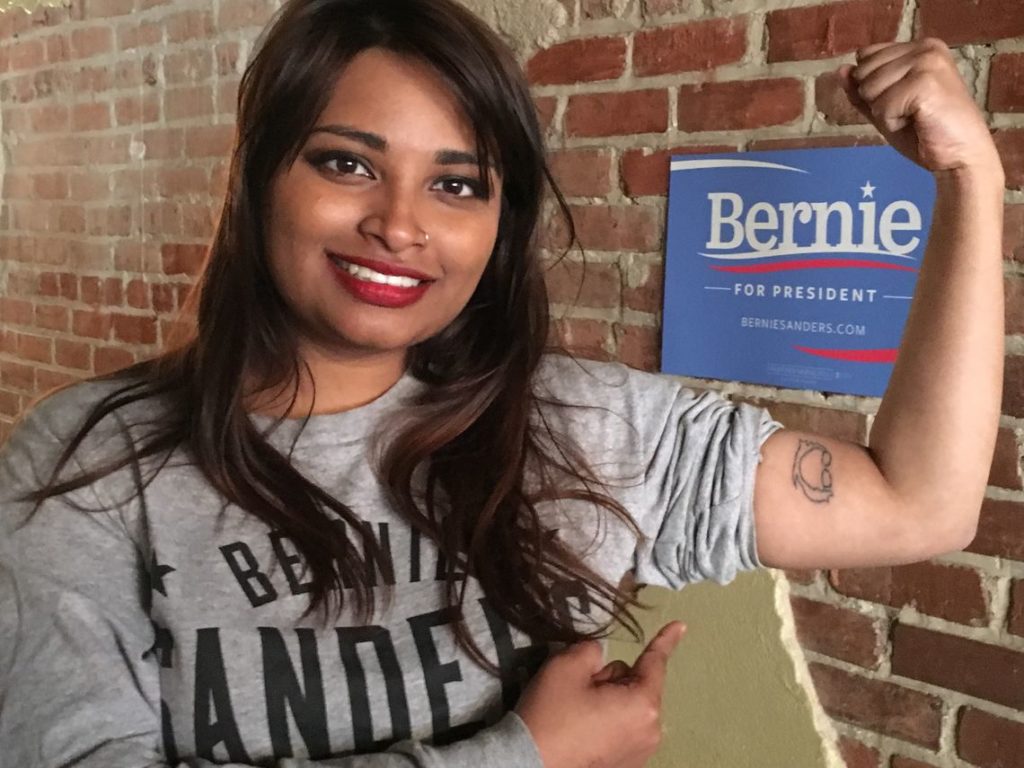 The Indypendent spoke about Saturday’s kickoff and what’s to be gained from starting to mobilize so early in the race with Moumita Ahmed, one of the group’s organizers. Ahmed is also a co-founder of Millennials for Bernie, a board member of the New Queens Democrats and has worked in recent years on the insurgent campaigns of Alexandria Ocasio-Cortez, Cynthia Nixon, Zephyr Teachout and Jessica Ramos, among others.

John Tarleton: Talk about this Saturday’s organizing kickoff for the Sanders campaign. There are more than 5,000 events slated to take place across the country, including dozens of events here in New York City.

The focus is going to be about organizing volunteers and mobilizing people to do various things for the campaign, such as texting supporters to donate. And depending on where people live there’s going to be a focus on voter registration, on petitioning. 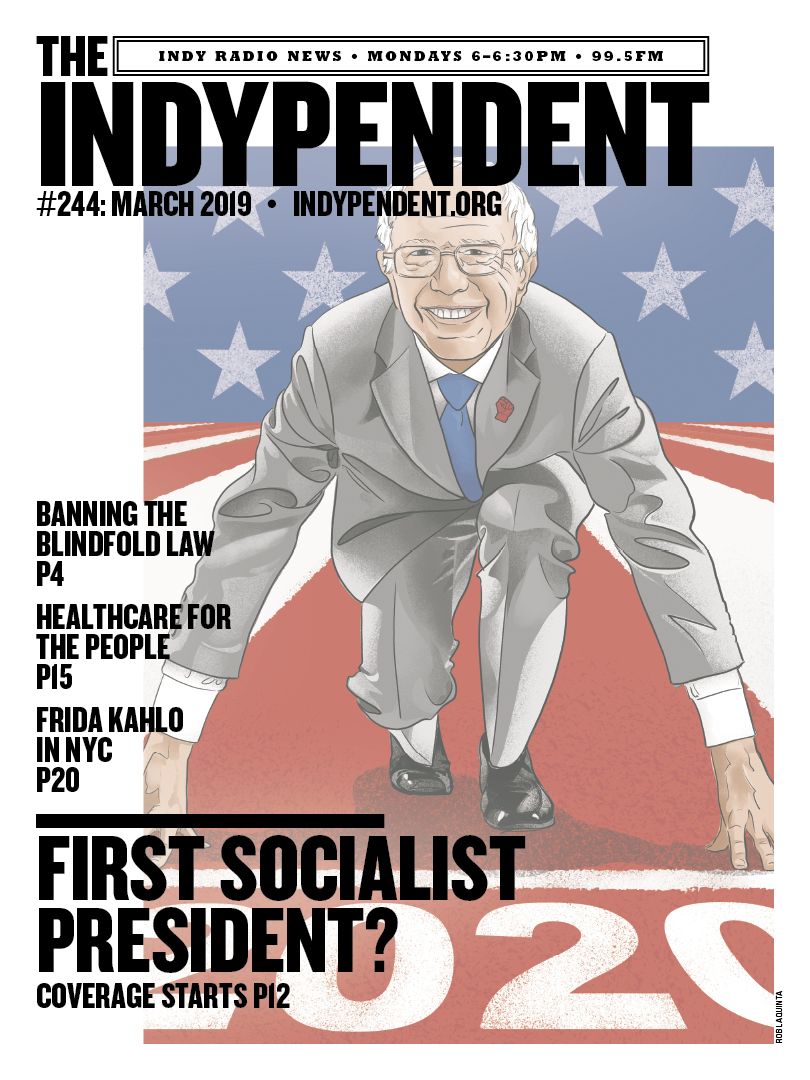 Why so soon? We’re nine months away from the first votes being cast in the Iowa caucuses and the New York presidential primary won’t be held until April 2020.

The reason they’re doing this early is that last time Bernie started late and he did very well with the outpouring of support. This time he thinks he can double it. Starting early and solidifying our base is very important because the democratic party as we know it is split between the Berniecrats and everyone else. This time we need to solidify our range and have the numbers on our side early on. The other side is more fractured with so many candidates competing so having our side solidified now is really important. One way to do that is to engage our volunteers from 2016 and mobilize them so they can go mobilizing all these new voters and new people to join them in the effort.

The kind of campaign Sanders is running appears to be more labor intensive than one that relies on large donors and advertising.

Bernie’s campaign was one of the first to implement a distributed-organizing program. That was crucial to organizing thousands of volunteers. We’re just doing the same thing but bigger and better. Beto O’Rourke used it in his Texas Senate race where it was also very successful.

A distributive organizing model works if you have the range, because so much of it depends on volunteers who need to feel like they have a stake in whatever they’re putting their flavor of love in. Bernie is the only presidential candidate who already has the required range and he’s had that range for four years since the primary in 2016. It’s really hard to do the distributive organizing if you’re not an inspiring candidate.

At this early stage, how would you say Sanders organizing is going here in New York City?

Considering how early we started, it’s similar to 2016 but we have expanded in terms of boroughs. Last time, Brooklyn was where a lot of the organizing was happening. This time we have more people across the boroughs but also upstate. There’s a NYC for Bernie upstate.

Why do you think your presence is less Brooklyn-centric this time?

Have there been any fundamental changes since in how the Sanders grassroots strategy is being carried out in 2020 compared to 2016?

We’re doing more relational organizing with grassroots groups, community-based organizations, communities of color and also organizing around issues that are important at the local level.

Unlike in 2016, NYC for Bernie has guiding principles based on diversity to make sure that more faces are represented this time around in a way that wasn’t done in 2016 because there just wasn’t the capacity or the means. This time around, every meeting has a working group that’s focused on diversity and building these relationships with communities that weren’t present until the last minute in 2016.

Volunteers who need to feel like they have a stake in what they’re putting their flavor of love in.

For example, immigration isn’t necessarily a big thing in somewhere like the South, but is in big cities like New York, as are specific issues that impact people like the [Driver’s License Access and Privacy Act], which will help immigrants get licenses. The national campaign may not speak up on a topic, but is necessary to get different groups to mobilize that exist here. And that information comes from organizers that live here. Having a grassroots group that’s mobilizing and doing the distributive organizing but also focusing on these local issues is good for rebuilding for any future campaign and future election.

Besides helping elect a new president, what else can volunteers get out of volunteering with a campaign?

For new people, learning about how to organize can be such an empowering experience. Often we feel like you don’t have power and taking part in the organizing effort you have to work together or figure out how to help with something. How these campaigns work is an expression of democracy. People have to learn how to organize and get access to networks and organizations that are changing the current political system so that they feel included in any issue-based organizing they do beyond the campaign.