Facebook is like a bar that used to be a fun place to hang out with friends until the owner put cameras in the bathroom and replaced the tchotchkes with genocidal slogans and anti-vaccine propaganda. You look around and all of a sudden all the patrons have hair coming out their ears, velcro shoes and are sipping prune juice to ward off constipation. The McGuire sisters are on the jukebox.

Young people are leaving Facebook in droves. They’re going over to that hip new joint down the block, WhatsApp, and showing off their faux-vintage photos on Instagram. But everything old is new again. It turns out these new spots are owned by the same guy, a milquetoast twirp whom the forces of capitalism and deregulation have contrived to grant dominion over the communications of a third of Earth’s population.

With the 2020 presidential elections just around the bend, we should be so lucky if Facebook were just a watering hole. Instead, it’s a vast multimedia company, harvesting data on its 2.6 or so billion users and lending a megaphone to Russian bots, Brazilian proto-fascists and the worst excesses of the Myanmar military. If only it would have remained a place where grandma could post photos of her little munchkins, while her grandkids share pics of their Smorgasbord pizza cupcakes through an Amaro filter on Insta. Facebook’s founder and CEO, Mark Zuckerberg, may still have the placid face of a China doll, but Facebook itself lost its innocence, if it ever existed, long ago.

The company’s business model is based on the endless expansion of its sweeping data harvesting cartel that turns the consumer into a commodity. We all know this, but many of us keep using Facebook and the other apps in the Zuckerverse because, as Margaret Thatcher might put it, “There is no alternative.” They’ve monopolized a vast chunk of the once wide-open world wide web.

‘If they need to keep growing, then they will need to find new ways of violating our privacy and eroding our social integrity.’

And so it is with suspicion that critics have greeted Zuckerberg’s plans to redesign his scandal-plagued company’s namesake and related platforms toward more personal interactions.

“Facebook has proven itself a bad actor and I don’t take anything they say or do at face value,” Douglas Rushkoff, a professor of digital economics at the City University of New York and host of the Team Human technology podcast, tells The Indypendent.

According to a March blog post from the Zuck himself, Instagram, Facebook Messenger and WhatsApp chat services will be integrated. All messages will be handled with end-to-end encryption, meaning their contents will be visible solely to the sender and receiver — a privacy tool already baked-in to WhatsApp. Taking another page from WhatsApp, users on Facebook’s other networks will have the option of allowing their communications to disappear after brief intervals. Meanwhile, Facebook itself will shift the emphasis it places on its news feed, the bottomless scroll of friend and advertiser distraction, to group and person-to-person networking.

“I do think there’s some sense in them returning to the idea of being a social network, rather than a propaganda publisher,” says Rushkoff. “But the only way I will believe they are serious is if they liberate themselves from the need to achieve continued exponential growth. If they need to keep growing, then they will need to find new ways of violating our privacy and eroding our social integrity.”

Zuckerberg seems to have anticipated the skepticism he’s been met with and attempted to get ahead of it, acknowledging that “frankly we don’t currently have a strong reputation for building privacy protective services, and we’ve historically focused on tools for more open sharing.”

When it comes to open sharing, the Zucker has lost his appetite for it. His March post directly contradicts another, published four months earlier, in which he pledged Facebook would be more vigilant in rooting out disinformation. Now he’s pushing it into the shadows instead. How can Zuckerberg’s sites root out disinformation if the messages they carry are private and temporal? The answer, so far, is they can’t.

Evidence of this comes to us from Brazil, where the Trump of the Tropics, Jair Bolsonaro, landed in the presidential palace on Jan. 1 in what observers have termed the WhatsApp election. 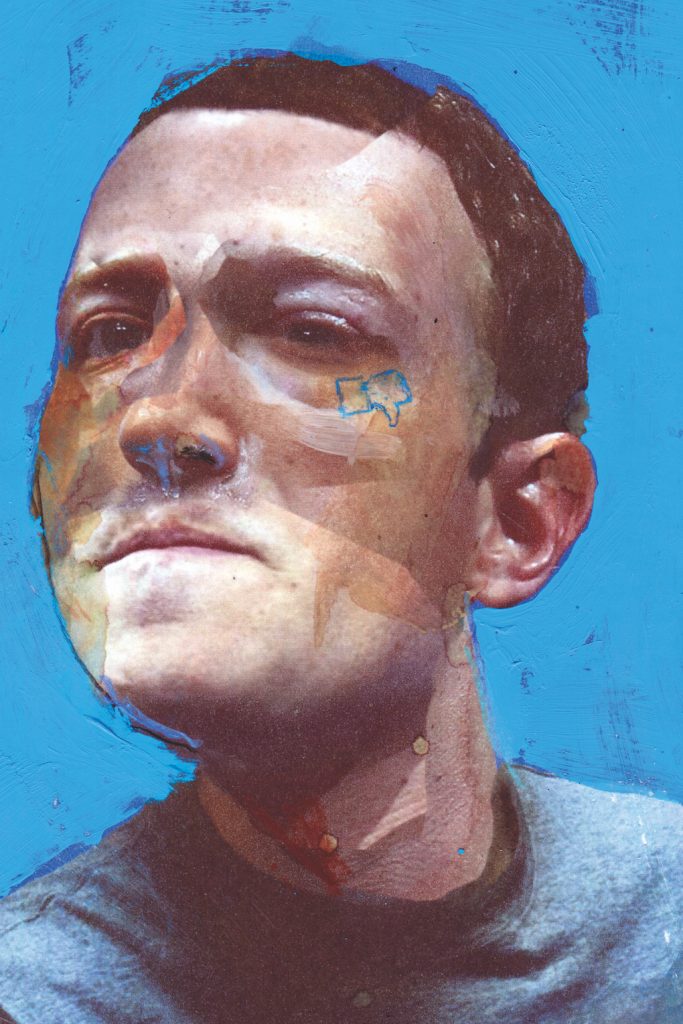 Broadband happens to be costly in the country, where the average household income per capita comes to just $400 a month. But mobile carriers offer plans through which customers can access the internet on the cheap through select apps — WhatsApp, Facebook and Twitter.  Thus, 120 million Brazilians, or nearly 60 percent of its population, use WhatsApp to connect to the web. The limited internet access that has led to WhatsApp’s popularity — not just in Brazil but across large portions of the developing world — is also what makes it such an effective propaganda tool.

A coalition of wealthy business interests backing Bolsonaro spent millions of dollars on WhatsApp disinformation campaigns ahead of voting. Drawing on data — some of it collected through Facebook — marketers established astroturf WhatsApp groups and flooded cell phones with doctored photos and fake news that the average Brazilian had limited means of validating.

“Propaganda is very effective when you do not have the possibility to either fact check or to receive different kinds of information,” notes Luca Belli, a professor of internet governance Fundação Getúlio Vargas’ School of Law in Rio de Janeiro.

In response to a report in San Paulo’s Folha newspaper, Facebook said it deleted thousands of fake accounts but the damage was already done.

Exactly how much of a role WhatsApp played in the presidential vote is difficult for researchers to gauge, says Belli, given that the messaging service is encrypted end-to-end and the plethora of pathways the false information could have traveled, but he’s worried for other democracies in the third world — and for the United States — where similar conditions exist: weak data protections and a monopolized internet landscape void of net-neutrality laws that prevent the walling off of the web.

Yet despite the potential for spawning political rumor mills, end-to-end encryption means at least the Zuckerberg and his cronies won’t be tracking our conversations, right? Sort of. Sending encrypted messages won’t prevent the Zucker from gathering your metadata i.e. the who, when and where behind your supposedly private communications.

“Without transparency about how Facebook will monetize its end-to-end encrypted services,” writes Gennie Gebhart of the Electronic Frontier Foundation, “users and advocates cannot scrutinize the various pressure points that business model might place on privacy and security.”

The integration of Facebook’s platforms appears to have less to do with generating more meaningful connections, than it does with the Zuck’s desire to build a super app, ala China’s WeChat — one all-encompassing, self-contained intra-web within the internet through which all manner of communication and commerce take place.

“That at this moment is the dream of Facebook,” says Belli. “Facebook is the only social network that— together with WhatsApp and Instagram — has the critical mass of users that could turn out to be a super app.”

We’ll have to bide our time to see what kinds of social media chicanery lie in store for us as the 2020 presidential election heats up, but at least one of the candidates, Sen. Elizabeth Warren, has pledged to break up the Facebook monopoly. In the meantime, look out folks. It’s Zuckerberg’s world. We’re just living in it.