“Nobody Promised You Tomorrow: Art 50 Years After Stonewall,” now showing at the Brooklyn Museum, seems like a direct response to Hugh Ryan’s affectionate challenge to rediscover our queer history and to create our queer future. The 28 LGBTQ+ artists, all born after 1969 and currently working in Brooklyn, use everything from oil paints to photographs to light boxes to the artist’s own used, indented foam mattress topper to weigh in not just on what is queer and what is contemporary, but the very question of what is art.

The first room honors the artists’ activist ancestors, playing with themes of “Stonewall Uprising,” “Heritage” and “Revolt.” Some pieces directly correct the myth of Stonewall, the three-day police-raid-turned-revolt that is widely considered the beginning of the American queer movement — and widely whitewashed in the retelling. I particularly appreciated Tuesday Smillie’s The Hudson River Jordan, a banner in homage to Street Transvestite Action Revolutionaries (STAR), whose members included Stonewall leaders Sylvia Rivera and Marsha P. Johnson. The multipurpose textile piece is made of blue tarp, silver fabric, a pretty hint of pink, and bedecked with a bouquet of fake flowers. “The banner alludes to the lived experiences of STAR and its members — marked by both precarious material conditions and glamour,” explains the museum. You can appreciate it on the wall as art — but you could also wrap it around your shoulders or sleep on/under it. Similarly, LJ Roberts’ lightbox installation Stormé at Stonewall literally illuminates the whitewashing of Stonewall history — inspired by a suggestion from Hugh Ryan (small world). The flashing on-screen cut-and-paste collages New York Times articles about black butch lesbian and Stonewall veteran Stormé Delarverie, those that feature her as well as those that erase her, thus questioning how the story gets told. 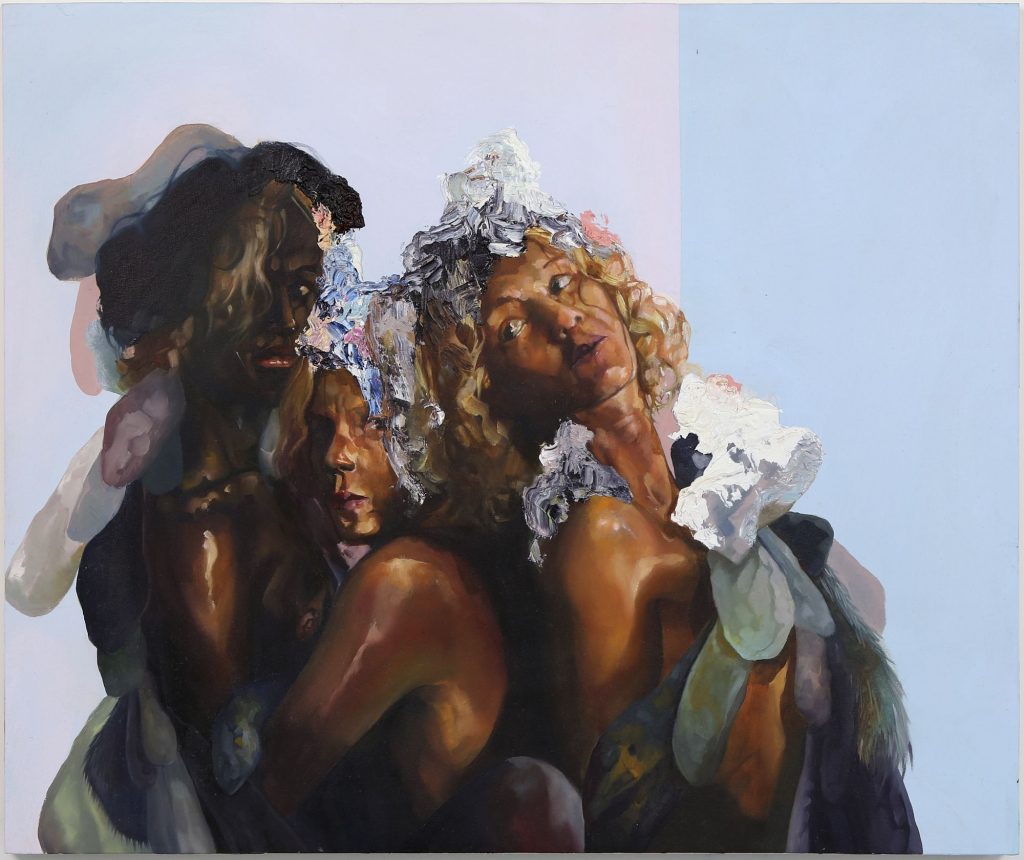 The exhibition can’t quite decide whether it’s an art show, an activist vehicle or a random archive. This works, most of the time. The best pieces are those that maximize both the medium and the message. I was particularly captivated by David Antonio Cruz’s gorgeous oil paintings of STAR’s modern-day counterparts: Black trans women who were murdered in 2017 and 2018. They stare directly at the viewer with a gaze that is part seduction, part implication. Similarly, I appreciated the detailed small drawings of haimisch queers with expressive faces in Smillie’s collage triptych, We Cannot Live Without Our Lives, STAR 2012 and Police Van, Trans Day of Action. The joyful, delightful depictions of queers continue in the work clustered under the theme of “Care Networks,” with Mohammed Fayez’s lively, colorful cartoon Armory next to flyers for Papi Juice parties, both featuring queer POC Brooklyn parties in full glory. The show even nods to the art form of zines with the inclusion of Camille Godoy’s Amigx. 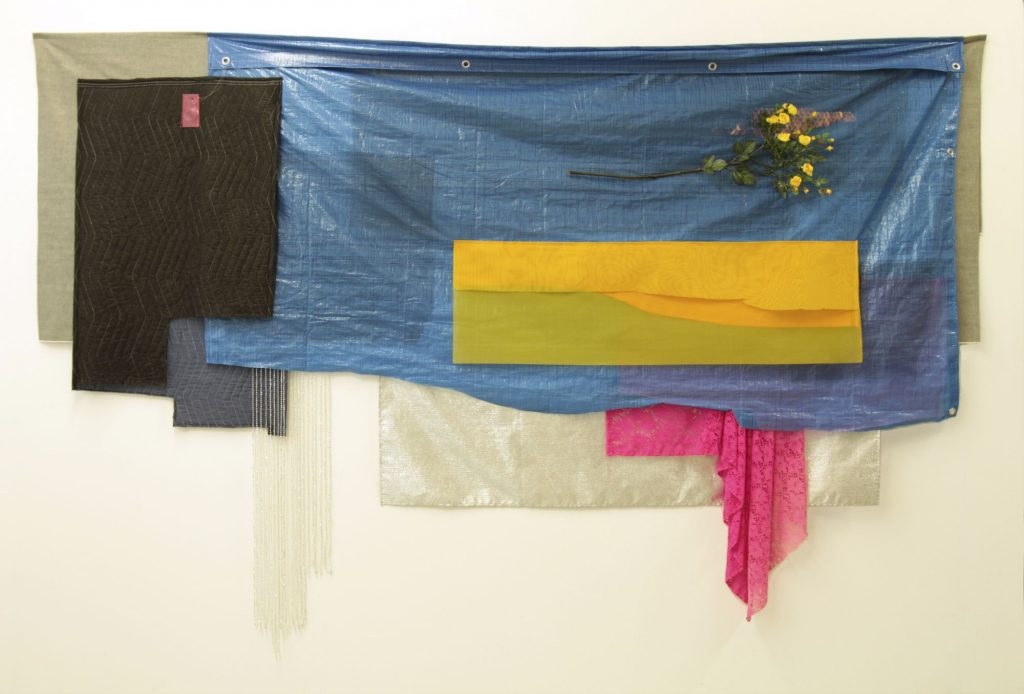 The centerpiece of the exhibit — or certainly of the Care Networks room — is LJ Roberts’ gargantuan textile piece, The Queer Houses of Brooklyn in the Three Towns of Breukelen, Boswyck and Midwout during the 41st Year of the Stonewall Era, previously shown at the Smithsonian. Picture a fabric recreation of Brooklyn, a three-dimensional quilt made largely of knitted bundles. Appliqued across it, thick and readable, are the names of Brooklyn’s old neighborhoods and the names of 24 contemporary queer houses. It looks like a three-dimensional quilt, a relic from the 19th century, particularly intriguing from the same artist who did the lightbox installation, comfortable both in textiles and high-tech. The queer house theme is used slightly less effectively in the wall display devoted to Lavender Hill, a 1970s queer house in Ithaca, New York. While I enjoyed the photos and flyers and chore calendar and other fun ephemera, it feels more like artifact than art. Similarly, in the last room, a catch-all with the wide theme “Desire,” Mark Aguilar’s I’d Rather Be Beautiful Than Male is little more than glitter script on a white background, even if the lettering does evolve perfectly from blue to pink as the viewer reads left to right. But most creative use of materials goes to Constantina Zavitsanos for I think we’re alone now (Host). Inside the frame is the artist’s own foam mattress topper, indented like a curving human form — creating a surprisingly resonant and sexy visual.

In keeping with being both an art show and a history project, the exhibit also has an “Our House” room with books and iPods, to learn more — and, of course, to meet your fellow queers.