Alex Vitale is a CUNY professor and the author of The End Of Policing, a carefully argued call to roll back the power of law enforcement. In recent months, he has moonlighted as a policy advisor to Tiffany Cabán in her run for Queens District Attorney.

A small businesswoman and community activist in southeast Queens, Maxine Gallmon canvassed door-to-door for Cabán and shared campaign literature, as well as hundreds of copies of the June Indypendent, which features Cabán on its cover, at her church, her credit union and local libraries.

Moumita Ahmed is the millennial daughter of Bangladeshi immigrants who founded a group to promote Cabán’s underdog campaign in the Jamaica, Queens community where she grew up.

Vitale, Gallmon and Ahmed were three of the hundreds of Cabán supporters who packed a cavernous nightclub in Woodside, Queens on June 25. As the crowd roared “Si se puede!” and “Black lives matter!” they nervously watched their candidate — a 31-year-old public defender with no previous political experience who vowed to “decriminalize poverty” — hold onto a narrow lead over Queens Borough President Melinda Katz. Shortly after 11 p.m., Cabán declared victory in the Democratic primary, which in Queens is tantamount to winning the general election in November.

As The Indy goes  to press, the final results won’t be known until July 3 when the last of more than 6,300 absentee, military and affidavit ballots have been counted. However, it’s unlikely Katz can overcome Cabán’s 1,090 vote lead with the remaining votes being divided between seven candidates.

Cabán’s apparent win is the latest in a string of victories for the left in New York, including the election of Rep. Alexandria Ocasio-Cortez, the defeat Amazon’s HQ2 in Long Island City and the flipping of the state Senate from Republican control and the subsequent passage of sweeping rent law reforms.

“We have a very special moment,” Ahmed said afterward, “and the progressive left is seizing that moment.”

The scale of the effort that put Cabán over the top is staggering. According to her campaign, their team knocked on 120,000 doors in the last four days prior to voting, with 1,400 volunteers taking 3,500 shifts, including 1,600 on election day. This was preceded by months of canvassing and community outreach by a big tent coalition that included the NYC chapter of Democratic Socialists of America (DSA), the Working Families Party and community-based organizations.

Cabán received more individual campaign contributions from Queens than her six opponents combined and was able to mobilize small donor support (and a few large donations from wealthy backers of criminal justice reform) from across the country. Likewise, DSA was able to mobilize members in other cities to assist with phone and text banking, and sending thousands of personalized postcards to Queens voters, reminding them to vote for Cabán.

The Queens Democratic machine was fully engaged this time after party boss Joe Crowley’s shocking defeat to Ocasio-Cortez. Katz started with $1 million dollars in the bank, the support of most Queens elected officials and the united backing of the city’s largest unions.

In the end, it wasn’t enough.

Cabán won by overwhelming margins in the same Western Queens neighborhoods that went heavily for Ocasio-Cortez. Thanks to the one-on-one conversations volunteers like Gallmon and Ahmed had with their southeast Queens neighbors, she was able to cut into Katz’s advantage in what has long been a machine stronghold.

“The people I spoke with barely knew Cabán,” Ahmed said. “But the fact that someone came to knock on their door, motivated them to come out and vote.”

After Cabán’s victory, anything is possible in New York politics. Expect the same leftwing coalition that lifted Cabán to victory to mount numerous primary challenges to entrenched machine Democrats in the next round of state legislative and City Council races in 2020 and 2021 and then statewide contests in 2022.

“We got to break down the machine so people can get what they need,” said Gallmon, an African-American mother of three.

If the success of Cabán, AOC and dozens of other socialists who have been elected to federal, state and local offices across the country in recent years is a threat to centrist Democrats, it’s also disruptive for some on the radical left, which has mostly been losing for the past 40 years.

Whether the Republicans or Democrats were in power, there were always more wars, more tax cuts for the rich, more free trade agreements and more favors for Wall Street while unions grew weaker, income inequality soared and the planet baked.

Winning seemed impossible. It wasn’t even clear if we should be trying and risk corrupting ourselves in the process. This void was filled by a constellation of theory-laden academic Marxists, enfeebled third parties with no chance of gaining office, prefigurative anarchists intent on creating their own semi-private utopias, identity-first border guards eager to police the boundaries of proper discourse and various pious souls ready to bear witness to enormous societal evils as an end in itself.

Good intentions abounded but what was in scarce supply in this mostly-white milieu was any idea or interest in how to build power, institutionalize change or communicate our ideas to a larger society that didn’t share our concerns.

If there one thing almost everyone could agree on was that the Democratic Party was hopeless. It was the “graveyard of social movements,” the slightly less repressive wing of the capitalist class.

It was a catechism that was self-evidently true. Then something shifted.

A new generation of radical social movements exploded — Occupy Wall Street, Black Lives Matter, a revitalized climate movement. Many of their concerns found expression in Bernie Sanders’ 2016 presidential run. The gruff old socialist popularized the left’s most popular ideas — Medicare-for-all, free public college, the Green New Deal, a $15 an hour minimum wage — and a new kind of presidential campaign sprang to life. It thrived almost entirely on millions of small donations and the labor of a self-organizing network of hundreds of volunteer groups.

“We’ve come a long way,” Alex Vitale observed, “from debating the fine points of scientific socialism to carrying out the concrete tasks of organizing.” 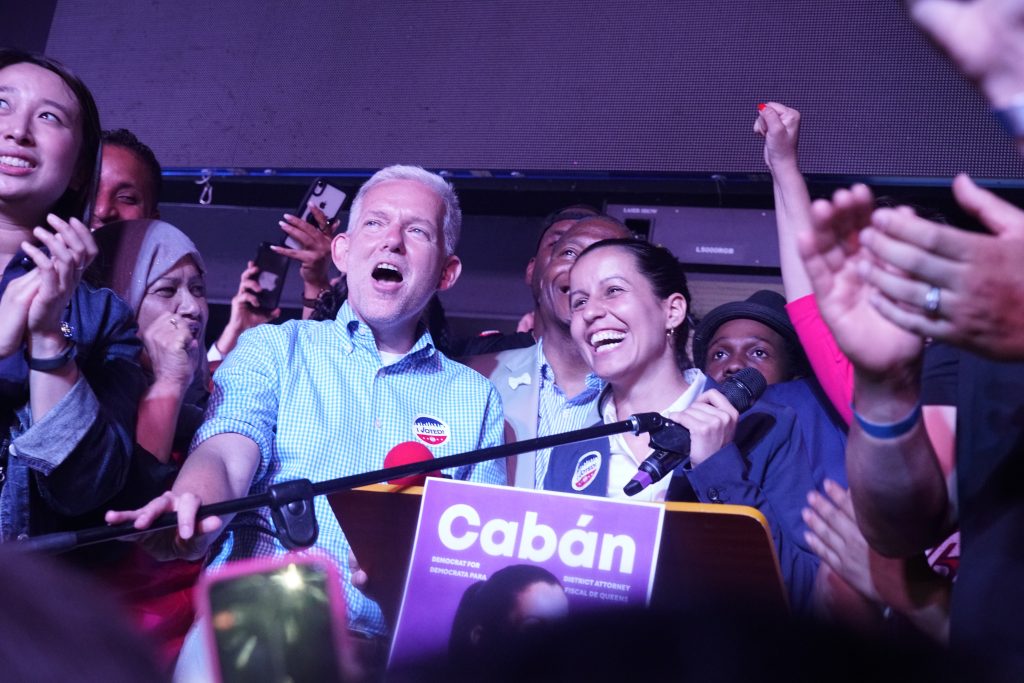 No longer acting like “internal aliens in their own land,” as the political theorist Michael Walzer once put it, leftists are now knocking on doors and having conversations with their fellow Americans instead of talking at them or over them. In the process, they discovered they were not alone in their politics.

The Democratic establishment is still deeply corrupt. At the same time, the party is one of two incredibly valuable ballot lines in our winner-take-all electoral system. Inhabiting it makes winning a general election vastly easier than going third party. Why not seize it when you can? A party that contains Joe Biden and Nancy Pelosi, as well as Bernie and AOC, is more like a coalition of parties forced to operate under the same banner, each vying for supremacy.

Having allies inside the power structure is only part of the battle. Issue-based social movements that can mobilize communities and exert pressure for reform from beyond its confines is also crucial. The left is shedding sterile, self-defeating habits and is starting to discover a power that was always there but rarely tapped into.

It’s a new day. While the menace of the authoritarian right grows and the center collapses, more and more people on the left are doing the hard work it takes to win. Socialist movements have been crushed in this country before so it’s impossible to say where this is all headed. But in the meantime, look for more raucous victory parties like the one that greeted Tiffany Cabán’s victory declaration.

CORRECTION: An earlier version of this article misidentified Maxine Gallmon as Maxine Gallman.