The street is lined with highrises. Only one three-story building remains today, a reminder of this downtown Brooklyn block’s 19th-century past. On Thursday, New Yorkers gathered in front of its broken windows to keep it from being demolished. They want instead for 227 Duffield Street, which once served as a sanctuary for southern blacks fleeing slavery, to be preserved as a landmark.

“There has been a long battle to retain this space and turn it into a museum,” said Imani Henry of Equality for Flatbush. “The city has not been respectful of the activists, the family that has been wanting to make sure that this becomes a landmark, that children walking up and down this block can go inside and know that this was a stop on the Underground Railroad, that this was a place of black abolitionist activism.”

Built in the 1840s, 227 Duffield was purchased by prominent abolitionists Thomas and Harriet Truesdell who moved to the city from New England in 1850, shortly after the passage of the Fugitive Slave Act. Nicknamed the “Bloodhound Law,” the measure was intended to cool tensions between northern and southern states by mandating that escaped slaves residing above the Mason-Dixon Line be returned to their southern masters.

‘It’s important that the children and all of the people can see what people had to go through to be free.’

Maps and property records from around this time indicate that tunnels were built linking the buildings on Duffield Street. Joy Chatel, a cosmologist and amateur historian who owned and resided at 227 Duffield until her death five years ago, speculated that there might have been a cavernous link between the home and the former African Wesleyan Methodist Episcopal Church, Brooklyn’s first black house of worship nearby.

In 2007, the city attempted to claim eminent domain over the former Underground Railroad stop in order to construct an underground parking garage. Chatel sued and the city backed off, going as far to rename Duffield Street “Abolitionist Place.” However, the building’s current owner, small developer Samuel Hanasab, filed an application with the Department of Buildings in June to demolish the property.

Laura Barbieri, an attorney with Advocates for Justice, tells The Indy she is seeking a temporary restraining order and a preliminary injunction against Hanasab, while the city’s Landmark Preservation Commission (LPC) reviews an application to grant 227 Duffield landmark status. She is also seeking to prevent the Buildings Department from granting the permit necessary to carry out the demolition.

“We would ask that there would be time for the LPC to consider the application,” Barbieri said, “to hold a hearing and to consider all of the evidence to determine if landmark status should be awarded to the building.” 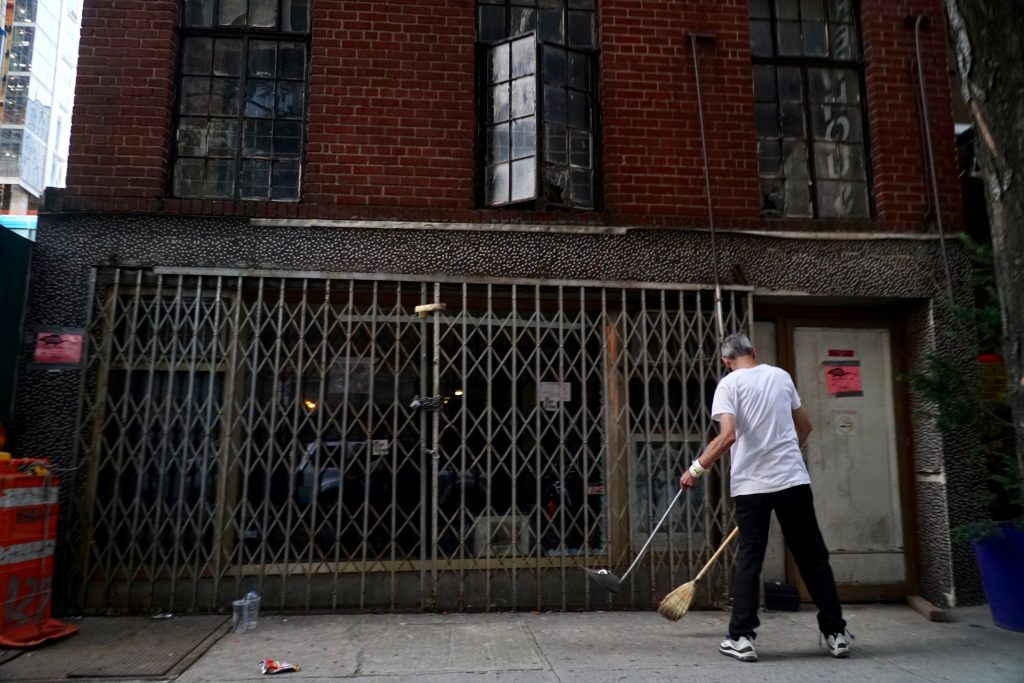 The former home of Thomas and Harriet Truesdell in downtown Brooklyn.

Aleah Bacquire Vaughn, executive director of Circle for Justice Innovation (CJI), told The Indy she and other protesters Thursday want to protect a piece of Brooklyn’s past.

The Truesdells “used their home as a place to save other people, to preserve history and freedom,” Vaughn said. “I believe that should be remembered.”

Equality for Flatbush has a petition on Change.org directed at the LPC, calling for the building to be spared. It has garnered nearly 2,500 signatures as of the time of this article’s publication.

Before her death in 2014, Joy Chatel told the New York Times: “There’s no black museum in Brooklyn to celebrate the Underground Railroad. This is the house to do it in. It’s important that the children and all of the people can see what people had to go through to be free.”