Hundreds of bicyclists staged a die-in in Washington Square Park on Tuesday evening, calling attention to a nerve-rattling uptick in traffic fatalities. So far this year, 15 cyclists have been struck and killed by cars on the streets of New York City, whereas there were just 10 such deaths in all of 2018.

During the last week in June alone, three cyclists were killed, including Robyn Hightman, a 20-year-old bike courier who was struck by a truck. Although the driver, Antonio Garcia, fled the scene (later claiming he hadn’t realized he had hit the young messenger), he was not charged in Hightman’s death.

Rally-goers called on Bill de Blasio, who, through his “Vision Zero” campaign, has made reducing traffic fatalities a top priority for his mayoral administration to do more to protect cyclists. They also demanded the NYPD do more to enforce the existing laws on the books.

The Indypendent was on hand spoke to several cyclists who participated in the demonstration. Here’s what they had to say. Their remarks have been lightly edited for clarity and concision. 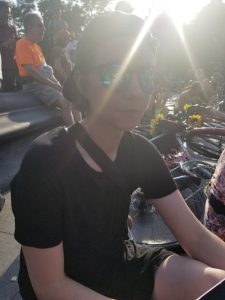 Katie: I’m here, along with the folks from Nightcap Brooklyn, which is a woman, transfem bike group. We are here because we are mourning personal loss, impersonal loss. We are basically speaking out for the reason that we are all together in the first place, which is the joy of riding without losing our lives. We are trying to get the attention of the city, the mayor. It’s a complicated issue. It’s a combination of lack of enforcement, lack of infrastructure and toxic car culture where the second you put a person on a bike, they become dehumanized. There are means to punish drivers, there are laws in place but they don’t enforce them. Our friends are dying. They shouldn’t have died, they didn’t deserve to die and there’s no justice or follow-up.

Chris Lewis: The catalyst for this rally is that people keep dying. I’ve been a commuter in the city for as long as I’ve been here. I think the thing that really struck me was a quote from a cop saying that if Robyn had been in the bike lane, she would still be alive, which is a stupid thing to say.

There’s always cars. Ideally, people driving cars would realize that they are driving things that are extremely dangerous and that they’re driving through neighborhoods, not fucking highways. If it were highways — that’s different. But people live here, people are like families here. What I would really like to see — because I think it’s going to have to start with this — is cops enforcing existing laws. I think that’s what’s going to start pushing into some people’s minds how you should behave in New York City. 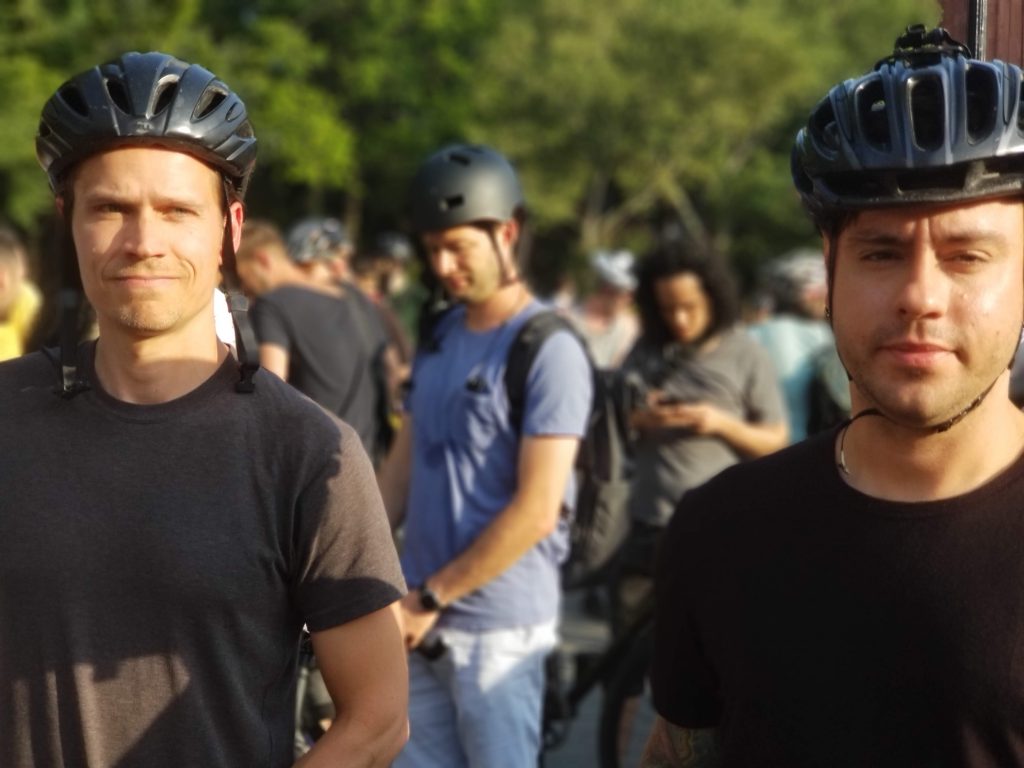 Jamison Edwards: You can’t have police in the city setting an example that it doesn’t matter when someone is run over and then have the general public not feel the same way. This is a systemic problem, it is a deep-rooted cultural problem in New York that we are seen as less than human, quite literally, less than human. 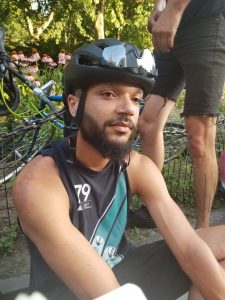 Francisco Colón: I am a cyclist in New York City. I didn’t know any of the folks who died on a personal level. But I’m involved regardless, whether or not I knew any of the people. It’s very real, I’ve been hit by a car. The city was built for cars, for motor vehicles but obviously, not everyone in the city drives a car. There are plenty of means for alternate transportation, which are growing. I think it would be great to see that reflected in city planning, on a local and governmental level as opposed to us having to sit in a park and demand our rights.

Amber Drew: I run a cycling organization in Brooklyn and the fact that three people were killed in the last week in June is insane. I’m coming out here to support and be a part of something that is trying to make some changes that are long overdue. One of the things that hit home for me recently was the death of a gentleman named Ernest Askew. He lives in East New York and I’m an East New York resident. It hit close to home because I ride there, there’s not a lot of biking infrastructure. I worry about my safety and the safety of my colleagues that live in the area but having someone hit on a route that basically I take every single day, it kinda threw me for a loop. 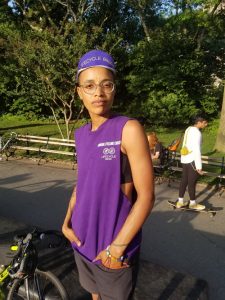 You hear about it, you see it, you read about it, it’s terrible. I think the biggest thing is ensuring the safety of everyone who is on these roads by giving us protected lanes or designated lanes. Also, there needs to be more accountability on the behalf of the NYPD because, oftentimes, a lot of these accidents can be avoided but there are obstructions in bike lanes, there are trucks and cars in there. There have been people who have been assaulted for going to a driver and saying, “You can’t park here.” Nothing is going to change unless there is a consequence. Every action has a reaction. Unfortunately, the reaction that has been happening is that cyclists are dying, pedestrians are dying.

Peter Borges: I actually moved from San Antonio, Texas recently and one of my good friends down there was ran over by a drunk driver in April. I went to a school with Debra Freelander [who was killed by a cement truck in Bushwick on July 2.] I know another woman from high school that I graduated with who was struck and killed in Delaware on the Fourth of July, so that’s been three deaths of people I knew within a year. They were all on bikes. 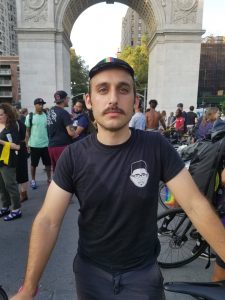 Change is going to be difficult and it’s going to take years. The enforcement isn’t there properly. They aren’t clearing the bike lanes. When they are rebuilding streets, when they are planning civic infrastructure, the city needs to prioritize protected bike lanes. Unless we get bike lanes where an individual from 8 to 80 is comfortable riding in them, no sane person is going to ride a bike in New York. Until we make people feel safe cycling in the city, I don’t think transit is much good.