The Indypendent
Menu
A Free Paper for Free People
Activists fighting to save their green space march through the Lower East Side Saturday. Photo: John Tarleton.

Amid giant puppets and the wail of bagpipes, a crowd of  300 Lower East Side residents marched through their neighborhood Saturday afternoon calling on city officials to abandon their plan to demolish East River Park.

“We started [this] because the city was just going to roll over us and bury the park,” said Pat Arnow, founder of East River Park Action, which has led the fight to save the 58-acre park.

The protesters marched from Tompkins Square Park to the East River, stopping along the way at the East 4th Street district office of City Councilmember Carlina Rivera, who will wield a key vote when the $1.45 billion plan to tear down the park goes before City Council in October.

East River Park opened in 1939 and runs along the water from East 12th Street to just south of Grand Street. The city insists that it must destroy the park and bury it under eight feet of landfill in order to create a protective barrier against rising sea waters caused by climate change. A new park is slated to be built on top of the landfill. However, there will be little shade as all 981 trees in the current park would be clear cut. The city says the new park will open in 2023, but critics worry that the massive construction project could take as long as a decade.

The park’s defenders point to an earlier plan developed over four years of consultations with community members as a possible substitute. That other plan would place eight-foot-high landscaped berms along the back of the park and preserved much of its beloved green space.

Upon arriving at East River Park the demonstrators rallied at the Labyrinth, an open space just north of Williamsburg Bridge, and then continued marching to the southern end of the park near its amphitheater. There they “buried the plan” (or at least a mock version of it) under shovelfuls of loamy black soil derived from compost gathered by the Lower East Side Ecology Center. 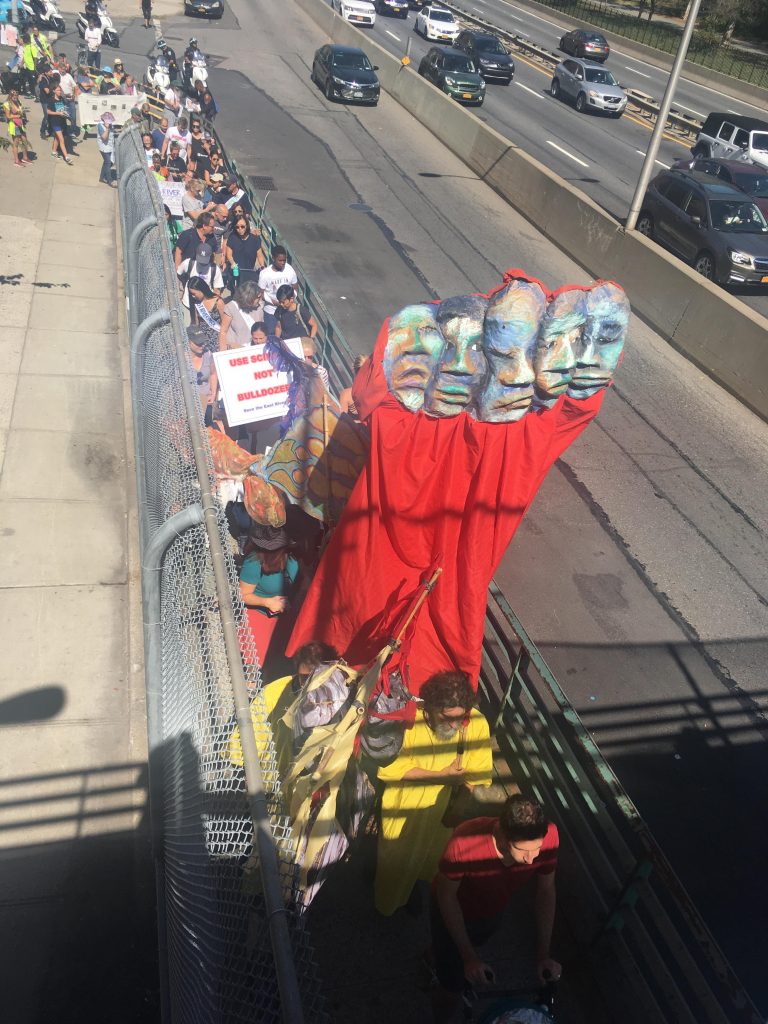 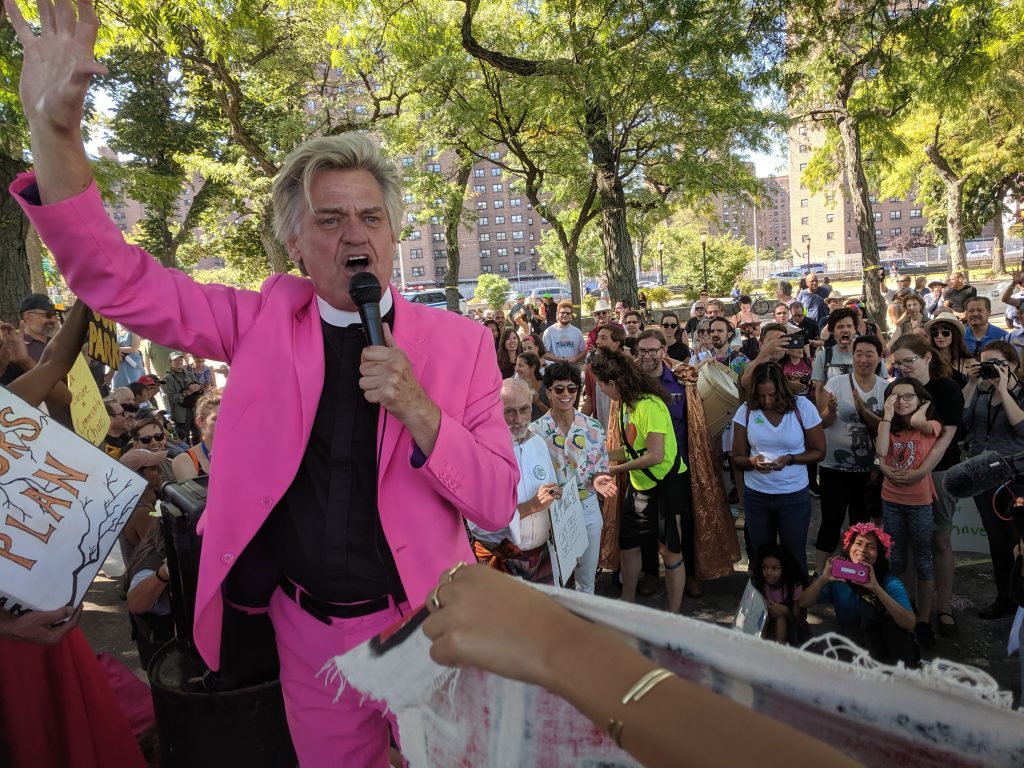 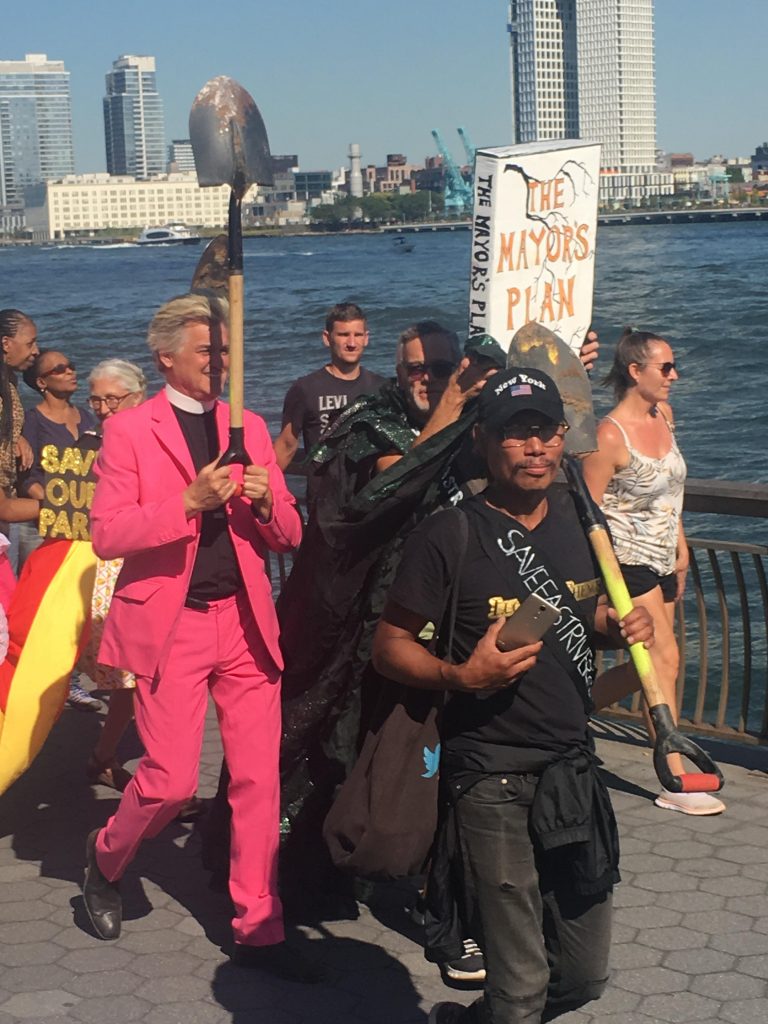 Rev. Billy and company marching down the East River promenade with a shovel in hand to “bury the plan.” Photo: Rebecca Vaughan. 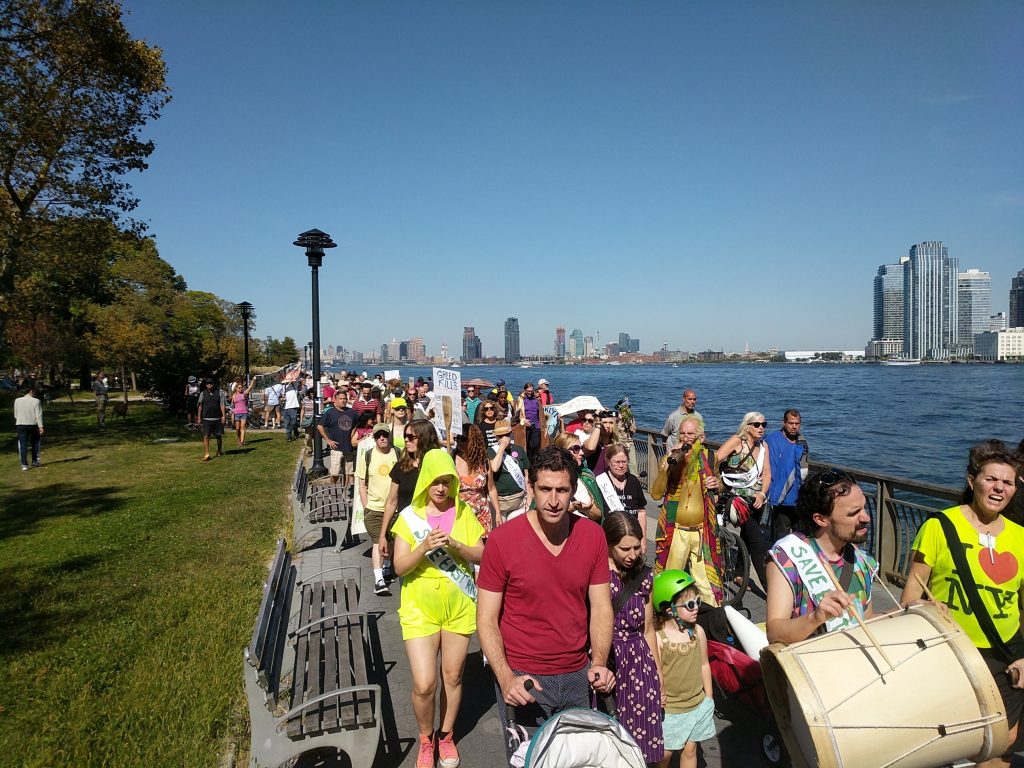 The demonstrators marching down the promenade. Photo: John Tarleton.

A giant golden bird watches as members of the crowd take turns burying the plan under shovelfuls of dirt. Photo: Photo: Rebecca Vaughan. 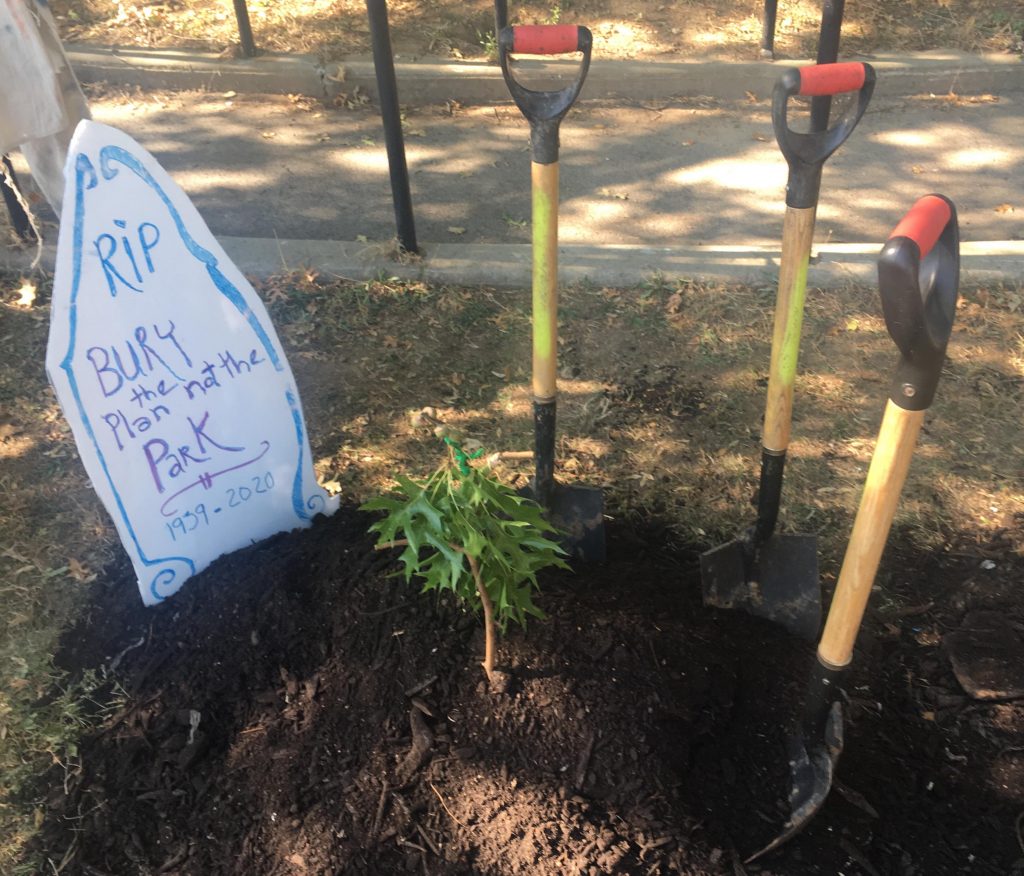 Dead but still with us. Photo: Rebecca Vaughan.