Only 10 years ago, the meanings of “democracy” and “socialism” seemed stable in the United States. The U.S. was a democracy, while socialism had few defenders outside of marginal corners of academia and cultish groups no one paid attention to. Most radical activists would say that they were promoting “social justice” (or “racial” or “global” justice). Although Vermont Sen. Bernie Sanders, an avowed democratic socialist, had been in Washington for close to two decades, few paid much mind.

Things are very different now. We have a president who disrespects such basic democratic norms as elections and the rule of law. Simultaneously, critiques of the undemocratic nature of the Electoral College and the Senate have become more widespread, raising the question of how much of a democracy the U.S. really is. Sanders has reshaped discourse in the Democratic Party, and in his wake, the Democratic Socialists of America has flourished.

Two highly relevant new books take socialism and democracy as their respective topics. Bhaskar Sunkara, founding editor and publisher of Jacobin magazine, seeks to sharpen our understanding of socialism’s history and its potential in The Socialist Manifesto. Filmmaker and author Astra Taylor seeks to reground democracy in far more utopian terms than the liberal resistance to Donald Trump, with Democracy May Not Exist But We Will Miss It When It is Gone. Both are well worth reading, despite their limitations.

The Socialist Manifesto begins with speculative fiction about how a worker at the bottling plant for Bon Jovi Pasta Sauce (a real company) might experience change under the existing rules of the United States, Sweden, and a socialist future that follows the populist presidency of Bruce Springsteen. This is an amusing premise, but I also found it odd. Although plenty of American workers do work in factories, most do not, and service workers and public-sector workers face different challenges.

Given what Americans pay for housing, medical care, and to borrow money, it is unclear whether more surplus is flowing into the hands of capitalists through workplace exploitation or through rent-seeking. Sunkara ignores this and other matters that make present-day political economy more complicated than workers vs. owners/bosses. He doesn’t discuss the transformation of American family life by the imperative that all able-bodied adults should be working, nor racial divisions. Nor does the intense connectivity that has turned every waking hour into a stew of work, consumerism, social life, financial management, and more factor in. Above all, the threat to existence posed by the rapacious exhaustion of the natural environment gets only a perfunctory mention. Speculative fiction is nice, but if the starting point doesn’t really resemble the present, what is the point? 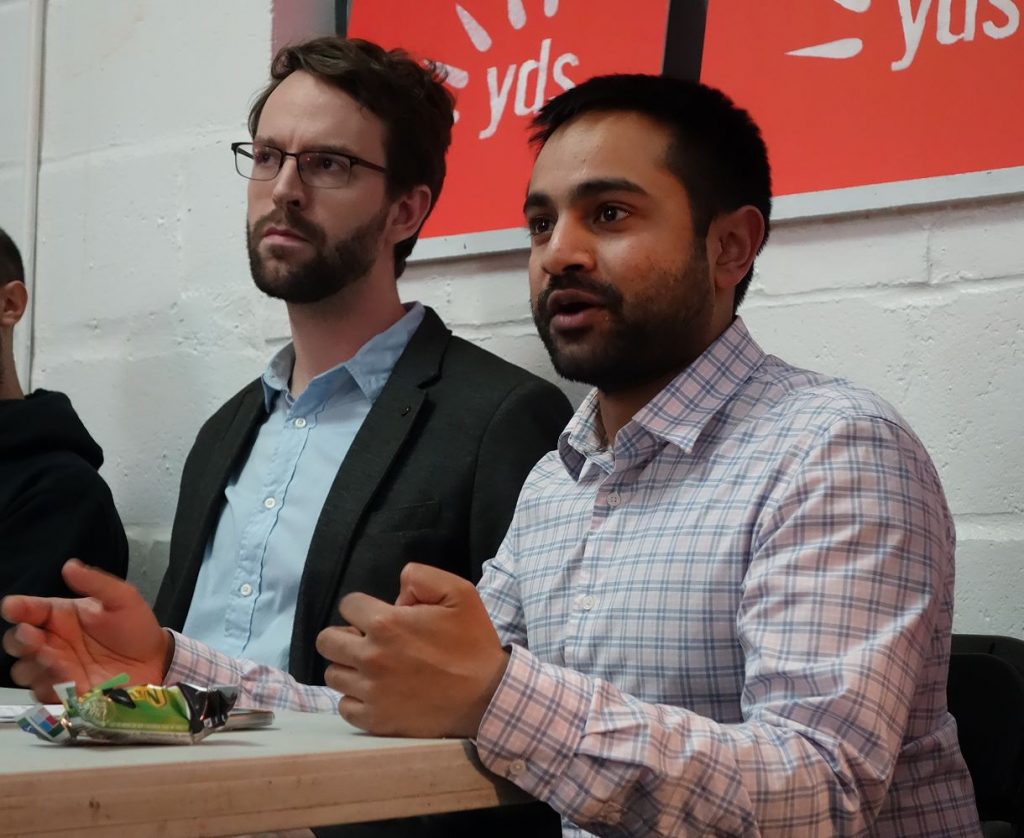 Sunkara goes on to outline a history of capitalism and socialism. He locates the beginning of capitalism in 18th-century England with the birth of the industrial working class, ignoring the European conquest of the Americas and the creation of trans-Atlantic slavery more than two centuries earlier. As in the first chapter, wage laborers are foregrounded at the expense of other hierarchical identities.

A brief history of socialist parties follows. This is the strongest part of the book. Sunkara judiciously maps the challenges and dilemmas faced by early socialists, and his assessments are balanced, rather than crude cheerleading for one figure or another. But as he moves to the history of the post-World War II globe, he shows no interest in the efforts toward unity in the Global South led by developing nations in the 1970s or in the renewed internationalism of the World Social Forum. Nor does he have much to say about the explosion of social movements in the 1960s in the U.S. Can the story of American socialism be told without a glance at the way struggle rooted in black communities became class struggle — for instance, the black-led autoworkers’ Revolutionary Union Movement in Detroit? Without the role of Malcolm X or the Black Panthers, or the 1968 strike by sanitation workers in Memphis, Tennessee, which socialist sympathizer Martin Luther King was supporting when he was assassinated there?

In the final part of The Socialist Manifesto, Sunkara maps out a strategy for the U.S. socialist movement that, unsurprisingly, fails to acknowledge significant social actors besides the socialist movement itself and the labor movement. Nevertheless, he and his peers at Jacobin have dragged the idea of socialism out of sectarian corners and academic margins and thrust it into the mainstream of the American left and even into electoral politics. It is a thrilling development, even if it will fall on other writers to figure out how all of that stuff Sunkara has pushed from the margins transforms the analysis. 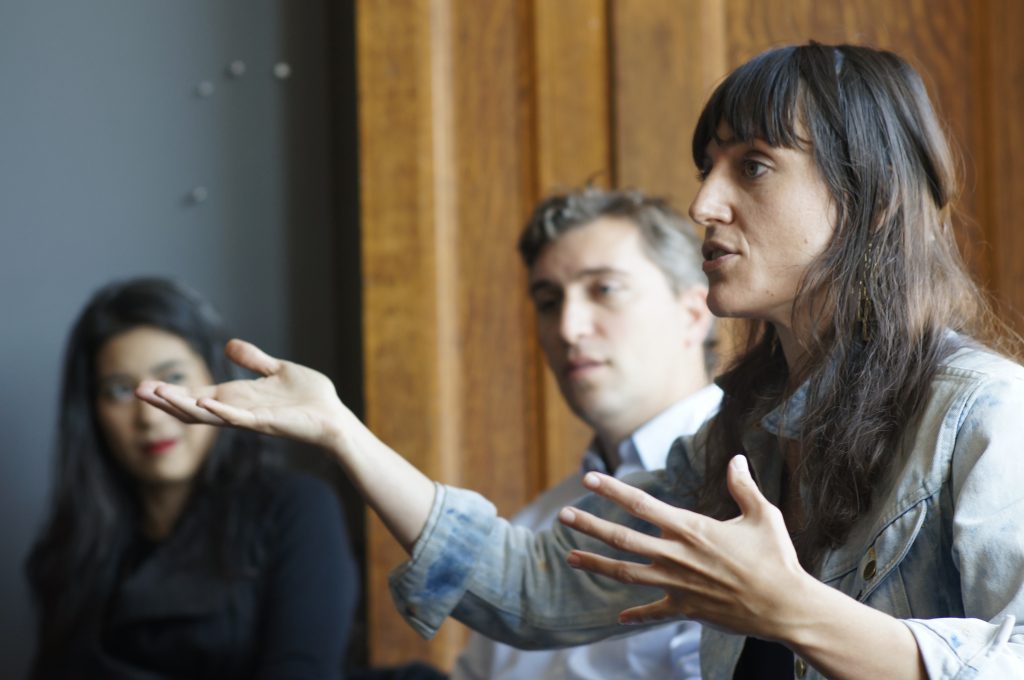 Leaving things out isn’t likely to be a criticism hurled at Astra Taylor’s book. In over 300 pages, Democracy May Not Exist But We Will Miss It When It is Gone spans several millennia and touches on not just virtually all of the topics noted above, but also the democratic rights of rivers or animals. The bulk of the book is seven chapters focused on antinomies of democratic theory: freedom and equality, conflict and consensus, inclusion and exclusion, coercion and choice, spontaneity and structure, expertise and mass opinion, local and global. The book’s conclusion adds two more: optimism and pessimism, and the tension between historical precedent and governing in the name of the present or future.

Those pairings are well chosen, speaking to deep tensions in understanding what democracy is and could be. To explore them, Taylor incorporates wide-ranging historical examples and interviews with academics, politicians, activists and many others, including what might be called the wisdom of “ordinary” people.

Ancient Athens and the American Revolution are particularly important touchstones, with the former often presented positively, while a very critical light is brought to bear on the founding fathers of the United States. There are occasional standout passages, such as Taylor’s description of the democratic governance of pirate ships and the federations of native peoples before the settler colonization of North America.

But at times Taylor’s focus gets lost amidst. Democracy, when wrenched out of specific contexts, can be a pretty fuzzy term, and here it starts to mean something like “the ideal society.” The problem is that evaluating societies in terms of whether they live up to principles like equality and inclusion may be at odds with evaluating whether the mechanisms to give people a voice and democratic control over their leaders are actually functioning.

Democracy May Not Exist But We Will Miss It When It is Gone is thus best seen as a spur to debate, raising far more questions than it answers. Taylor only briefly touches on how her queries relate to socialism, but that’s a question well worth delving further into.

The Socialist Manifesto: The Case for Radical Politics In An Era of Extreme Inequality
By Bhaskar Sunkara
Hachette Book Group, April 2019

Democracy May Not Exist But We Will Miss It When It’s Gone
By Astra Taylor
Henry Holt, May 2019