The Indypendent
Menu
A Free Paper for Free People
FAR FROM HOME: Abed al-Hasan is forced to pray at this faucet rather than at a river as hist tradition dictates. Photo: Jaclynn Ashly.

Amman, Jordan — Abed al-Hasan’s eyes fill with tears as he reminisces about his life before the American invasion of Iraq in 2003, when the majority of the Sabean-Mandaean — an ethno-religious minority in Iraq who practice Mandaeism, an ancient Gnostic religion — were forced into exile.

“It’s not easy to leave your homeland,” the 49-year-old told The Indypendent at his home in Jordan’s capital, Amman. “I felt defeated. I wish I could close my eyes and be back in Iraq before all of the chaos.”

Prior to the U.S. invasion, nearly all of the world’s some 70,000 Mandaeans lived along the Tigris and Euphrates rivers, along with tributaries flowing into the Shatt al-Arab, or “River of the Arabs,” in southern Iraq. The largest population of Mandaeans was concentrated in Baghdad.

“Before America came here, we were living in peace,” Hasan, a father of five small children, said. After 2003, however, their lives unraveled. Today, less than 5,000 Mandaeans remain in Iraq, according to the Minority Rights Group.

Mandaeans trace their ancestry back to the rivers of ancient Mesopotamia and revere John the Baptist as their greatest prophet. Their belief system focuses on flowing water, which they believe represents the most basic component of life.

“Wherever there were rivers in Iraq, you would find Mandaeans there,” Hasan said. “Anything we do for God, we must do it beside the rivers.”

Hasan’s current reality as an asylum seeker in Jordan contrasts sharply with how he described his life in Iraq. Today Hasan performs his prayers by stooping down next to an outdoor faucet at his house in Amman, reciting sacred texts in Aramaic and splashing tap water on his face and body.

While some rights groups have reported that the Mandaeans suffered forcible displacement under Saddam Hussein’s rule, the Mandaean asylum seekers in Jordan tell The Indy that under the autocrat the community felt safe.

“Of course, we have always faced persecution,” Hasan explained. “But it was mostly from individuals. We had laws and a strong secular legal system that protected us.”

Qassem al-Madi, another Sabean-Mandeaen who brought his family to Amman in 2017 to seek refuge, tells The Indy that the group began noticing more extremist ideologies spreading throughout Iraq following the 1979 Islamic Revolution in neighboring Iran. But the legal system was strong enough to contain it, he said.

Prior to the 2003 U.S. toppling of Saddam, Iraq was a police state, which meant that virtually all complaints filed with the Iraqi authorities would be followed up. “Any criminal activity, even petty theft, was seen as a threat to the security of the state,” notes Ibrahim al-Marashi, associate professor of history at California State University, San Marcos.

After 2003, however, Iraq’s security infrastructure was dismantled and, according to Marashi, being a police officer was “basically a death sentence,” as the police were often targeted by armed militias. This, coupled with a lack of resources, caused the policing system in Iraq to collapse.

Armed militias formed to protect communities in the security vacuum that followed Saddam’s ouster. The Mandaeans quickly became targets of militias owing to their perceived wealth as skilled goldsmiths and their strict pacifist religious principles that do not permit violence or the ownership of weapons — even in the case of self-defense.

According to the Mandaean Associations Union (MAU), more than 200 Mandaeans are among the hundreds of thousands of civilians who have been killed in Iraq since 2003, while hundreds of members of the Gnostic sect have also been kidnapped for ransom.

“America said it would create freedom in Iraq, but it did the opposite,” Hasan told The Indy. “America stole our freedoms away from us and created chaos. America destroyed Iraq and destroyed our culture and our lives.”

While most Mandaeans fled Iraq soon after the U.S. invasion, Madi, a father of eight, stayed in Baghdad despite the societal collapse around him.

Neighbors he had lived beside for years in Baghdad’s Sadr City began turning on him. In the overwhelmingly Muslim country, they began avoiding his jewelry shop and greeting him with “Marhaba,” Arabic for “Hi,” refusing to use the traditional Islamic greeting of “Assalam Alaykum” they had previously exchanged.

Discrimination against the Mandaeans became so severe that no one would touch an object after a Mandaean had touched it.

“When we went to a fruit or vegetable market,” Madi said, “the vendor would not even allow us to pick up the fruit ourselves because people would avoid his shop if they knew a Mandaean had touched the food.”

Though some mixed communities continued to co-exist despite the ethno-sectarian tensions, the experience of Mandaeans in Baghdad is a microcosm of what frequently happened throughout Iraq: neighbors who had co-existed together for decades turned against one another.

Hasan also owned a jewelry shop like most Mandaeans in Baghdad. When he left his shop in the evening he would change his route home each night in case someone was following him.

“I started to not be able to tell people that I am Mandaean,” he said. “People looked at us like we were subhuman. We felt constantly in danger.”

Hasan was forced to pull his son out of school in third grade, fearing he would be the target of a kidnapping. “If my son drank from a water bottle, no one would drink after him,” he said. “The other students would not even sit next to him because he is Mandaean.”

In 2016, his jewelry shop was robbed. According to Hasan, when he went to the police to report the incident, the family of the culprit took up arms and shot up his home. “The police didn’t take the incident seriously.”

He and his family were forced to flee the country.

Thaer Issa lived on Falastin [Palestine] Street in Baghdad, a commercial area considered relatively safe where many government ministries are located. One day, Issa’s son, then 15, was on his way home from school with two friends, one of whom was Mandaean and the other was Muslim. A group of men stopped the teens and asked them to identify the Muslims and non-Muslims.

His son’s Mandaean friend, scared and shaken, admitted he was not Muslim. He was kidnapped by the group, which demanded a ransom of $50,000 from his family to release him. 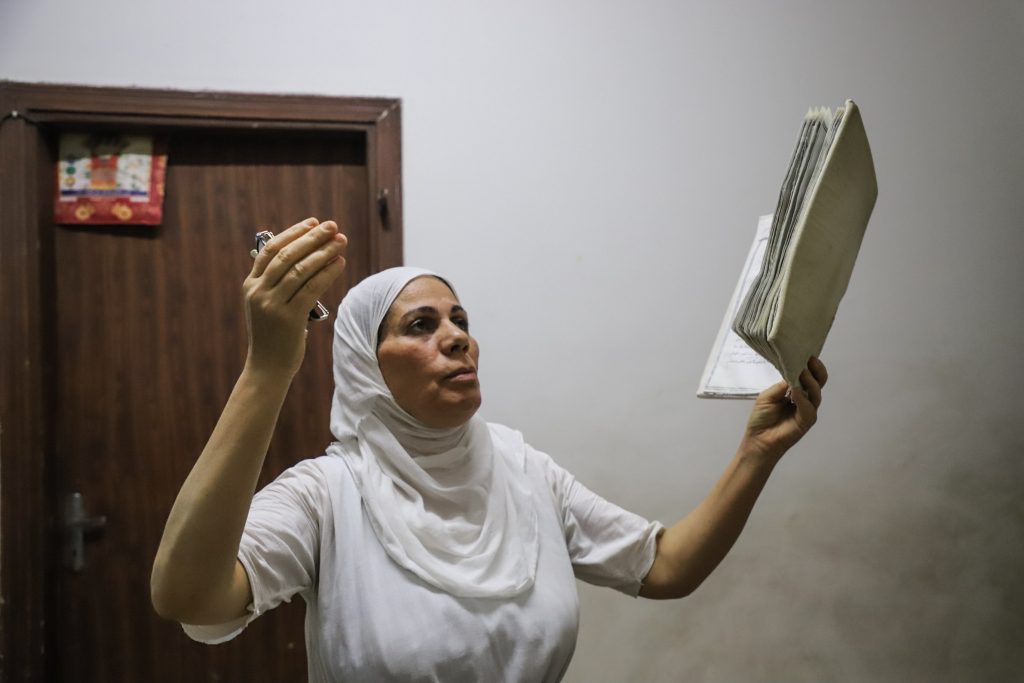 Meanwhile, Issa’s neighbor, whom he says before 2003 was a good friend of his, began developing extremist beliefs and reported Issa to Iraqi authorities for engaging in “terrorism,” prompting Iraqi security officials to detain and interrogate him for a week.

Nevertheless, Issa and his family were determined to stay in Iraq. But one day in 2016, Issa came home from work and found an envelope posted on his door. Inside were a bullet and a note warning that if he and his family did not convert to Islam within seven days, they would all be killed.

Issa went to the police to report it and ask for protection. But, according to Issa, the police did nothing except advise him that it was in his best interest to pack up his things and get out of Iraq.

“There’s no law in Iraq and no one can protect you,” he told The Indy from Amman, where he currently resides. “We had no choice but to leave.”

Some 5,000 Mandaeans still in Iraq are “facing more or less the same situation,”  Marashi says.

In Jordan, which hosts more than 1.3 million asylum seekers and refugees registered with the UN Refugee Agency, the Mandaeans are safe from the extreme persecution they faced back in Iraq, but their lives are far from normal.

Many among the Jordanian population are prejudiced against them because of their religion.

The country also only has one major river: the Jordan River. But the Mandaeans have been barred by the Jordanian government from using it for their religious practices because it is a tourist attraction, according to the group.

In response, the Mandaeans began using water from Wadi Shuaib, a spring. “It’s not a river, but we went there because we had no other choice,” Issa said.

In 2016, however, the Jordanian government also prohibited them from accessing the spring, allegedly for their own protection, as they could be targeted by strict Salafi Muslims residing near the area.

But Issa tells The Indy he believes they are being restricted for the simple fact that they are Mandaeans.

The group now must access water on private lands at the al-Bahath springs in Amman. They pay about $4 each to access the water for special religious occasions like marriages and baptisms.

According to the MAU, Mandaeans are now scattered throughout the Middle East, Asia and Europe, with at least 1,400 Mandaeans seeking asylum in Jordan.

Rights groups have warned that the Mandaeans’ ancient language, culture and religion are facing extinction due to their displacement around the world.

“If we were animals being decimated like this and nearing extinction, there would be NGOs formed around protecting us,” Hasan said. “But the world has ignored us. No one is trying to protect us.”

Hasan tells The Indy that Mandaean asylum seekers and refugees have lost hope for the survival of their religious practices. “We are only looking for safety and a future for our children,” he says. “We don’t have the energy to think about the survival of our culture.”

Asylum seekers are not permitted to work in Jordan and those The Indy spoke to in Amman say they are not receiving assistance from the United Nations Refugee Agency. Many are living off their dwindling savings from Iraq. Assuming an unexpected emergency doesn’t eat up all of the funds, Hasan estimates his current savings won’t last him more than another year.

His only chance at a normal life for himself and his family is if they are resettled, but all of their applications have so far been rejected.

“I don’t care what country I go to,” Hasan said. “I just want to go to any country where my family and I can be safe; whether that’s France or Somalia, I don’t care. Our lives are so hard and precarious here in Jordan. When our money finishes, we will have no choice but to return to Iraq to die.”

Humanity On The Move 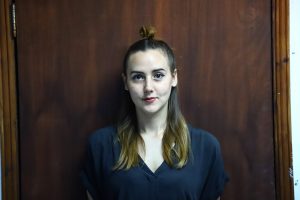 This is the third in a three-part special series by The Indy’s Jaclynn Ashly that looks at the challenges faced by migrants in Europe and the Middle East at a time when anti-immigrant sentiments are erupting across the world.

African migrants find themselves between a rock and a hard place in Malta.

Iraq’s Mandean people are trying to start their lives over in Jordan, but the authorities there don’t want them go anywhere near the river water that is sacred to them.