The Indypendent has placed scores of outdoor news boxes around the city over the past three years and our monthly circulation has climbed to over 40,000 papers a month. This would not be possible without a network of neighborhood-based volunteers who maintain our boxes and find new venues for the paper. Here are some of their stories

To find out how you can help, email contact@indypendent.org or call 212-904-1282. Or, grab a batch from your nearest Indy street box and start sharing the paper with friends, neighbors and co-workers. 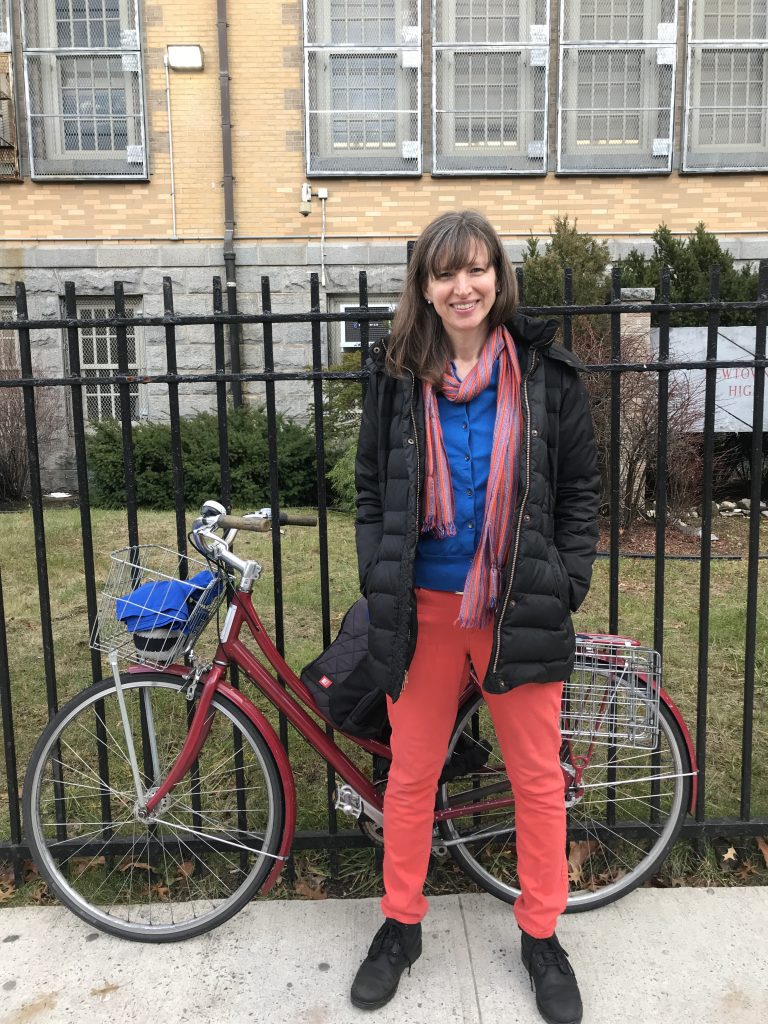 I’m an Adopt-a-Box volunteer because it’s a simple way I can contribute to independent journalism in my community where I work as a public school teacher. The boxes in my neighborhood are located in areas I often pass by: the library and the post office. I check them and make sure they look attractive and clean, and that they’re filled only with Indys. If there’s an issue of special importance to my community such as the election campaigns of Alexandria Ocasio-Cortez or Tiffany Cabán, I help get extra bundles out in the neighborhood.

If you walk or bike in your neighborhood, please consider becoming an Adopt-a-Box volunteer so that more people have free access to The Indy. 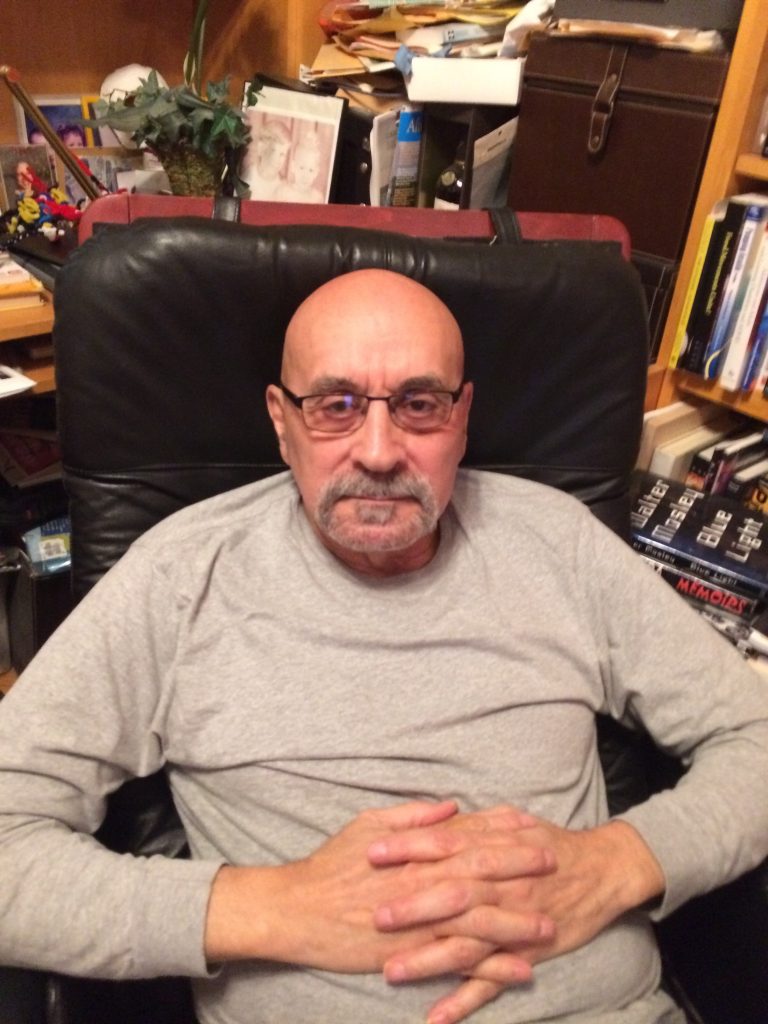 I was active in the Puerto Rican left before I moved to New York in 1978. Once here, myself and nine others started a neighborhood organization on the south side of Williamsburg. We published our own newspaper, El Pitirre. It was a 16-page monthly that covered local struggles. It also had a section in every issue on Puerto Rican history. We printed 3,000-4,000 copies per issue and would go through the neighborhood handing papers out to people on the main commercial strips. We also had people would come from El Barrio and the South Bronx and take papers back to their communities.

Before I retired, I was an organizer and political operative for the 32 BJ SEIU union for many years. About three years ago I saw a feature about The Indy’s Adopt-a-Box program in the paper, I decided to get involved too. I watch over the box at the 45th Street R train stop. People want something to read in the morning when they are on the train and The Indy is the only paper in New York providing in-depth information you won’t see in the mainstream media about struggles that people are going through.

I also take 130 papers every month to the 32 BJ headquarters in Chelsea. I go from department to department and give copies out one at a time to staffers at their desks. If I leave a paper out and someone else takes it, they will ask me the next time, “Where was my paper?” 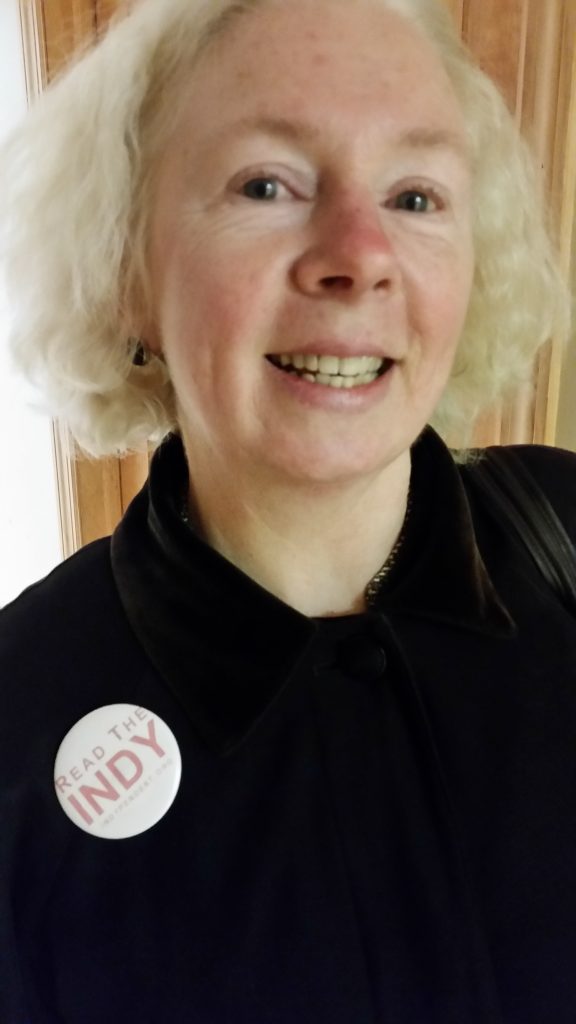 I used to subscribe to the old (U.S.) Guardian newspaper, a radical newsweekly that folded in the early 1990s. It taught me a whole lot about the world. These days, I consider The Indypendent to be essential reading. I went to law school because I wanted to work for social justice. But there’s only so much you can do as a lawyer. You have to build a mass movement.

I have lived in Fort Greene for about 30 years, long before it was described as a “good neighborhood.” Now I work on Wall Street. Not in the financial industry. Rather in a legal services office. I enjoy seeing “my” box empty out gradually every month as readers take the paper. It’s nice to know capitalism has its discontents!

I find other ways to get the paper out as well. I usually bring copies to National Lawyers Guild meetings where they are very well-received and to meetings of feminist groups I am active in. I also make a point of dropping off a number of copies in the jury room of the Kings County Supreme Court building on days when hundreds of people are called in for questioning to see if they would qualify to serve on a jury. There are a lot of bored and unhappy people there, so why not give them a chance to read a free paper for free people! 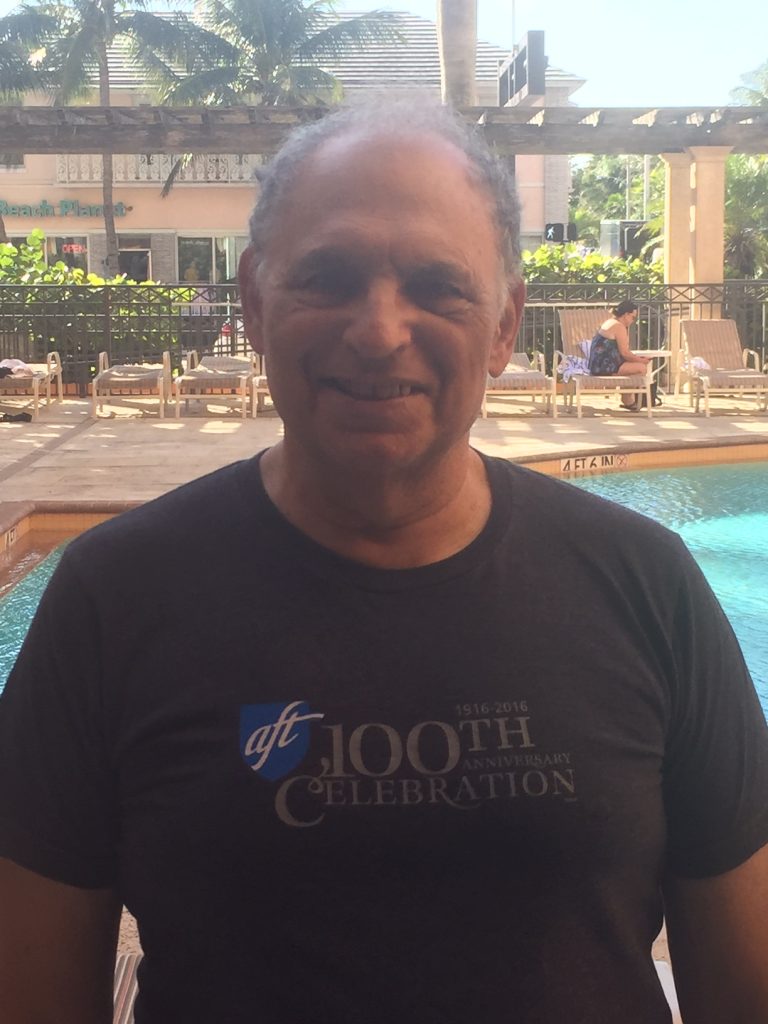 I grew up in East New York, Brooklyn, and became an elementary public school teacher in 1967 solely due to the draft deferment but ended up hooked on teaching. I became politicized by what I saw happening educationally and politically in the school district in Williamsburg which was a poor neighborhood. The kids were getting screwed by the way the school system was being run. I supported the teachers union strikes in my first two years but in following years thought the union should fight harder for the schools. I became active in several opposition caucuses inside the union to try and move it in a more progressive direction. In 1997, I started a newspaper called Education Notes that provided news and critical analysis about what was happening in the schools as well as the union. At one point we were distributing as many as 20,000 copies per issue to teachers at their schools.

People’s inboxes are bombarded with emails. A hard copy newspaper is still the best way to reach people. I began following The Indy more closely in 2009-2010 when it covered Bloomberg’s closing of dozens of public schools in a way that no other publication did. The Indypendent’s non-sectarian, reality-based leftism is something I feel comfortable with.

I enjoy helping the paper spread its roots to new places, especially public libraries where most librarians I’ve talked to welcome the paper. In the past year, I’ve started leaving stacks of The Indy at three libraries in the Rockaways and the library in Broad Channel. I’ve also gotten The Indy into the new library in Hunters Point, a couple of libraries on the east side of Manhattan and  the CUNY School of Labor and Urban Studies. I’ve also handed it out at the UFT delegate assembly. If more people become involved, I think we could get The Indy into almost every public library in the city.

Support independent media today! Now in its 20th year, The Indypendent is still standing but it’s not easy. Make a recurring or one-time donation today or subscribe to our monthly print edition and get every copy sent straight to your home.