But the real shot-caller in Brooklyn appears to be Mayor de Blasio, who’s lining up his plans for 2022, when he and his wife Chirlane McCray leave Gracie Mansion.

Bichotte’s elevation came in the wake of the surprising retirement of Frank Seddio, the straight-from-central-casting figure who had been Brooklyn’s Democratic leader since Vito Lopez bowed out amid charges of sexual harassment in 2012. Before taking the reins as party leader, Seddio had been no stranger to scandal. After his election as a Surrogate Court judge in 2005, he was forced to resign over campaign finance irregularities two years later. But Seddio’s cronies have continued to plunder Surrogate Court estates. 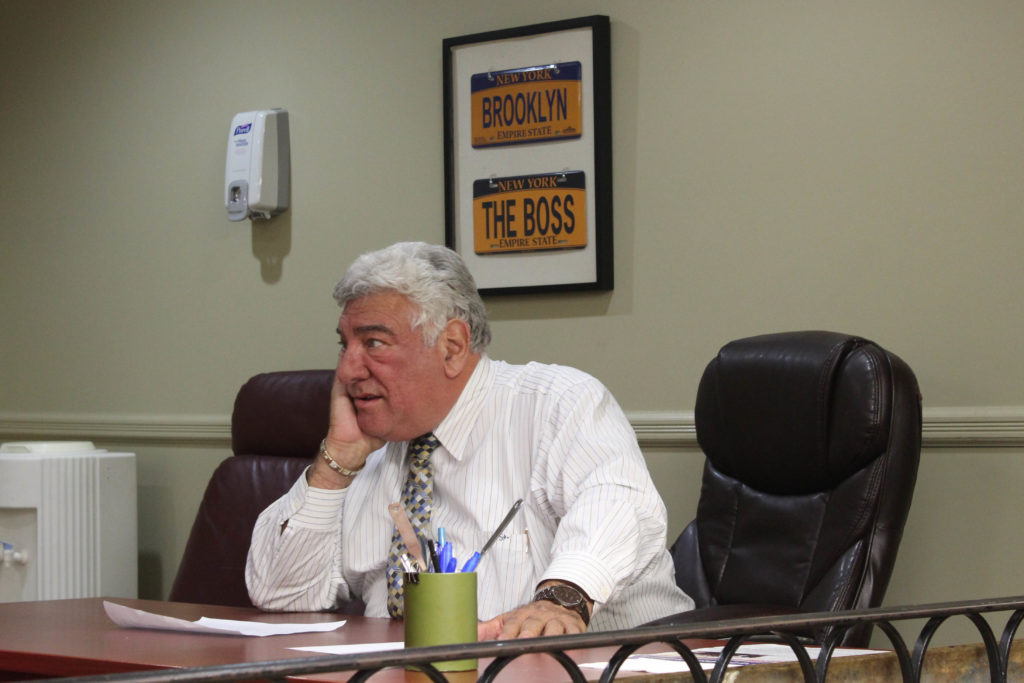 Yet with ethical clouds hovering and rumors of a federal indictment swirling, the outgoing boss and the number two figure in the party, the ethically challenged Frank Carone (who is also Seddio’s law partner) essentially anointed Bichotte as the new leader.

Although Kings County has one of the largest blocs of Democratic voters in the United States, Brooklyn’s loyal readers of the New York Times may not be aware of the dubious transition, because the “paper of record” did not report it. But even as the party faces calls for reform, Bichotte promises to be business as usual.

As Clifford Michel reported in The City, Bichotte has been nothing if not transactional during her three terms in the State Assembly. Bichotte’s most recent filing shows that she has more than $450,000 in her campaign coffers. As chair of the Assembly’s Minority and Women-Business Owned Enterprises (MWBE) Committee, the lawmaker has pushed through measures that exempt large MWBE entities from competitive bidding on city and state contracts under $500,000. In turn, as Michel noted, “Bichotte’s campaign account is packed with donations from the principals of registered MWBE’s.”

While Bichotte has vowed to recruit fellow female and immigrant candidates in order “to amplify the voices of their local communities,” the new party boss is certainly not on the same page as the clean-money insurgents. In 2018, the Seddio-led party failed to thwart two grassroots insurgents, DSA-backed Julia Salazar and WFP-supported Zellnor Myrie, from taking State Senate seats away from veteran incumbents.

As the various 2020 races take shape, it seems quite unlikely that Bichotte will support the insurgents. The DSA’s Assembly slate in Brooklyn —Boris Santos, Phara Souffrant Forrest and Marcela Mitaynes — is trying to unseat three entrenched Democratic incumbents, and the DSA’s Jabari Brisport is up against Bed-Stuy Assemblywoman Tremaine Wright, Bichotte’s colleague, for the seat of retiring State Senator Velmanette Montgomery.

While he says “it’s obviously too early to say” what kind of party leader Bichotte will be, Santos tells The Indypendent that he “hopes she will be democratic, seeking a vote from County Committee members in districts on endorsements.” The party appears to be moving in the opposite direction, however.

Meanwhile, Bichotte is likely to let Carone oversee which judge candidates the party backs. That the new boss also has close ties to Attorney General Tish James doesn’t bode well in terms of oversight of any games Bichotte and Carone will play.

One of Bichotte’s first moves was to bring in the ubiquitous consulting firm Berlin Rosen to handle the party’s communications. The move is not surprising, given that outfit’s ties to Mayor de Blasio. Bichotte is one of only two elected officials who endorsed de Blasio’s presidential vanity run. The new boss then hired Jon Paul Lupo, senior advisor to that campaign, to fill seats in the party’s county committee.

All of these moves lay the groundwork for Chirlane McCray’s likely run for Brooklyn borough president in 2021. Last spring McCray had trouble explaining to the city council the basic work of ThriveNYC, her signature mental-health program that has cost the city over $800 million to date. And she’s even more dismissive of criticism than her notoriously peevish husband.

But with the party’s backing, and older black voters a dominant force in Brooklyn elections, McCray will be difficult to beat. Outgoing Brooklyn Borough President Eric Adams also stands to gain from his close ties to de Blasio and the Brooklyn machine in his 2021 bid for mayor.

The borough’s leading developers no doubt would be pleased to continue partnering with de Blasio, who somehow believes that luxury condos are consistent with his administration’s fight against inequality. The mayor recently has started talking up the stalled BQX trolley plan for the Brooklyn waterfront (aka, a flood-zone). It’s a pet project of the Walentas clan, whose Two Trees Management owns much of DUMBO as well as the large Domino site in Williamsburg.

Two Trees, of course, is a preferred client of Berlin Rosen. In Bill de Blasio’s Brooklyn, the developers always manage to come out ahead.

CORRECTION: An earlier version of this article, in print and online, misidentified a member of the DSA’s state Assembly slate. Phara Souffrant Forrest not Farah Louis is the DSA-endorsed candidate running in 57th Assembly District to represent Prospect Heights, Fort Greene, Clinton Hill and parts of Crown Heights and Bed Stuy. Louis is a machine-backed City Councilwoman who won Jumaane Williams’ old seat after he became public advocate.