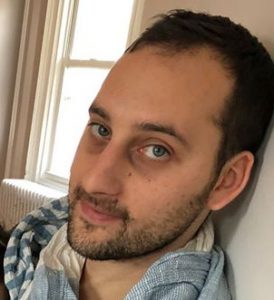 My earliest memory of being politicized was by my high school history teacher, Dr. Charles Case. It was the fall of 2000 and the USS Cole, a U.S. warship, was bombed off the coast of Yemen. The media was predictably portraying the United States as a victim. It seemed that way to me too.

Dr. Case’s mantra was “there are two sides to everything.” He asked us pretty simple questions: “What was a U.S. warship doing off the coast of Yemen? How close did we think a Yemeni warship would be able to get to our coast without being blown out of the water? Who really started the conflict?”

He flipped my world. I just had never thought of it that way.

Today I was listening to The Daily, the popular New York Times podcast, and the very fair and reasonable pundit said this whole assassination of Soleimani was kind of problematic because, you know, it happened on Iraqi soil where, we were reminded, we are guests, invited by the Iraqi government to protect them.

The host left out the part where we installed the Iraqi government during an ongoing military occupation that has taken over two million lives, mostly civilians. It almost made me throw up.

It made me grateful for Dr. Case. His lesson that day wasn’t just about U.S. imperialism — the U.S. has military bases in more than 70 countries around the world and is responsible for more death and destruction than I can put into words — it was about how we frame debates. What are the parameters of the stories we tell? How far back do we go? What are our starting assumptions?

The right is driving us toward war, again. But the liberal establishment has accepted its paradigm and its starting assumptions, even if not all of its members agree with the outcome.

Liberal news outlets invite onto their very reasonable television shows the architects of the invasions of Afghanistan and Iraq as experts we should listen to instead of as war criminals who should be behind bars. Democratic politicians remind us that “Soleimani was a very bad guy.” They just disagree with Trump over the timing and details of his execution. They say: ‘Why now? Why such a drastic response? Very unstrategic.’

Most of our politicians loved it when Obama continued the wars, expanded drone strikes, maintained the Patriot Act. A few weeks ago, most of these Democratic politicians voted to increase the Pentagon budget to $738 billion per year, a $130 billion increase since Trump came into office. They don’t want an end to endless war, they just want war to be done better.

We need something else.

We need movements that refuse to allow war in our name, that continue to force politicians to take an anti-war stance, that understand capitalism as the cause of the poverty and inequality that leads poor people to go kill each other so billionaires can get richer. We need media that isn’t owned by corporations. We need a political party that represents our interests. And, not to make a stump speech, because it’s much bigger than the Democratic primary, but shit, we need an antiwar candidate. My preference is the old Jewish dude who immediately put forward legislation to block a war with Iran, who has consistently voted against war, who uses his speeches to give history lessons on U.S. interventionism without equivocation, and who doesn’t give a fuck about being polite to Henry Kissinger.

No war with Iran. No war at all.