The Indypendent
Menu
A Free Paper for Free People
One of many New Yorkers who is tired of endless military conflicts in the Mideast. Photo: Julia Thomas.

The Indy hit the street this week, asking New Yorkers for their thoughts on the U.S.-Iran conflict and how they feel we should respond. Here’s some of what they had to say, lightly edited for clarity and concision. 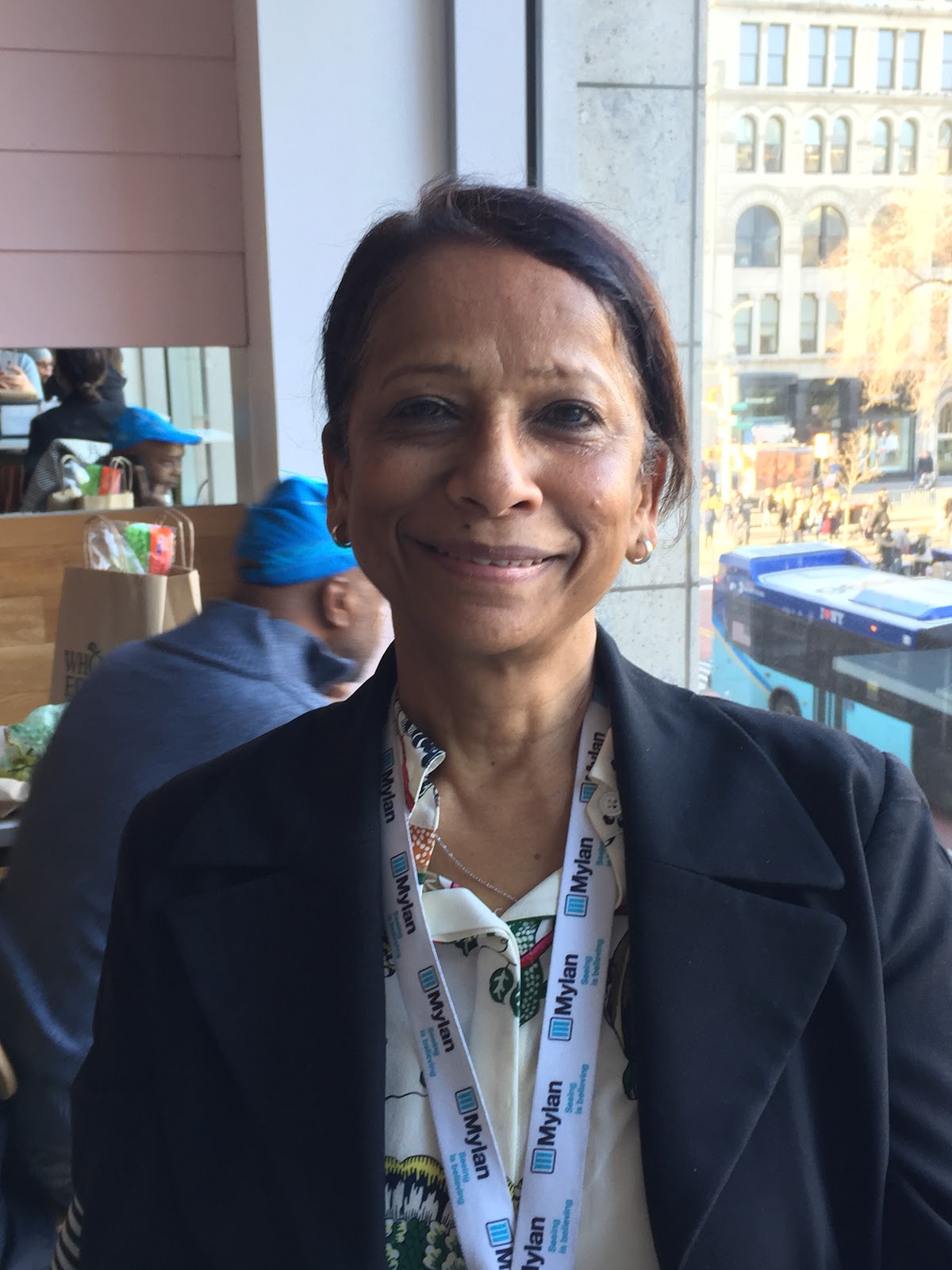 “Donald Trump is a liar. He started this conflict because he wanted to take the pressure away from the impeachment. He did that. I think it’s a distraction. We have a mad man in the White House and we just have to wait and see what happens. Get him out, vote him out or something.”

“I’m a former marine infantry officer. I fought in the first Gulf War. I led an infantry platoon in Kuwait. We have been at odds with Iran obviously since 1979 when they took over the embassy and the revolution there. There was a lot of the backlash against America as a result of our support of the Shah and his repressive government. In my entire lifetime it’s been animosity for the most part between our two countries.

“I think that the targeting of [Qasem] Soleimani was excessive and probably not justified. He’s a high ranking government official there. He’s been doing what he’s been doing for some time so I didn’t know what made it so imminent. If there’s information that comes to light, I would reconsider.

“That being said, pulling out of the JCPOA [the Joint Comprehensive Plan of Action, commonly referred to as the “Iran nuclear deal”] was a bad idea. There’s no rationale for that and it may be even tougher for us to contain Iran now. We should be engaging with them. Diplomacy means talking to people and bringing other means of influence whether it’s economic, political or social to bear.

“Most Iranians don’t hate America. But we make it easy for them to do so when we are so thoughtless about the way we work with them. I don’t think war’s imminent. If anything happens in terms of an ongoing armed conflict, it’d be more on the line of us bombing some of their sites and they maybe firing missiles at tankers or trying to bomb U.S. bases or embassies through proxy forces. It’ll be kind of a low-intensity conflict, which, of course, we would like to avoid, but I think they will still look for opportunities to strike us that can’t be directly attributable to them.”

“I suppose it would be relevant to mention I’m a member of the Communist Party USA. So obviously my perspective is that after World War II the U.S. became the number one world imperialist power in consort with the French and the British and we’ve been making life hell for the Iranians since the overthrow of Mohammad Mosaddegh. The killing of Soleimani is one in a long line of criminal acts. It’s an international war crime but we haven’t been averse to that in the past. But it’s unprecedented as far as I am aware in U.S. history, for a president to order the murder of a foreign leader and then brag about it. We’ve done this before, but we usually don’t admit to it. The fact that Trump admitted to it means he could be prosecuted under laws on the books now. And he should be.

‘I’m really upset and terrified about the whole thing.’

“But on the broader question of what the U.S. should do, I mean, what do the citizens of the United States do to account for a pretty bad 70-year history of armed military interventions and coups, imposing regimes that people don’t want on countries around the world? What do we do about that and how do we reorganize the anti-war movement?

“There’s a very inspiring revolutionary tradition in this country that we can draw on to bring all the troops home from the Middle East. I think it’s possible. I have a lot of friends in the military. I have three cousins who went to Iraq. I know this feeling is pretty well shared by veterans. People forget: What ended the Vietnam War, it wasn’t just the protests, it was the fact that soldiers in Vietnam literally started killing their officers instead of going into combat missions. There was a soldiers’ mutiny. That’s what ended the war. Aside from rebuilding the anti-war movement, we need to conduct outreach to conscientious objectors and GI’s who don’t want to participate.” 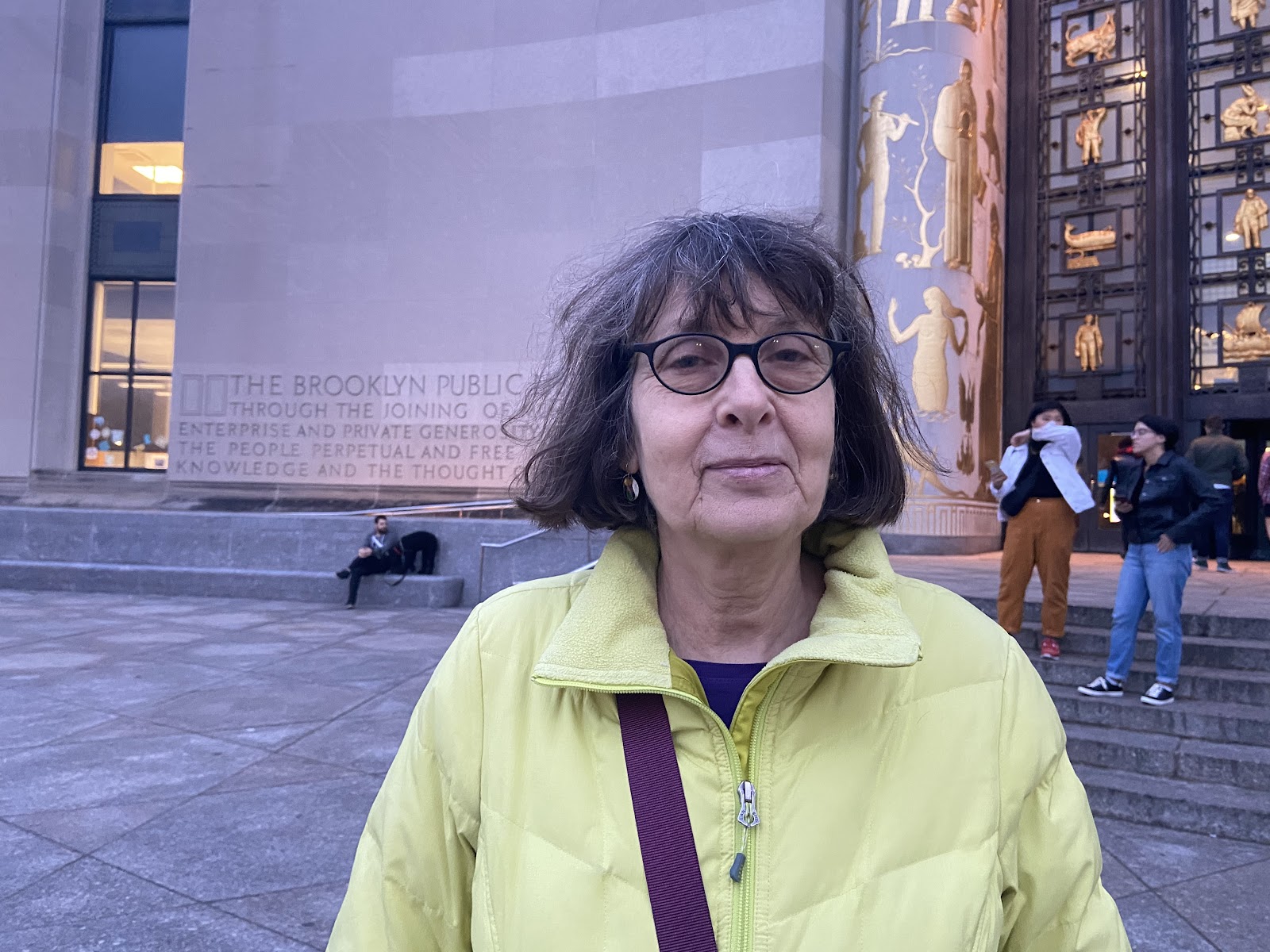 “I’m horrified because I know about Mosaddegh. Iran could have been a democracy and we undermined that. And now we’re interfering again. I think the strike was just a crazy way to deflect from the impeachment. Completely insane. I’m really upset and terrified about the whole thing. I hope the U.S. comes up with a new deal or reinstates the old one. I hope the downing of the Ukrainian airliner — the tragedy, the horrible tragedy of that — will bring people closer together, but that might just be wishful thinking. You open a Pandora’s box of war and this is what happens. You don’t know where it’s going to lead, and it’s just so ridiculous and a primitive, insane way to handle differences.”

“Donald Trump shouldn’t have done it. He should be impeached. He only cares about himself and he doesn’t care about the American people. I was surprised by the strike. I didn’t think something like that would happen, but we’re talking about Donald Trump here. He’ll do anything. He has too much power and that’s why he should be impeached. Hopefully they won’t retaliate. I was here for 9/11 and I don’t want that experience again.”

“I don’t think that we’re moving in the right direction. Things are escalating for unnecessary reasons and I don’t support what’s going on. Especially with the recent events of the impeachment trial. It doesn’t look like he’s going to get removed from office, it feels like he’s just trying to blow shit up before he gets blown up further. The amount of loss and suffering that’s going on over there and the retaliation that happens because of it, I don’t support it.

“I think that we should fucking leave them alone, I don’t think that we should be there and messing with what’s not ours right now or ever. It’s just not our business to be there,  making shit worse for them. Bernie Sanders is the only candidate who has put forth any kind of plan of action in terms of not only what we do domestically, but in international matters.”

“It seems like a mirrored kind of process to something that happened when I was younger, with Bush and Iraq, and it seems like the escalation is something that we’re helpless to do anything about, much like what’s been happening since we got elected. Besides following the news, I don’t really know what else to do or say or feel. I am Chinese-Canadian. I grew up between Beijing and Canada. The War on Terror happened when I was in Canada but I never really understood American politics until living here and how divided it is. From the outside, it’s hard to understand the difference between what the country decides and what the other half of the people in the country believe.

It’s interesting to now live here and watch things unfold and hear what people say who are more liberal and not necessarily represented by their government.”