Here we slept outside. Here we painted protest signs, played drums and danced in a sweat-flinging frenzy. Here we yelled, “mic check” and our chant of the 99 Percent rippled through the city.

Walking to Fulton Station, I usually zip past Zuccotti Park, my mind on a million other things but today I stopped. Eight-year-old memories returned. I saw the tent city we erected, Occupy Wall Street. I saw again the radiant faces. Some beautiful lightning had struck us and we were dizzy with hope.

The park is half-empty now, crisscrossed by businessmen and construction workers but lately I’ve felt something big looming. A need to hope and be vulnerable, to play and be dizzy. I take out my cell phone and hold it up. Onscreen an article shows a Bernie rally. I imagined it was 2021, the 10th anniversary of Occupy, and were gathered here again but now Bernie was president.

The fantasy lasted until I thumbed the next article, “Bernie Draws Criticism for Touting Joe Rogan Endorsement.” Turns out, Rogan is problematic. We all are in some way, but I shook my head. The Republicans fight us. The liberals fight us. And we fight us.

From Conscious to Woke

Live in New York long enough, memory piles upon memory until it breaks into waking life. I left Zuccotti for the Brooklyn Bridge. Each street had been a battleground between activists and police. I remembered younger versions of me, dreadlocks swaying down my back, as I scribbled in my reporter’s notebook. As much as I wanted to be the solution, I was also part of the problem.

In the ’90s we called it being “conscious,” today we say “woke.” It began as heartfelt work to reconnect with our ancestral struggle. It sometimes ended with us activists of color wearing the mask of the victim out of insecurity or guilt or vainglory. We attacked the white left for not “getting it” or shamed it. They sensed something odd but were hamstrung by not wanting to reinforce the same oppression they vowed to fight.

Today, we call it “identity politics” and the first time I discovered it, I fell in love. It was 1998 at a Puerto Rican independence march. I watched a giant flag carried by old and young activists. One man wore a Taino loincloth and blew a conch shell that made a huge horn blast. I was like “What next, is he going to call forth a hurricane?”

One side of the flag sagged and they did not want it touching the street, so a young woman yanked me in and I picked up the slack. By accident, I was carrying a sacred symbol of my parents’ homeland whose language I did not speak. Mr. Taino blew his horn. I repeated the Spanish chants. The Puerto Rican flag billowed in our hands like the sail of a ship. Our voices were the wind, blowing that precious word, “libertad.” 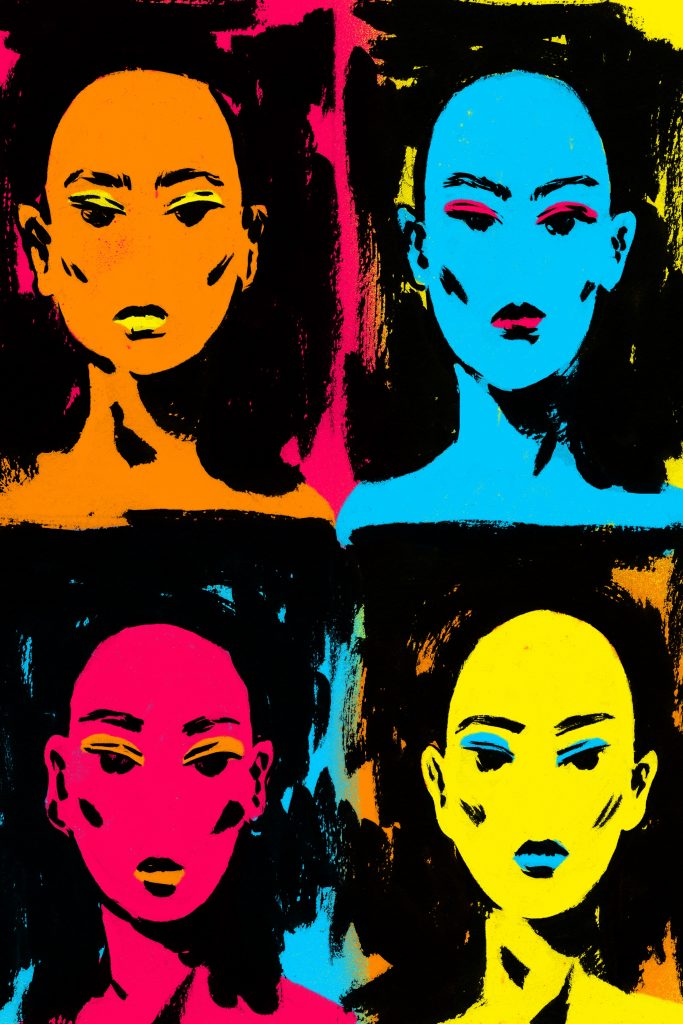 A lot of us went through a transformation. Sistahs I knew cut off chemically straightened hair. They paraded bald heads or fluffy afros, Africa earrings and Bob Marley shirts. Brothers wore dreads, Malcolm X hats and carried his autobiography like a Bible. We needed to see ourselves in the future we tried to create. It worked. Almost.

What we did not know was the language of identity was being sold back to us. Street vendors hawked the latest gear. Later mannequins in high-end downtown store windows wore conscious fashion. We could stand in front and see reflections floating over more expensive versions of us. Years later, we entered graduate school or nonprofits or corporate America and again the language of diversity was sold back to us. An insidious thing began to happen. We learned how to commodify our pain.

Trauma. Reparations. KRS One. Dead Prez. Jeru the Damaja. The Fugees. Social justice. Deconstruction. My head buzzed with new language, new music that was my New York soundtrack, one that cast the city as a modern Babylon.

In graduate classes or in the street, I traded with others the latest radical ideas like rare baseball cards. Who had the authentic one? Who had new pain? The more I used them, the more I became trapped in a performance of oppression. Friends, good deep friends, struggled to balance the reality of their lives as full complicated beings with the image of the victim or activist that was marketable to liberal institutions. At one point, we held mock exorcisms in our shabby apartments; we splashed on Florida Water and palmed a friend’s forehead to release them from the demon of jargon.

Just then, I shook my head at the foolishness and realized, somehow, instead of going to the Brooklyn Bridge, I was at the 9/11 Memorial. A cascade of water washed into dark holes as if to cool the rage of 3,000 souls. Feeling the ground shake. Seeing towers collapse. Breathing human ash. It shook me and a lot of us out of language.

The word “victim” takes on a different weight when you see a family weeping at a house reduced to rubble. Every time I returned to the U.S. the rhetoric of social justice felt increasingly theatrical. Yes, most used it sincerely if clumsily. Too many used it to leverage power dynamics in a room to advance untested ideas. Or to just advance themselves.

I sat in meetings and seminars, marched in protests and read essays where victimization was used to take historical pain and privatize it. Was this a neo-liberal form of identity politics? If so, a full circle had been drawn. The new generation not only bought the language of diversity, but sold it back to the very liberal institutions that had set its value. Triggered? Traumatized? Outraged? Appropriated? Call them out. Cancel them. Be rewarded.

Maybe that’s the way it is? Resentment masking itself as pride in one’s wounds. I leaned on the memorial, engraved with names and watched the flow of water down into the holes. Some depths are never reached.

Finally, I got to the Brooklyn Bridge, sometimes the only quiet place in the city is a long cold walk over the waters. The air was biting. Another memory rose up.

Five years ago, we marched across this bridge in a Black Lives Matters protest. It was night. Our voices shook the air. Giddy and grim, we leapt in front of the bright headlights of cars, holding signs. In the eye-burning glare, we were silhouettes that stopped a city.

Afterwards, I was startled to see how mixed the protest was. A lot of whites. A lot of people of color. A lot of loving solidarity. We protested to stop the killing of unarmed Black people and also to stop the way America kills pieces of us, sometimes the most precious parts in ways great and small every day.

The great promise of identity politics and intersectionality comes for me not in discovering how to name my pain, but when it leads me to other people. No one can own pain. Too often, it owns us. Too often, we blindly give it to anyone weaker. The way to stop it from destroying more lives is to transform it into love. Free. Wild. Love.

The memory of the march dissolved but the glow of solidarity rose higher. Something big was looming. These days also have a static charge. It’s Bernie Sanders but bigger than Bernie. It is the victory that comes when we lift each other up, up, up until that strange lightning strikes. And everything we could be appears again.