Michael Bloomberg is running a stealth campaign for president, just like his run for New York City mayor in 2001. Then, a string of Democratic candidates were lined up to replace the term-limited Rudolph Giuliani. Bloomberg avoided public debates, secretly used his millions to win the allegiance of influential civic and nonprofit groups, and never challenged the media myths that claimed Rudy “cleaned up the city” and led the response to the 9/11 attacks.

He worked intensely for Wall Street and real estate, using his billions to buy support from civic and community groups.

Giuliani backed Bloomberg’s bid (after an unsuccessful attempt to use 9/11 as an excuse to postpone the election), and Bloomberg continued his most onerous policies, such as racially biased stop-and-frisk, giveaways to big developers and attacks on unions (including refusing to renew their contracts). Bloomberg used his strong ties to the media, and silenced his own media empire, to stifle any significant criticism. He said he would solve the city’s affordable-housing crisis — but it got much worse during his tenure as mayor, so it is hard to take seriously his claims that as president he would solve the nation’s housing crisis.

Bloomberg used his billions to buy three four-year terms as mayor, during which his aggressive land-use and housing policies advanced his vision of New York as the luxury city. He promoted hyper-gentrification and the displacement of working-class communities of color, and greenwashed it all by projecting himself as a global champion of environmental stewardship, with a little bit of environmental justice thrown in. He launched an ambitious “affordable housing” program, but it only fueled gentrification by favoring higher-income households.

Many liberals and progressives are falling for the Bloomberg hype that he’s the best alternative to Trump. But they really need to check out the billionaire’s record, which built on and supercharged Giuliani’s attacks on communities of color and labor, and understand how he worked intensely for Wall Street and real estate, using his billions to buy support from civic and community groups. Although Trump may be known for self-serving deals, Bloomberg used his personal wealth and private foundation to advance the interests of his corporate class.

After publicly declaring “if you have money, come to New York,” Bloomberg managed to rezone around 40 percent of the land in the city, stimulating luxury development and displacement in the lower-income communities of color that were coveted by real-estate investors, while at the same time protecting middle-income white communities. His policies stimulated gentrification and displacement. He faithfully held to the neoliberal credo that the only way to solve the housing problem was to incentivize private development and reduce government regulation. He ignored public housing’s huge capital deficit and proposed instead to build market-rate housing on some of Manhattan’s most coveted public-housing complexes (this was ultimately defeated by tenant opposition). At the same time, he poured billions of public subsidies into vanity real-estate projects like Manhattan’s Hudson Yards, where condos are now selling for upwards of $50 million. 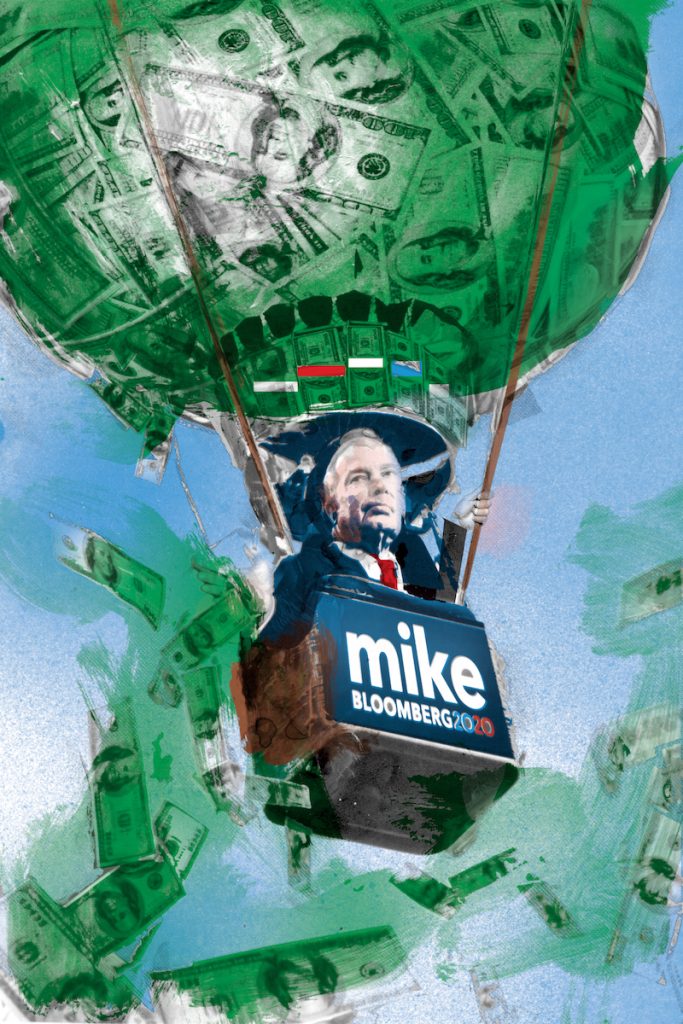 The myth is that Bloomberg can’t be bought because he’s a billionaire — but the real problem is that he does all the buying. His own private philanthropy, run by his domestic partner out of City Hall, shelled out payments to civic, charitable and nonprofit groups, explaining why many development deals sailed easily past divided communities. None dared call it corruption.

While Bloomberg dumped billions in public subsidies into megaprojects like Hudson Yards and quietly backed the state-sponsored Atlantic Yards in Brooklyn, he worked to convert the city’s public assets, schools and parks into public-private partnerships (with the public as the junior partner). While projecting the image of an efficiency-minded manager, he wasted billions on projects like the city’s failed bid for the 2012 Olympics, a stealth plan that would have triggered and subsidized extensive new real-estate development. He also appointed a corporate executive to head the city school system, challenging teacher protections, boosting charter schools and reinforcing inequalities.

On Bloomberg’s watch, Occupy Wall Street called attention to the huge gap separating the 99 percent and 1 percent when protestors took over  Zuccotti Park, one of the city’s most prominent open spaces, that was a product of a lucrative public-private partnership.

In 2007 Bloomberg gained global acclaim as an advocate for the environment when he issued PlanNYC: A Greener Greater New York. It was called a long-term sustainability plan, but was neither long-term, sustainable nor a plan. It was more like a checklist of projects, many of which had already been approved and underway and others that formed a wish list for large-scale real estate development. It was a growth plan promoting real-estate development, prepared by McKinsey & Co., the world’s largest management consulting firm. It was developed without seriously engaging community and environmental groups; I recall sitting in a roomful of activists and experts who were treated like elementary school children as the consultants asked us to write down our wishes on tiny pieces of paper and hand them in. 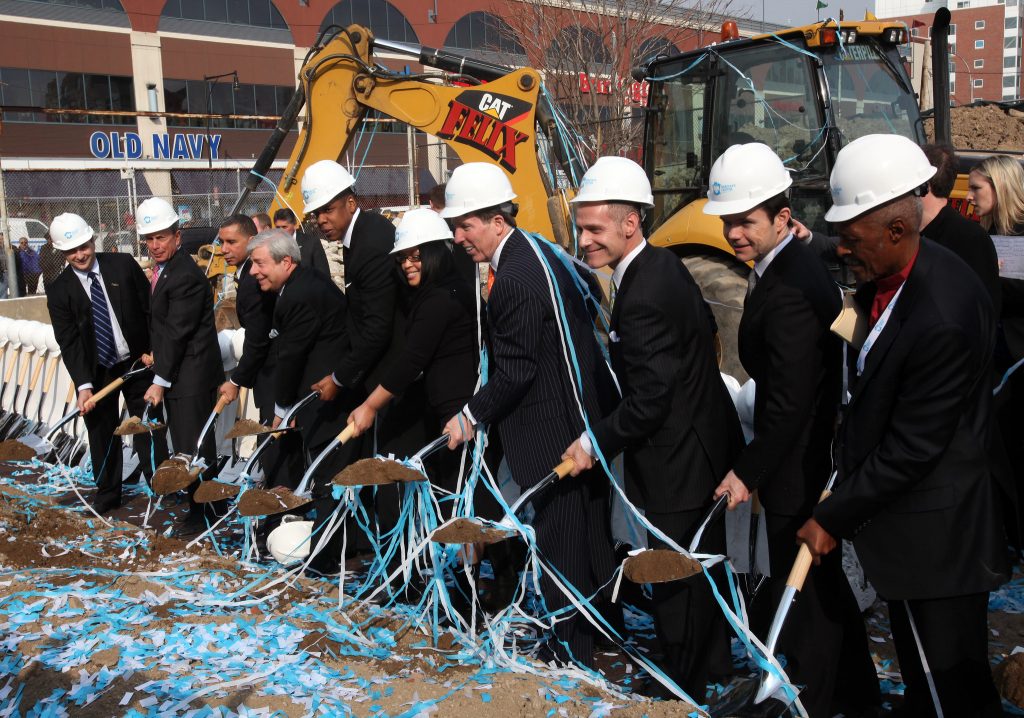 Bloomberg used the plan and his media savvy to brand himself as a global leader on the environment. He later leveraged this image to launch an international consulting firm that advises governments around the world on how to promote sustainable development (with an emphasis on development).

In 2012 Superstorm Sandy flooded vulnerable parts of New York City, and the racial and class biases behind Bloomberg’s claims of management expertise were laid bare. Tens of thousands of people in working-class communities and public housing, from the Rockaways to Red Hook, were abandoned while Bloomberg’s clueless bean-counters instinctively rushed to shore up the most valuable real estate. To fill the gap, communities organized relief in cooperation with veterans of Occupy, giving birth to Occupy Sandy.

Bloomberg’s phony claims of efficient management were also contradicted by the miserable performance of the Build it Back program, which he created using federal funds, to help homeowners rebuild. It is still the subject of periodic tabloid exposés about the broken promises and inefficiencies that were built into it.

To those who may still harbor illusions that Bloomberg is an antidote to the power-hungry Donald Trump, consider how Bloomberg used his personal wealth to buy support for a one-time exception to the city’s term-limits rule so he could win a third term as mayor. While Trump was skillful at manipulating local land use and tax rules for his personal benefit, Bloomberg proved a master at using them to benefit his billionaire class.

It would be foolish to expect him to be any different if he were elected President.

Tom Angotti is Professor Emeritus of Urban Policy and Planning at Hunter College and the Graduate Center, City University of New York.