It was a full-circle moment when Herman Bell attended the launch of the 2020 edition of the Certain Days calendar and shared how he conceived the project while he was incarcerated, urging friends to buy a copy by telling them: “Don’t be a square!”

The former Black Panther’s archaically hip cajoling denoted his 44 years behind bars. Given a 25-years-to-life sentence in 1971 for killing two policemen, Bell was granted parole and released in 2018, after decades of grassroots organizing and critical reforms, which the calendar continues to support by raising funds for projects like RAPP (Release Aging People from Prison).

Bell had the idea for a collaboration between political prisoners and their supporters in 2000 and started the calendar with two other men held in New York maximum-security prisons and some Canadian students who visited them. Robert “Seth” Hayes was a former Panther who got 25 years to life in 1971 for the death of a transit officer, and attempted murder of police who stormed his apartment. He died in December 2019, at home, after being paroled just the year before. David Gilbert, sentenced to 75 years to life after a 1981 Brink’s truck robbery with the Black Liberation Army, remains in prison and is still part of the project.

“The calendar arose from connections people made across prison walls and borders,” Sara Falconer, a Canadian collective member since 2003, told The Indypendent. “It’s amazing to see what we’re able to accomplish across all of these different barriers.” 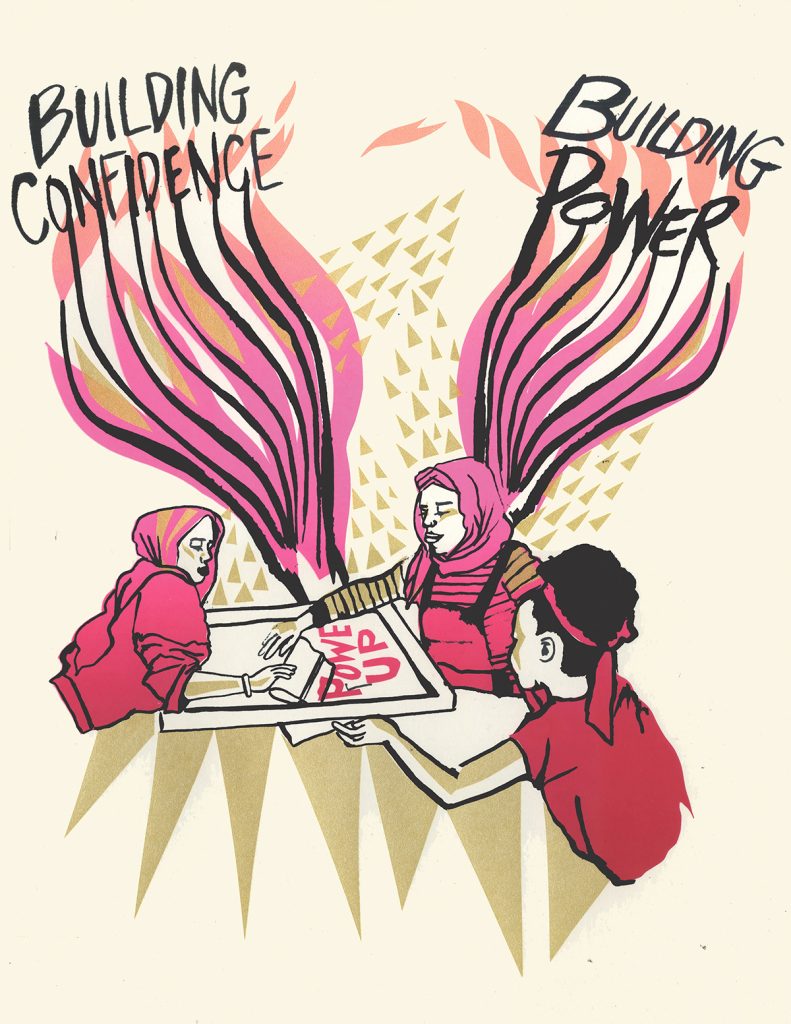 Each new edition of the calendar features 12 original artworks and essays related to a theme — this year it is “Knitting Together the Struggles” — and marks key dates such as the Trans Prisoner Day of Action, radical history like the Attica Prison Rebellion, or the births and deaths of revolutionaries.

“The calendar, very particularly, is meant to be on your wall every day reminding you of things that you might not otherwise think about, and names and stories of political prisoners that you may not even know existed,” said Falconer.

“I always look at it as a bit of a Trojan Horse,” added Daniel McGowan, who first contributed to the calendar in 2008 while serving a seven-year sentence for charges for his role in a series of actions related to the Earth Liberation Front, and became a member of the collective after his release.

“It is really important to know one’s history, especially for new people, who tend to feel by themselves,” McGowan told The Indypendent.

When he hung the calendar in his cell he says the events he read about in it helped him understand, “you are part of something that extends deeper into the past and while your experience here feels very intense to you, it is part of a broader tapestry.”

As he used the calendar to keep track of filing deadlines, the art improved his spirits.

“People say it is important to send beautiful things to prison,” McGowan said. “It does make a difference to wake up to that.”

While there are other radical fundraising calendars packed with art and information, like the Slingshot Organizer, this project features lots of contributions from people who are incarcerated.

“We send out a call-out early in the year so prisoners have time to see what our theme is going to be and think about what inspires them,” said Falconer. “We’re getting pieces from amazing prison artists, despite the fact they have limited access to materials and that it’s hard to get the actual pieces to us.”

Other artists who have contributed include Molly Fair and Roger Peet, who are members of the Justseeds Artists’ Cooperative, and Brooklyn-based Sophia Dawson, whose vivid portraits aim “to convey the true stories and experiences of oppressed people from political movements in ways that more broadly form, shade and convey the individual and collective injustices they face.”

Editors also compile information about people who have died in prison and updates on newer cases, such as that of whistleblower Chelsea Manning, and Xinachtil, formerly known as Alvaro Luna Hernandez, a Chicano community organizer who was sentenced to 50 years for disarming a sheriff who attempted to shoot him.

“Even as we see political prisoner populations shrink,” McGowan noted, “as long as we have resistance movements the state will incarcerate people from those movements.” 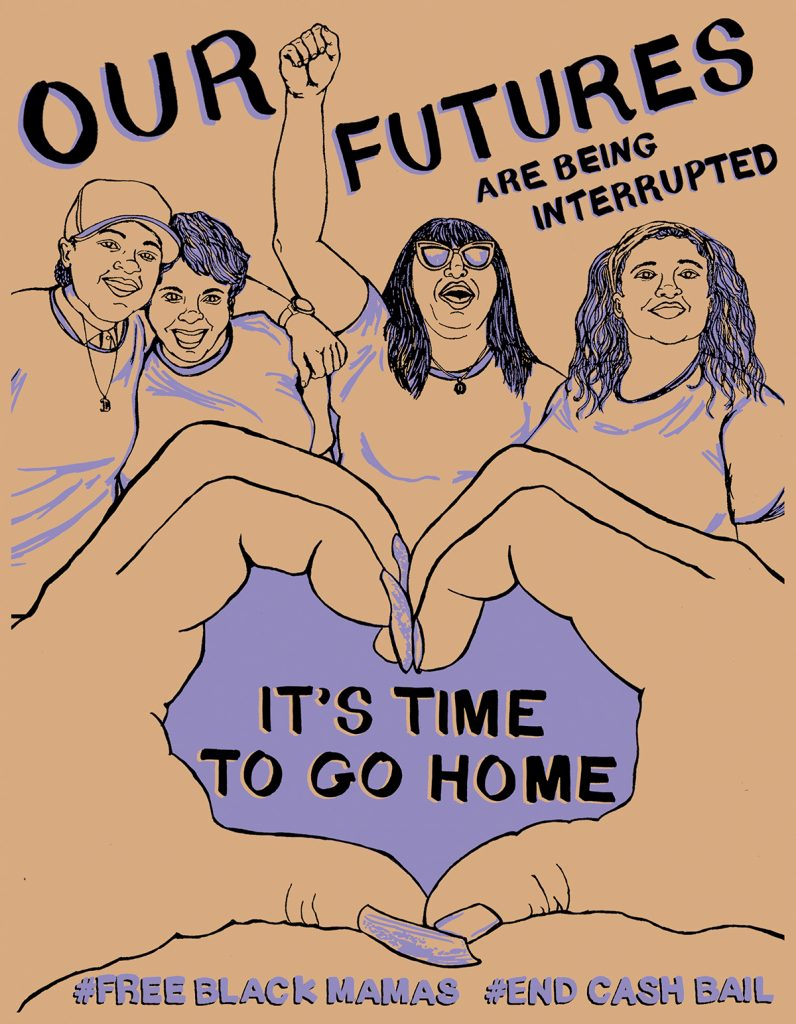 In the United States, the calendar is now distributed by Burning Books, based in Buffalo, New York, whose co-owner Leslie James Pickering is a former spokesperson for the Earth Liberation Front who challenged the FBI’s attempt to surveil and intimidate him. It costs $15 and all proceeds benefit RAPP, Addameer (Arabic for “conscience”) Prisoner Support and Human Rights Association, and related campaigns. Groups can buy copies in bulk for $10 each to raise funds and awareness, and prisoners can order them for $8.

“We go to significant ends to make sure it gets in there,” McGowan said. If a calendar is rejected by prison censors, he cuts out whatever they find offensive and sends it back. “We are involved right now in re-sending one to a political guy at Angola in Louisiana for the third time.”

In March the Certain Days collective plans to announce a new theme and call for submissions as it prepares to celebrate a milestone 20th anniversary.

“To have something that is both symbolically inspiring and materially impacting makes me really proud,” Falconer told The Indypendent, “and excited to see what’s next.”